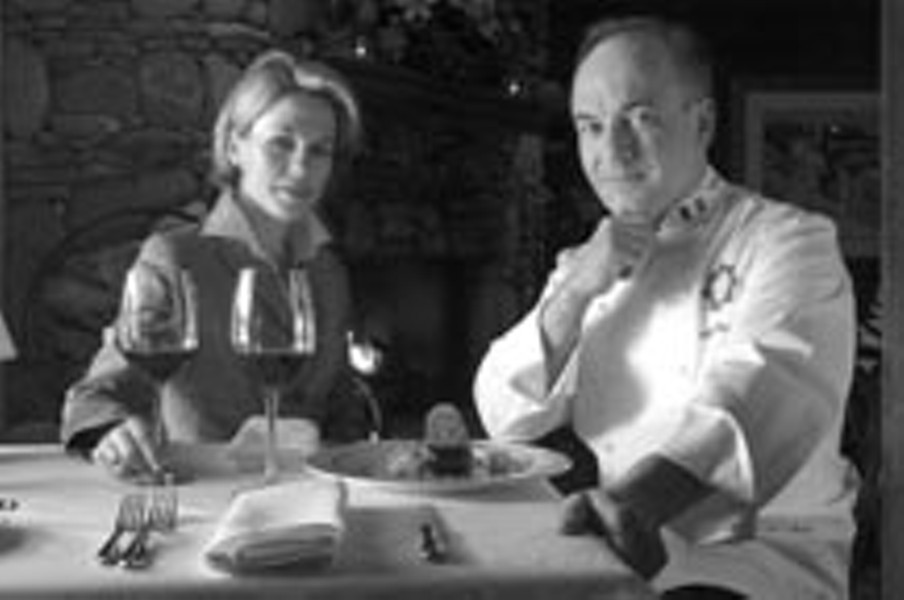 And then, the food. Although they keep onion rings on the menu in deference to the old place's regulars, the rest of their listings are straight from Alain Lecomte's repertoire of traditional French dishes: sautéed calf's liver with shallots and a Dijon mustard sauce, seafood crepes with a light beurre blanc, veal tenderloin in cognac cream.

Alain Lecomte began his career in restaurants at age 15 in Le Mans, watching five uncles succeed in the business and several cousins follow suit. Apprenticeships and opportunities followed in Monte Carlo and Paris, then an offer to run the restaurant at Prince Michel Winery in Madison County, where the couple stayed for 10 years and learned the tastes of their largely Washingtonian clientele. Meanwhile, Alain earned the title Maitre Cuisinier de France, 2000.

Now that the Lecomtes are in Richmond, things are somewhat more relaxed; they offer an uncomplicated menu, written in English, and an Americanized welcome in Annie Lecomte's still-rich accent. The chef, however, describes each day as training for an athletic competition that never ends. Two pots of veal stock on the stove each morning, 17 sauces. Chopping, butchering, baking, soup-making. Assembling the crab timbale with spinach mousse and lobster butter sauce, and another three dozen selections. Nothing leaves the kitchen without his approval. "To be consistent, you have to be in control," Lecomte says, "and I love to do everything."

His cooking methods have lightened up in recent years, with more emphasis on sauce reductions and less on butter and cream. "It is not like it used to be, with two pounds of butter in a dish," he says, laughing. "Now the proportion is more moderate, and I use less so that guests won't feel the meal was too heavy." Then maybe they'll order dessert: Grand Marnier soufflé, crŠme br–lée … la cassonade, cheesecake Parisienne.

Sundays, when the restaurant is closed, Chef Lecomte cooks in a command performance for his wife and children, preparing and serving a two-hour, multicourse French meal at home with the same attentiveness that he gives to the paying customers. This, he says, is his reward. — Deveron Timberlake