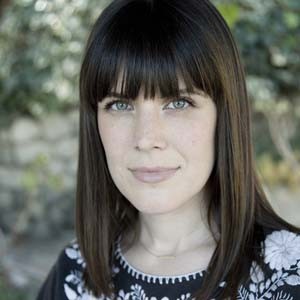 Jenny Hollowell's first novel, “Everything Lovely, Effortless, Safe” (Henry Holt and Co., $14), offers a chilling portrait of a struggling starlet hollowed by her unresolved past and the driving ambition that makes her vulnerable to the perils of Hollywood.

The starlet, Birdie, grows up in suburban Virginia with her evangelical Christian parents, marries a minister and then leaves them all, taking off on a bus to Hollywood to pursue the largest of dreams. After nine years, she's still auditioning for tampon commercials and renting the guest house of a wealthy producer, watching his lavish parties from across the yard. In Hollowell's hands, the oft-told tale of the price of making it reads like a Hollywood version of Cormac McCarthy's “The Road.” There's no Technicolor ending here. The author seduces the reader into a grim interior landscape with soulful language and refuses to make it all pretty by the last page.

Hollowell, much like her main character, grew up in Powhatan County in an evangelical Christian home. Against her family's wishes, she attended Virginia Commonwealth University's art school on scholarship, and went on to receive her master's in fine arts from the University of Virginia. As a freelance advertising producer in Los Angeles, Hollowell has an insider's view of actors struggling up the ladder. “It has to be one of the hardest things to want in the world because it's such a thankless process to try and get acting work,” Hollowell says, “and I kind of felt a huge sympathy for people who held that ambition. I wanted to explore it and get to the bottom of my feelings about it.”

Her life experiences led her to the compelling comparison of religion and celebrity that forms a theme of her novel. No longer religious, Hollowell nonetheless says that she values her upbringing. “It just made me think a lot about ambition and what that is,” she says. “Inherent in religious faith is some kind of ambition ... to want to feel selected in some way. And in thinking about that, it started to make sense to me why at this time in American culture the two things exist simultaneously … this culture that is obsessed with celebrity and the lives of movie stars and also is so religiously inclined. I think both of those desires have at their core this naked need to be noticed. We don't want to disappear off the planet without having somebody know our name.”  S