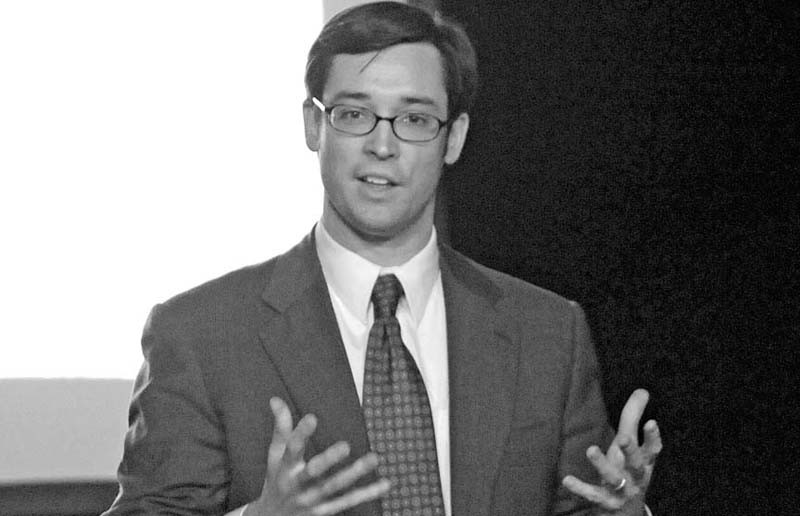 The ceremony opens with a vaguely hostile greeting: “Oh, Charles Samuels, we’ve come to exorcise your demons,” sings Mo Karn, member of the Wingnut Anarchist Collective and one of several others standing on the sidewalk in front of Samuels’ Fan District home.

It’s 11 p.m. on Friday, Oct. 14, and the City Council member from the 2nd District has become an effigy.

Karn and the group have walked through the Fan waking residents with drums, bells and other noisemakers to land at Samuels’ doorstep for a mock exorcism, a last whisper of objection to the controversial noise ordinance that he championed.

Enacted by City Council in June, the law limits noise in the city. In a manner, it’s become a somewhat defining piece of legislation for Samuels. While quietly supported by some constituents, an earlier version was ruled unconstitutional by a Richmond General District Court judge.

Days after the exorcism, Samuels is ensconced in a chair at Lift coffee shop on Broad Street answering questions: Yes, he was home during the protest. No, the pieces of legislation he’s championed — the noise ordinance, the dance hall ordinance — won’t solve “all of life’s problems.” Nor will everyone be satisfied by them, he acknowledges.

“Look at my district,” he says. “I have a huge cadre of students and young adult rental population. I’ve got black and white. I’ve got close to the richest and to the poorest. I try to do the right thing for all of them and for the city.” 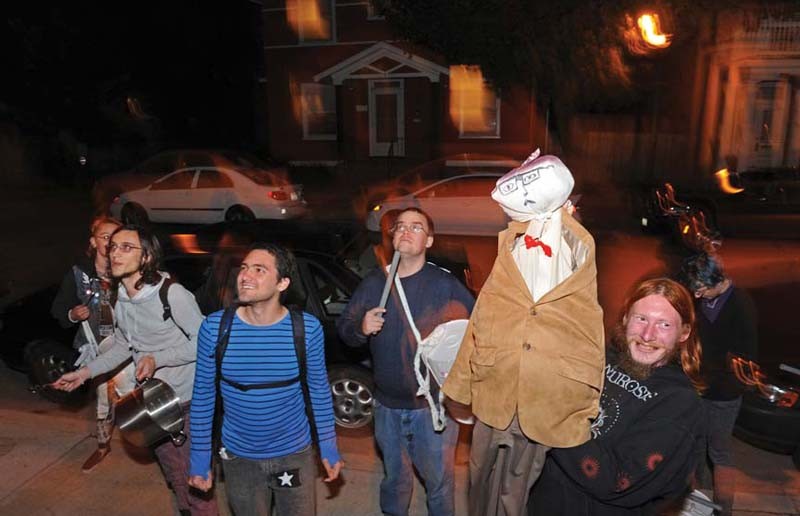 But the legislator who writes controversial city laws and faces mock exorcisms by local anarchists is just one Charles Samuels. The other has, in his third year on council, become a political wild card. At times seemingly uncomfortable in his public role — until recently, he declined to return Style Weekly’s phone calls — Samuels is slowly coming into his own.

As the elected representative of the powerful Fan District, he’s also become a swing vote on a council that’s increasingly divided into two factions: one led by Council President Kathy Graziano and Vice President Ellen Robertson, and the other led by councilmen Marty Jewell and Bruce Tyler.

In last week’s reaction to the mayor’s deal with the Richmond Metropolitan Authority, Samuels sided with Tyler and Jewell, giving council a five-member majority in asking the expressway authority to hold off approving a critical refinancing deal. The request became a statement on Thursday, expressing “disappointment” that the mayor didn’t involve council in studying alternatives that might have netted millions of dollars more in a privatization deal.

Politically, it’s a shot across the mayor’s bow, the clearest signal yet that council is no longer in a post-Doug Wilder honeymoon with the city’s highest elected official.

It may be a turning point for Samuels as well. While inclined to follow the lead of more senior council members in his two years, he increasingly is willing to challenge the mayor. And when he does, he’s often effective. Last month, the lawyer led a courtroomlike questioning of the city’s proposal to bring in a new food vendor to City Hall, leading to its withdrawal.

“Charles is malleable on certain issues,” Jewell says. “There’s a lack of transparency on the administration’s part and it looks like that practice is pushing council members over to the side of us that raise questions.”

Samuels remained on the sidelines during a deep rift between Graziano and Jewell regarding a sexual harassment scandal involving two City Council aides. In recent weeks, Samuels has joined members Tyler, Jewell and others in complaining about large and complicated projects, such as the city jail, being thrust into council chambers with little time for questions.

“It’s been a common complaint since at least 2010,” Samuels says. “There are things that come up that get rushed, like the jail. The administration could have kept us in the loop as far as where they wanted things to go in term of the spirit of cooperation. But instead things at times got rushed at the end. A lot of us on council have decided that we need to question everything in order to slow things down. The mayor might have brilliant ideas; he might have the Midas touch. But it’s really hard to tell if you don’t have the time to investigate things for yourself.”

Samuels, along with Douglas Conner and Chris Hilbert, have started to push back against Jones’ administration with increased frequency. Together, the three have emerged on specific issues as swing votes.

Council members Tyler, Jewell and Reva Tramell are the faction that most often challenges Jones, while council members Graziano, Robertson and Cynthia Newbille most often vote in favor of his agenda. Conner, Hilbert and Samuels hold down the political middle.

But as he emerges as an additional critical voice on council, does that signal a return to the political infighting of the Wilder era?

Councilman Chris Hilbert says the critiques are a sign of independence. “I don’t think we’re reflective of Washington in that the majority is immediately opposed to what’s proposed by the mayor; these are just independent voices,” he says. “But the facts speak for themselves. And at times there aren’t enough facts provided by the administration.”

The expressway payoff is a prime example, says Hilbert, who’s also questioned the deal. The problem is the mayor appoints the authority’s board members, and the recent financing deal left City Council on the sidelines.

“The problem with the RMA deal was that we didn’t have a say,” Samuels says. Last week he voted to move in favor of a study of the expressway’s actual value, even though authority had voted to move on.