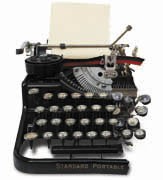 Short-shorts (not unlike those of Daisy Duke) must pack a powerful punch in a small wall. Otherwise known as flash or sudden fiction, the introduction to a short-short story must dovetail with the denouement. Characters bloom in sentences rather than chapters. And for each sentence revealed, two more must lurk in shadow.

Good short fiction knows how to balance light and dark. What's revealed must imply much more; hidden depths are uncovered through successive readings.

For the Sixth Annual Style Weekly Fiction Contest, we asked Richmonders to expand their imaginations by contracting their word counts to between 25 and 500. We also offered six disparate props courtesy of the Valentine Richmond History Center for writers to use in their creations. We dared them to leap -- but not too far. We offered a $300 prize for first place and $100 each for three runners-up.

Because Dr. Louann Brizendine proves in "The Female Brain" that women use about 20,000 words per day compared with a man's meager 7,000, perhaps there was a gender advantage. All of this year's winners are men. In their 20s. One copywriter, one playwright, one journalist. Now that's a story right there. — Valley Haggard

Jason Roop is the editor of Style Weekly.

Brandon Reynolds is the Arts & Culture editor of Style Weekly.

Valley Haggard is the book editor of Style Weekly.

Darren Morris is a former winner of the Style Weekly Fiction Contest.