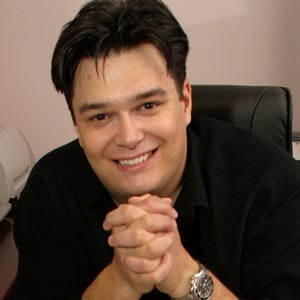 Richard M. Parison Jr., an experienced theatrical producer currently with the Barrington Stage Company in Pittsfield, Mass., has been offered the position. The announcement of his hiring comes more than a year after CenterStage's grand opening, and two years after its previous executive director resigned.

Past critics of CenterStage, a downtown arts facility partially built and subsidized by city tax dollars, have long called for the hiring of an experienced arts administrator to oversee the creative direction of the venue.

“I wish him well,” says Joel Katz, the former director of the Carpenter Center who ran afoul of arts center planners in 2005. “I hope they let him do his job.” Katz had a word of advice for the new director: “Amaze us.”

A native of Cleveland, Ohio, Parison has spent the last two years as the producing director at Barrington Stage Company, which the Boston Globe has called “the pre-eminent place in Massachusetts for the production of musicals.” Before that, he held producing positions at the Prince Music Theater and the Walnut Street Theater in Philadelphia.

In other CenterStage news, Frazier Millner has been hired as the director of advancement and patron communications for the art center's anchor tenant, the Richmond Symphony.

Millner was previously the vice president of audience and content development at The Richmond Times-Dispatch. In that position, she oversaw, among others, the daily newspaper's executive editor, Glenn Proctor. “The experience that Frazier brings to the job is really important,” says David Fisk, the symphony's executive director.