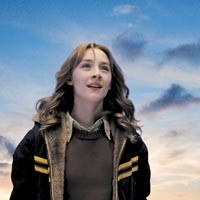 11 Beyond a Reasonable Doubt Michael Douglas headlines this remake of the 1956 Fritz Lang courtroom drama. Whiteout Kate Beckinsale tracks a serial killer in Antarctica in a movie based on a limited-series comic book of the same name.

25 Brief Interviews with Hideous Men “The Office” star John Krasinski makes his directing debut with an adaptation of the short-story collection of the same name by the late David Foster Wallace, which pretends to interview several male subjects with unsavory characteristics.

2 Good Hair Comedian Chris Rock hosts a comic documentary exploring African-American hairstyles, a project prompted, Rock says, by his daughter, who asked him at age 5 why she didn't have good hair. A Serious Man The latest from Joel and Ethan Coen takes an oblique look at events in their own childhood, a black comedy set in 1967 about a Midwesterner whose wife threatens to leave when his inept brother won't move out. Whip It The directorial debut of Drew Barrymore, “Whip It” stars Ellen Page as a girl trying to find her place in life through the amateur roller-derby movement. Screenwriter Shauna Cross adapted her own novel, “Derby Girl.” Zombieland Yes, another zombie movie parody, with Woody Harrelson, Jesse Eisenberg and Abigail Breslin as professional zombie killers on the trail of the recently undead and broad comedy.

9 Couples Retreat “Swingers” collaborators Jon Favreau and Vince Vaughn penned this relationship comedy set at an island relationship counseling center. Notable for being directed by Peter Billingsley, best known as Ralphie in “A Christmas Story.” The Damned United Michael Sheen (“Frost/Nixon”) portrays the controversial Leeds United football manager Brian Clough, as fictionalized from David Pearce's popular novel, “The Damned Utd.” An Education “High Fidelity” novelist Nick Hornby wrote the screenplay for this coming-of-age story about a London girl in the swinging '60s who has a relationship with an older man (Peter Sarsgaard), based on the memoir by British journalist Lynn Barber. 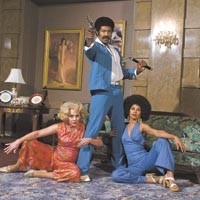 30 Gentlemen Broncos “Napoleon Dynamite” creators Jared and Jerusha Hess return with this comedy about a teenager at a fantasy writers convention whose story idea is ripped off by a desperate novelist. Youth in Revolt Michael Cera is Nick Twist, a romantically frustrated teenager who creates an alternate persona to win the girl of his dreams. Adapted from the first in the Nick Twist book series. 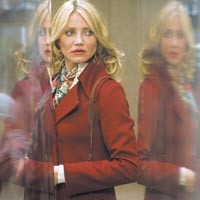 >6 The Box Set in Richmond in 1976, “The Box” stars Cameron Diaz and James Marsden as a suburban couple who must decide whether to push a button, which gives them $1 million and kills a stranger somewhere in the world. Richmond native Richard Kelly (“Donnie Darko”) adapts the Richard Matheson short story “Button, Button.” A Christmas Carol Robert Zemeckis uses his performance-capture process on Jim Carrey in this 3-D adaptation of the classic Charles Dickens' story. The Men Who Stare at Goats Ewan McGregor stars as a journalist who follows the exploits of a special forces soldier (George Clooney) in a U.S. military psychic operations program. From the 2004 book by Jon Ronson.

20 The Blind Side Michael Lewis' nonfiction book about Baltimore Ravens 2009 first round draft pick Michael Oher, a former homeless kid, gets the heartwarming Hollywood treatment. New Moon Kristen Stewart and Robert Pattinson return as vampires and the people who love them in the follow up to Stephanie Meyer's “Twilight.”

>4 Brothers Tobey McGuire takes an unusual turn as a disturbed war vet in “My Left Foot” director Jim Sheridan's update of a Danish film about brothers (McGuire and Jake Gyllenhaal) affected by the war in Afghanistan. Serious Moonlight “Curb Your Enthusiasm” star Cheryl Hines directs this dark comedy about a jilted woman (Meg Ryan) who duct-tapes her cheating husband to the toilet when he reveals he's leaving her for a younger woman. Up in the Air Casts George Clooney as a corporate downsizing expert who loves his luxury traveling lifestyle until it hits major turbulence. “Juno” director Jason Reitman adapts the 2001 novel by Walter Kirn.

18 Avatar The budget has reportedly gone past $200 million for writer and director James Cameron's (“Aliens,” “Titanic”) 3D, CGI-heavy sci-fi epic, about a soldier (Sam Worthington) who visits an alien world through a manufactured host body of an alien.