Almost a year ago to the day, the Small Business Administration opened the first round of the Paycheck Protection Program, known as the PPP.

The forgivable loan program was designed to encourage employers to keep their employees despite the pandemic shutdown, with loan amounts based on a business’ monthly payroll figures. In just under two weeks, the $350 billion program was depleted of funds.

“My CPA joked that the first round of PPP was like building an airplane while it’s flying in the air without a parachute, hoping you will land in a soft spot,” says Jamaica House owner Carena Ives.

Ives and accountant George Forsythe have been working together closely to get Ives’ documents in order so she’ll be ready to apply for the first-of-its-kind $28.6 billion Restaurant Revitalization Fund grant program. 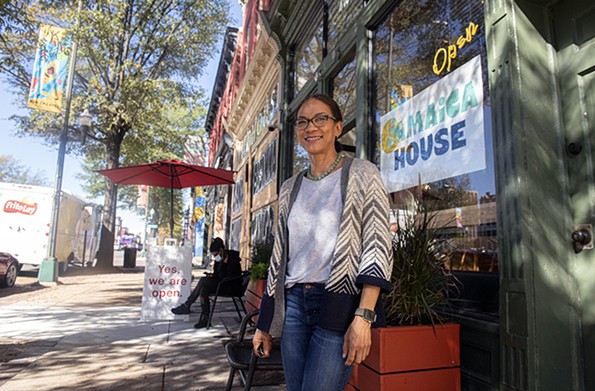 “We’re in a make-you-aware phase,” Forsythe says. “I’m telling you, out of all the programs, this one has the most potential for positive impact [for restaurants].”

The new grant program is based on a proposal that the grassroots Independent Restaurant Coalition first proposed a year ago in a letter to Congress.

The coalition was founded in March 2020, advocating for and providing resources to independent restaurants around the country. While the $28.6 billion figure is a far cry from the group’s initial call for $120 billion in relief, it’s a start.

Establishments will not be eligible if they are part of an affiliated group with more than 20 locations, if they are publicly traded or owned by a state or local government.

Eligible expenses include payroll, mortgage, rent, utilities and new construction because of the pandemic such as outdoor dining, supplies, and food and beverage costs.

In a March 31 virtual roundtable held by the coalition, Washington lobbyist Patrick Robertson explained the program in-depth to hundreds of restaurateurs tuning in.

Of course, the reality is a bit more complicated.

One restaurant owner asked about expansion – can you purchase a food truck with your money? The purpose of the fund is to replace revenue, not profit, but the majority of restaurants operating in 2020 were bleeding cash. So is adding a food truck to your business model an expansion, or a survival tactic?

Robertson noted that it will ultimately be up to the administrator of the Small Business Administration, Isabella Casillas Guzman, to determine which expenses qualify if there are any that straddle the line.

Applications for the fund are not yet open, but according to the Virginia Restaurant, Lodging and Travel Association’s director of government affairs, Robert Melvin, “We’ve learned that the SBA will begin the application review process starting in April. The U.S. Senate Small Business Committee recently said they’d launch in a 30- to 45-day timeline.”

“Anyone who has any sense is getting ready in my opinion,” says the Pitts BBQ Joint and Locker Room owner Lisa Ann Peters.

Peters says between receiving advice from her diligent CPAs and doing her own research – including watching TikTok videos breaking down the application process – she has been able to gather all germane documents.

“It’s going to be a footrace,” Ives says. Although her application will be reviewed within the first 21 days of the grant’s launch, she understands that there will be more applicants than funds. 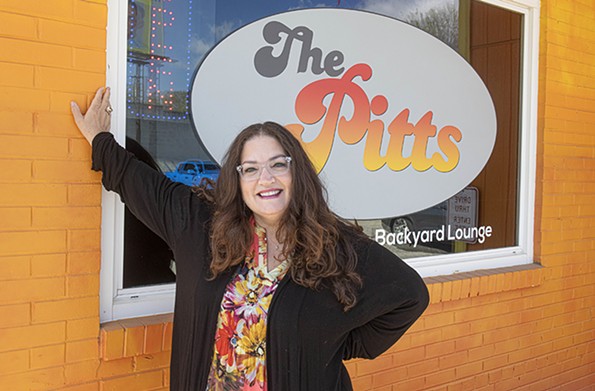 Who is being prioritized?

Officials will prioritize businesses owned by women and veterans within the first 21 days, as well as businesses that are socially or economically disadvantaged as defined by the administration’s guidelines. It has also set aside $5 billion of the funds for businesses that made less than $500,000 in 2019.

In light of PPP failings, legislators putting together the fund were especially cognizant of the responsibility to prioritize businesses that are truly small.

According to data obtained as a result of a freedom of information request, more than half of the money from PPP went to just 5% of recipients. This included large chains like Uno Pizzeria & Grill and Boston Market, which both received the maximum loan amount of $10 million.

Despites its initial bumblings – “It was written over a weekend,” Robertson says – the current iteration of PPP is not a total wash.

After its first round closed in August, Congress ramped up the second round, including new loans specifically for businesses with fewer than 300 employees that had seen significant revenue drops in 2020. Legislators also fenced off $12 billion for minority-owned businesses.

In a February news release, the SBA credited the Biden-Harris administration with increasing the PPP’s focus on small business. According to the release, the share of PPP funding for businesses with fewer than 10 employees was up nearly 60%.

“I will say that we have been supportive of a lot of programs, like PPP and the Economic Injury Disaster Loan grant,” Melvin says. “The Restaurant Revitalization Fund won’t be a panacea – the need exceeds the amount available. We’re talking $270 billion in lost revenue.”

The program certainly isn’t perfect, nor is it a cure-all—no grant or loan program will cover all the expenses of every independent restaurant currently in operation that was decimated by the pandemic.

There will always be outliers, like restaurants that opened in 2020.

They’re still eligible to receive funds, but they won’t be able to get nearly as much money as older, more established restaurants that can provide proof of a substantial amount of revenue from 2019. If a restaurant made $1 million in 2019, for instance, minus $500,000 in revenue from 2020, they could be eligible for as much as $500,000.

And what about restaurants that completely shuttered over the past year because of the pandemic? They gave up their leases, their business licenses, their taxpayer ID numbers — what happens to them? They will not be eligible for the funds.

More than 110,000 restaurants closed in 2020 according to the National Restaurant Association’s 2021 State of the Industry Report. Restaurant industry employee numbers were down 3.1 million from expected levels.

Peters is feeling the pain of this drained employee pool firsthand: The Pitts reopened its patio mid-March, but it has since had to truncate its hours due to the city’s workforce shortage.

Still, the $28.6 billion relief fund is perhaps the greatest harbinger we’ve seen of good things to come for the hospitality industry in 2021.

“I’m fascinated by RRF and what it can be used for,” Forsythe says. “Most of these programs have been for things like payroll and rent but now with this you can pay for food costs, for equipment, for new construction. That’s huge.”

Restaurateur Kevin Liu says that he has become very familiar with all available relief programs because he runs three very different businesses: a bar, the Jasper; a music venue, the Tin Pan; and a quick service cupcake spot, Carytown Cupcakes.

For Liu, the program, “gives us the confidence to reopen and rehire.” He’s not alone in this thinking – the Bureau of Labor Statistics reported that bars and restaurants gained 176,000 jobs in March 2021.

Restaurants can thank the continued, dogged efforts of the Independent Restaurant Coalition for this glimmer of hope and for a relief fund focused solely on assisting the eating and drinking establishments rocked by the pandemic.

Even after the restaurant fund was passed as part of the American Rescue Plan Act on March 11, the coalition continued to advocate for tweaks to the bill to make it as easy as possible for businesses to apply. 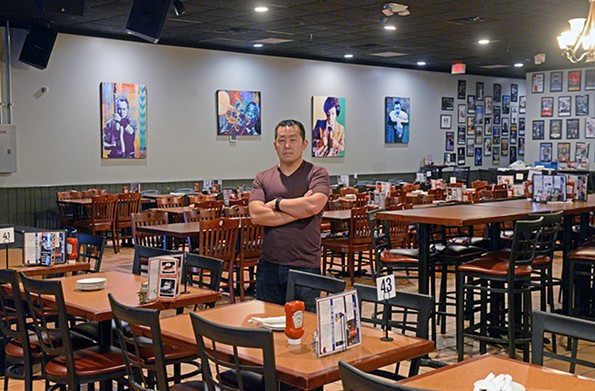 While the original program required that all restaurants needed to sign up for a SAM.gov account, an admittedly complex process says Liu, or create a special number, as of last week this is no longer the case after the coalition called for a more streamlined process.

Lobbyist Robertson knows, just like all the thousands of restaurant owners frantically getting their ducks in a row know, that the $28.6 billion will likely run out quickly.

“The more people who apply and demonstrate the need for this, the faster Congress will put money in the program,” Robertson says. “We’ve engaged world class economists to figure out what the demand is, and we still don’t have the right answer.”

For now, restaurants are doing what they do best – operating in the thickest of weeds, navigating grant and loan programs while serving more and more customers and desperately trying to bring more employees on board.

“We just want something to tide us over,” Ives says. “We just want to get to that other side where we can start picking up the pieces.”

Resources for Restaurants Applying for the Restaurant Revitalization Fund

• Questions for the Virginia Restaurant, Lodging and Travel Association? Get involved by following links at: virginiaisforrestaurantlovers.com/advocating-for-you/become-involved.

• PPP loans are still available through May 31, find out more at sba.gov/funding-programs/loans/covid-19-relief-options/paycheck-protection-program.