Catch a Cougar by the Tail

What happens when the hunted becomes the hunter. 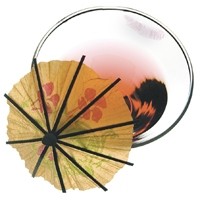 I'm adorable. Everyone knows it. Ask around. What lady would be unlucky to have me about? Daily, my mother begs for my return to our ancestral homestead, and yet I refuse, because it's unfair to withhold my presence from the world. So I make myself available to warm the hearts of the many.

With this attitude in mind, I embarked upon a Goal: to catch a Cougar. And here I don't mean the puma, the American mountain lion or the panther, nor even the catamount. I mean the older lady. The Cougar -- you know, the woman, 40 years of age or older (approx.), common to barstools of North America and distinguished by the tan-line of a recently, perhaps angrily, removed wedding ring, the tall, often pastel shoes, a figure refined by strenuous, perhaps angry, workouts, an agreeable cash-flow and a markAcd taste for young, tender manflesh. There are goals in life, friend, and then there are Goals. This was one of them.

The Cougar is a fairly new subspecies, I should think: Women are no longer shackled to a “man” for financial security, nor to antiquated beliefs about their declining sexual appeal relative to age. They're elusive figures, no doubt, but how my trophy room (at my mom's house) would benefit from the acquisition of one of these beauties.

To bait these traps, I recruited my friend Ian, who is patently adorable, and his roommate, Paul, known locally as Dreamy Paul. Paul is perhaps the most succulent of the collected meat: 22 years of age, a tanned landscaping sort and more or less recently imported from upstate New York. Our hunt began, based on reported sightings, at Cabo's Corner Bistro.

It was 9 p.m. and there was a crowd, a boisterous one. A table of women in dresses caught our eye(s). And yet they seemed too young: too unmarried, too unjaded, too full of hope to circle us in a predatory manner and seek the kill. I began to fear we'd set out too late. But! The Fan is capricious, and perhaps, I thought, perhaps the West End would prove fairer hunting grounds.

At Maggiano's, the sort of late-Friday malaise, like unto a Cosmo-induced malaria, was upon the bar. And yet we spotted our prey: a slender woman, perhaps late 30s, a tattooed dorsal area peeking out from beneath a shirt colored, I believe they call it, fuchsia. Coloration seemed consistent with the species when the matching heels and bra were spotted. The specimen: dynamite. A really quite extraordinary woman.

(I should here address potential complaints that this whole search is “foolish” or “stupid and juvenile” by defending myself thusly: If I were older and more mature, I'd be hunting for 19-year-olds, wouldn't I? Placated? I shall continue.)

She'd been drinking wine since the West Enders were released from their afternoon toil, approx. five hours of tasty Pinot Noir by our estimates. And consequently she was tired, ready to retire to her lair, and not, by all appearances, in the sort of mood to share it with any from this potential bonanza of male suitors.

So on to Infuzion -- dancing and the novelty of an ice bar, would, perhaps, prove irresistible to our quarry. There the prey seemed young, though, the machine-generated fog and Red Bull perhaps too gauche for a cat of refined tastes. Nevertheless we met young dignitaries from Ireland, a brother and sister duo, who charmed and were charmed, reciprocally. We spoke of Richmond and, for some reason lost to the ages, climbing on high ladders, and so with our new friends in tow, we retired to our final site of the evening, a place we thought sure to offer up the tanned hides and lowered inhibitions of our designated prey: CafAc Diem.

And yet upon entry we found only the usual sorts, a pickle jar of young turks, musicians and, strangely, skinheads (well, not that kind). Spirits were low at this juncture and, tails between legs, we escorted our Irish friends home. They, for their part, repaid our kindness by announcing that they were made uncomfortable and that we might, perhaps, kill and eat them.

The day following I decided that we'd been chasing the herd too late into the night, and an earlier, twilight search was called for. Also a sort of camouflage. I searched through my wardrobe for appropriate attire and discovered, cowering in the back, a salmon-colored polo shirt. Cats love salmon, do they not? And so adorned, I returned to Cabo's with another friend, a bright young professor who looked only mildly legal.

Though the sun had not set, still there was little to be found beyond a pleasant bartender and a girl with a big wedding rock who would, in one year hence, probably be willing to lose it. Then Can Can, surely the spot judged most convenient for hunting the hunters.

Sure enough, once propped up at the zinc bar, we spotted two potential Cougars, a wide-eyed blonde and a wary brunette, just two spots down. And just when the couple betwixt us vacated their spot and we started our shift downwind, something strange happened. A man interposed himself between us, hunting the same prey. An older gentleman, perhaps mid-50s. And then I noticed this thing: He was wearing a salmon polo shirt. He concealed it beneath a matching plaid jacket, but the keenness of my analytical mind automatically ascertained the only possible explanation: He was the older Me, sent somehow through time to teach some valuable lesson.
And so we watched Me pitch his rather sloppy woo and I lamented at how much I'd changed, at how unkind the years had been. I wanted to ask him whether I'd ever end up dating those 19-year-olds I knew my future held, but I was transfixed by the ritual.

Eventually the brunette disentangled herself from the scenario and left, and Me focused his approach on the prize. She leaned in close, lowered her eyes and I realized that the Cougar was perhaps just a myth, a legend perpetuated by young, inexperienced boys, a way to fast-track themselves to experience, sexual prowess, free food. I realized any woman worth having would be seeking same. I looked down at my salmon polo and knew that was not I. I solemnly paid our tab and, declaring the pursuit at an end, retired into the still-young night.

Because apparently in 25 years, when I'm Me, I'll resume my hunt.