Case of the Punks

Stay Sweet is a music festival with heart and hooks. 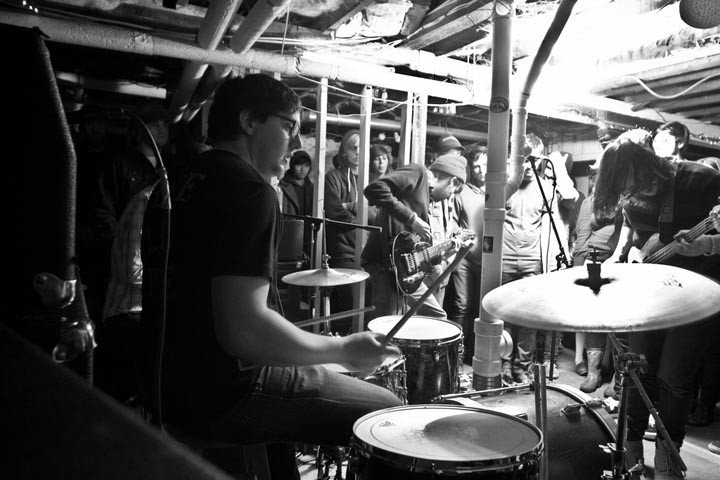 We're living in the golden age of the do-it-yourself punk festival. Hundreds of bands appear on dozens of underground-friendly concerts taking place across the country, with the number of festivals perpetually on the upswing.

There are any number of reasons for the trend — the proliferation of seat-of-pants tours, the ease of booking via the Internet, certain genres gaining bigger fan bases — but whatever the case, a boom is happening.

Richmond itself boasts two significant festivals — the hardcore-oriented No Way Fest and the increasingly successful Best Friends Day — and with the addition of the new Stay Sweet Fest, Alex Wilhelm aims to cater to another niche. He characterizes Stay Sweet's sound as largely espousing "the new wave of pop punk," a subculture championing both punk-rock hooks and humble aesthetic elements.

A frequent festival attendee, the 21-year-old Wilhelm has been booking bands for five years while also playing drums in Hold Tight. Ambitions for a festival of his own have floated around his head for a while, and last fall, he began scheduling bands. As of this writing, 52 names are scheduled to perform at the Camel this weekend. Bigger bands on Stay Sweet's multiday bill include Bomb the Music Industry, the Dopamines, Mischief Brew, the Menzingers and the ostentatiously named the World Is a Beautiful Place and I Am No Longer Afraid to Die.

"A lot of these bands have become more than just bands I book. They've become like friends," Wilhelm says. "I really wanted to do a fest and get all these bands that I've become friends with in the same place." He's poured a lot of work into organizing this, aided only by fiancee Rozalia Janicki. While the initial scheduling came together casually, he's learning to deal with small but important details, such as figuring out where bands can park and merchandise will be placed. Aside from espousing a sense of regional identity, Wilhelm sees the primary value of a festival as packing lots of music into a tight period. "There's a band playing in Richmond on tour every single night. A lot of people can't make it out to a show every night because they have other responsibilities, so I think [the fest is] a good thing," he says.

Stay Sweet will be a modest affair, and Wilhelm has an idea of the kind of amiable feel he wants. "I've been to a couple larger fests at larger venues, where a lot of people working it obviously weren't concerned about the music playing or the people who came out for it," he says. "It creates an odd vibe for these punk 'gatherings,' if you will. I like the Camel because the staff is all super-nice and hospitable. They are gonna let kids have fun. I think — I'm hoping — everyone will just remember it as a really fun time." S