Carytown Women's March Participants On What Got Them There

Nine hours after the latest Congressional standoff resulted in a government shutdown, thousands of people gather across from the Carytown Kroger to participate in the women’s march for the second year in a row.

Young girls dressed in pink hold their mothers’ hands; men and women carry signs with phrases like “Nevertheless, she persisted” and “Chins up, fangs out” while drivers honk and cheer out their windows as they slowly make their way down Cary Street. Governor Ralph Northam leads the group down the sidewalk, sporting a pink-knit “pussy hat” that has become ubiquitous with the ongoing women’s movement since last year’s inauguration of President Donald Trump.

Among the crowd is Rosetta Wimbush, a single mother who lives in Short Pump and missed last year’s march because she had to work. When asked if the event is about Trump, she answers yes and no.

“Yes, in the sense that he is a polarizing figure, and if you are silent then you are complicit with his behavior,” she says, pushing her wriggling 4-year-old son Maxwell in a stroller. “And no, because this is centuries in the making. Women need to stand up for their rights and say enough is enough. We need more women in senior leadership positions in corporate America, in authoritative positions of power to help regulate legislation that benefits everyone, not just men. It’s about damn time.”

On her drive into the city Saturday morning, Wimbush says she found herself contemplating the demographic of the march. As she predicted, attendees are predominantly white. Being a woman of mixed race, she says she hopes the white women who showed up Saturday will again when it’s time to head to the polls.

“We need to see more Caucasian women who will speak up against Trump,” she says, noting that 53 percent of white women voted for him in 2016. “Everyone who’s here, that’s great, as long as the cause continues after this public display. I want to see all you ladies voting against him next time.”

Jody Cametas, a mother of two who left her job as an attorney to raise the kids, never considered herself an activist before last year. But the results of the 2016 election left her feeling paranoid, eyeing everyone she encountered with caution, wondering who voted for whom and who she could consider an ally. It was that unsettling feeling of separation that motivated her to make the two-hour drive to Washington, D.C. for the women’s march last January, the day after President Trump’s inauguration.

“Anger drove me there,” Cametas says. “But in getting there, it was about change. I think it lit a fire under people, and I think it changed their sense of what could be done if we got together.”

It did for her. After last year’s march she helped a team at Legal Aid Justice Center develop an emergency kit for immigrants: binders with an explanation of their rights in case ICE agents come knocking, how to get passports for their American-born children, and pages to hold contact information and legal documents. She also volunteers for Planned Parenthood and Abigail Spanberger’s 7th District campaign. Cametas says that before the election, she never knew that kind of activism was in her. slideshow-1

“I feel good that I’m not wallowing in anger and frustration,” she says. “I do hit those lows sometimes when I watch the news, but at least I’m doing something productive that will help counterbalance what’s going on.”

For Rebecca Wrenn, Trump’s presidency and the ongoing women’s movement have been an opportunity to teach her children about fairness and justice.

“Especially with Helena starting kindergarten and being around a whole bunch of people. Hopefully kids by that age are ready to learn about things like treating everyone with respect no matter what they look like, if they’re a boy or a girl, or what their views are,” explains Wrenn, whose daughters are three and five. “We try to stress the idea that when someone’s not the same as you, that’s absolutely not an excuse to treat them differently.”

After marching in D.C. last year, Wrenn’s 5-year-old daughter couldn’t wait to create a new sign, don her pink hat and walk alongside her family in Carytown on Saturday. When asked why she wanted to participate in the march, her answer is simple.

“I like marches,” says the kindergartener, who plays ice hockey and wants to be a scientist when she grows up. “I don’t like Trump. He’s a bully.” 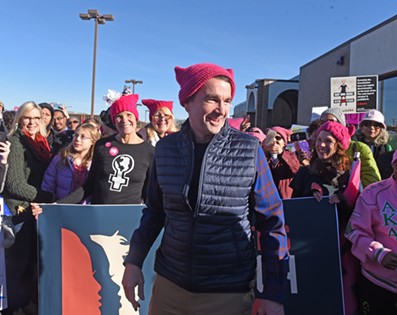 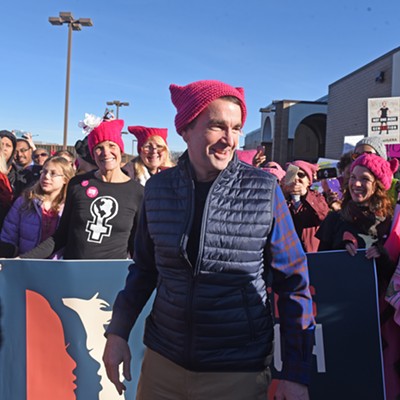 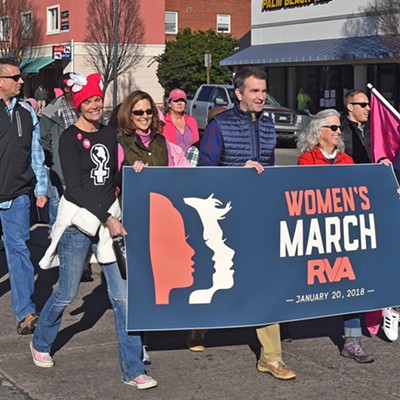 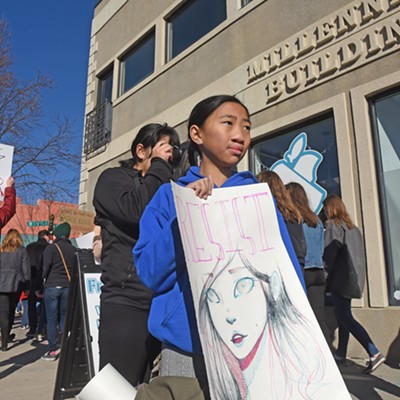 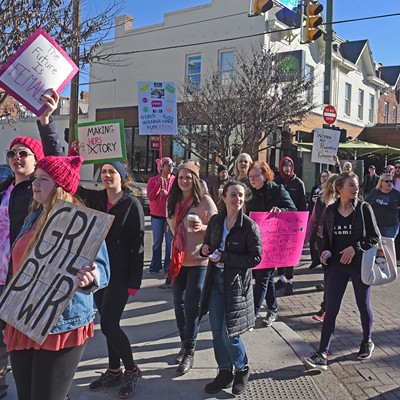 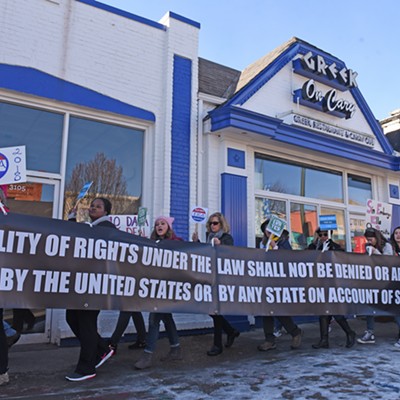