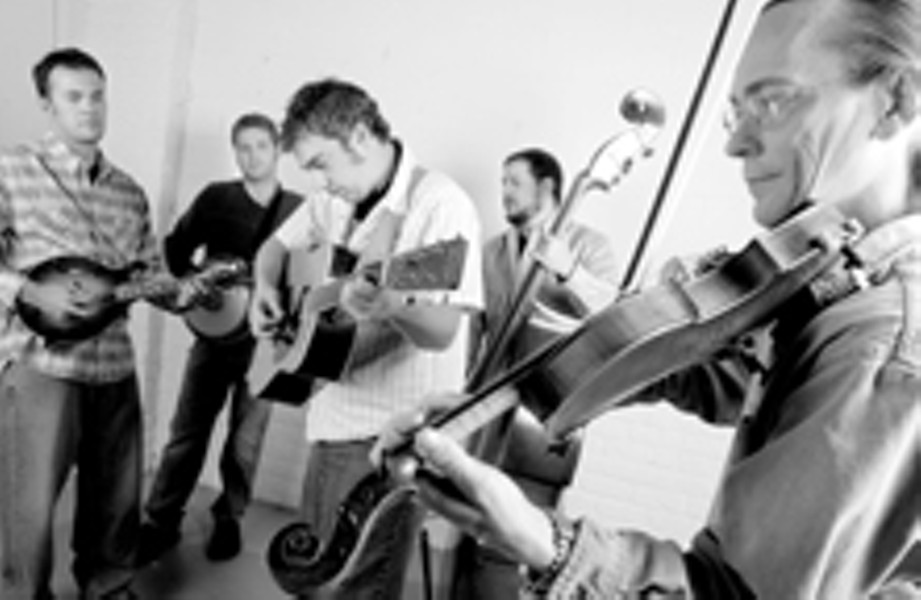 Now the genre is tweaked again as bands playing off the bluegrass template push the envelope into hippie-jam, punk or jazz directions. These ongoing musical developments are heresy to some. But for bands such as Richmond’s Jackass Flats, evolution and bluegrass go hand in hand. The Flats treat their sound as more of an extension of traditional bluegrass, rather than a different direction.

“We don’t want to sound like Bill Monroe,” says Flats guitarist-songwriter-singer Stephen Kuester. “We want to have our own identity, develop our own sound. … Bluegrass is going off into so many different directions.”

Kuester means no disrespect to Monroe, but as a player and songwriter, he’s more in tune with a maverick such as Steve Earle who recorded a ’grass album with the revered Del McCoury Band. Rather than relying on a bunch of standards, Earle wrote his own songs. Jackass Flats’ eponymous first CD was a mix of originals and standards such as “I Know You Rider” and “Freeborn Man.”

Now, well into the recording of their second project, Kuester says the five-man unit is doing what he and banjo player Travis Rinehart envisioned when they founded the group in 1999: They’re recording their own songs exclusively. For bands such as Flats, sanctifying the past doesn’t make much sense.

“That’s my point with bluegrass,” Kuester says. “It’s not stagnant.”

The past few years have also been anything but stagnant for the band as performers, since all the members quit their “real” jobs to concentrate on music. The group won the Virginia Folk Music Association Bluegrass Championship in 2002 and performs its energetic live show regularly in Richmond. Gigs are also steady across North Carolina and Virginia as well as north of the Mason-Dixon Line. Kuester says they’ve found welcoming crowds in those areas where live bluegrass is not so common, and that part of the fun of the journey is finding a musical community wherever it exists.

“We’ve had a lot of success up North,” he says. “We played in Montclair, N.J. They went nuts. That’s one of my favorite parts of playing music. It brings you together with like-minded people.”

The band is playing at its most enthusiastic level these days, Kuester says, and, if a recent show at Main Street Beer Co. is any indication, he’s right. They might not get rich doing this, but Kuester, Rinehart, fiddler Dennis Elliott, bass player Eddie Carlton and mandolin player Kenny Epps have a focus as they push their newgrass into 2004 and beyond.