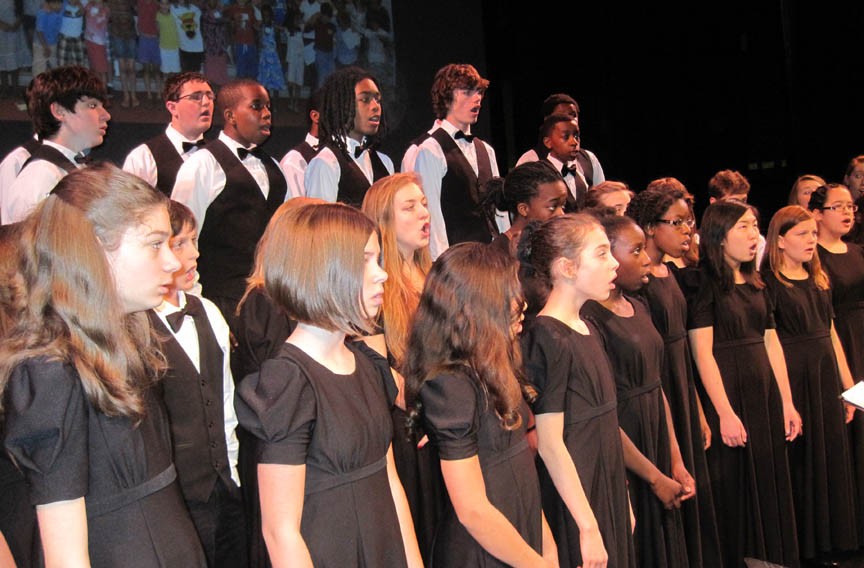 William Moore knows enough about history and textbooks to know he isn't getting the full story in school. That's one reason the senior at Thomas Jefferson High School is looking forward to his trip to England and Ghana this month, where he'll visit places related to the trans-Atlantic slave trade of the 16th through 19th centuries.

"Going to these sites will enrich my knowledge," Moore says. "It's important to learn history because it tells how society got to where it is now."

But this isn't an ordinary tour spent shuffling on and off a bus. Moore is a member of the Greater Richmond Children's Choir, so he and about 30 fellow choir members will sing at nearly every stop.

Director Hope Armstrong Erb, who founded the choir in 1997, has taken her singers on choir tours before, but says this one is especially significant.

"The Richmond economy is a product of the slave trade. It's part of who we are," she says. "Richmond kids need to have [experiences like this tour] so they will make decisions that help the future of the city."

The tour begins in Liverpool, where the singers will perform at Liverpool Cathedral on the same day they visit the International Slavery Museum.

After four days in England, they'll fly to Ghana for more concerts, tours and educational experiences. One of their final stops will be at the Cape Coast Castle, a prison where captured Africans were held by slave traders before being put on ships to the Americas. After a tour, they'll perform in the courtyard of the castle.

With the help of a native Ghanaian, the students have learned the pronunciation and meaning of several songs in Twi and Ewe, two languages spoken in the region.

"We're trying to get a sense of companionship so when we go there we're not just bringing our culture to them," says Camille Davidson, a senior at Maggie L. Walker Governor's School, who's sung with the choir for 10 years.

Language provides valuable insight into culture, Erb says, but the act of making music together teaches invaluable lessons. When the economically, racially and culturally diverse students in her choirs stand shoulder to shoulder, working and learning together, they learn to respect each other regardless of their backgrounds.

"You learn to ask, 'If that's my friend, what do I do for them?' instead of going in and giving them what you think they need," she says.

After a recent rehearsal, Moore says he believes the choir's music is a gift to audiences wherever they travel — but a particular kind of gift. "It's like a thank-you for letting us be here," he says. "I want to share the feelings of happiness from the songs." S

The Greater Richmond Children's Choir comprises five choirs for singers ages 8 to 18. Members of the Cantare choir will go on tour June 19-29. For information, go to grcchoir.org.