Some weird details that shouldn’t get lost amid the flurry of headlines about Eric Cantor’s fall. 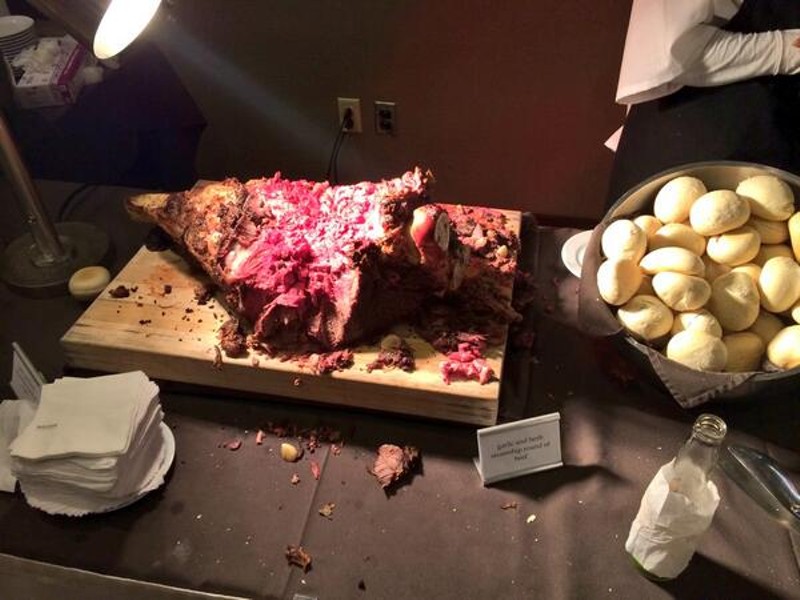 Eric Cantor lost to David Brat. Here are some things to think about.

There was a gross shortage of metaphors for reporters to fall back on in describing Brat’s win, so, yeah, lots of earthquake talk.

We’re never going to stop hearing about the steak: Yes, you’ve probably heard this, and you’re probably going to keep hearing about it, Cantor spent more at steakhouses than Brat spent during his entire campaign. That would be $168,000 from Cantor toward red meat and $122,000 from Brat for yard signs and stuff.

Speaking of beef: There were big hunks of it being served at Cantor’s election night party. By the end of the night, it looked (see above) like a metaphor for Cantor himself: a sad hunk of very red meat -- with plenty of leftover White House rolls nearby, as @rosscatrow points out.

Rate my candidate: Both major party nominees are professors at Randolph-Macon College, which means they both have profiles on Ratemyprofessors.com, where students chime in on their class experience. Jack Trammell gets higher marks than Brat, but way more students say Brat is hot, so there’s that.

In the end, it’s still (somehow) all about baseball: In the interminable ballpark debate, Trammell has taken a strong stance, which may be surprising because neither stadium -- at the Boulevard or in Shockoe Bottom -- would fall in his sprawling district. Yes, Trammell supports the mayor’s proposal to build a ballpark in the Bottom. As he told the Richmond Times-Dispatch in Februrary: Shockoe Bottom would be “a perfect place to juxtapose this terrible past with the struggles of the current century. Baseball is another way we can commemorate where we’ve come from and where we’re heading.”