"Les Misérables" comes to the Landmark Theatre with new grit. 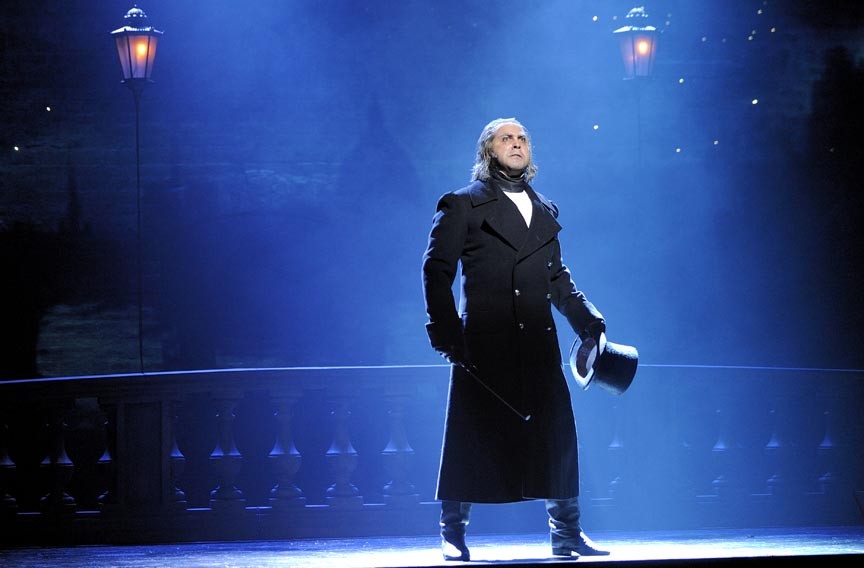 When Andrew Varela finishes his run in "Les Misérables," he might need therapy.

From 1998 to 2003, Varela starred on Broadway and on tour as Jean Valjean, the morally upright hero in "Les Mis" who breaks parole to start a new life. In the show's 25th anniversary production, Varela appears again — this time as Valjean's adversary, the pitiless police inspector Javert. After originally auditioning to reprise Valjean, Varela was asked by the show's producers to try out for the show's villain.

"It's actually easier, because Jean Valjean is the hardest role that's ever been written," says Varela, who's played Javert for the past two and a half years. "As an actor you kind of get fidgety doing the same role over and over again, but playing this role has been so gratifying."

Based on Victor Hugo's novel of the same name, the popular musical follows the lives of the proletariat in post-Napoleonic France. Weaving through uprisings, tuberculosis and poverty, Claude-Michel Schönberg's emotive and melodious score has entertained American audiences since it first crossed the pond in 1987. The show comes to the Landmark Theater next week.

Though audiences may be familiar with the show through last year's film adaptation, Varela says there's nothing like seeing the musical as it was meant to be performed. And for those familiar with the stage version, this production is quite different from the original '87 staging.

"We had a meeting with Cameron [Mackintosh, the musical's producer] about doing the show in a much more modern way," director Laurence Connor says. "I think the original production was quite an eclectic sort of production. It was very theatrical, and it was quite romantic in many ways. We took a slightly more realistic approach. [It's] a bit grittier in places."

This production eschews the minimalist sets and features new costumes and orchestrations. It also does away with the show's signature rotating stage, a revolutionary set piece in all senses of the word in 1987. Instead, today's musical uses high-definition projectors and plays off some of Hugo's illustrations.

"It is every bit as powerful musically as the original," Connor says, "it's just a different way of telling the story."

Varela says that the universal themes of love and redemption are what bring audiences back.

"People that saw the movie are going to be blown away by this production because you're seeing it the way it was written to be performed," Varela says. "You cannot not fall in love with 'Les Mis' when you see it. It's too rich, too deep, too meaningful and too beautiful to have any other way to respond to it." S