During Sen. Barack Obama's recent campaign stop in Richmond, the presidential candidate had an issue with a couple of paintings that were, um, not so presidential. An Obama advance team requested that the paintings, pictured, be removed or covered before a fundraiser at Plant Zero May 8.

Artist Jamie Boling reluctantly agreed. He took down "Honest Abe," which shows an image from "Fast Times at Ridgemont High" — a T-shirt that reads "Kill Lincoln" across the braless chest of a girl.

He hung a sheet over "Snake Charmer," showing Britney Spears' now infamous exit from a car that allowed paparazzi to see up her skirt. 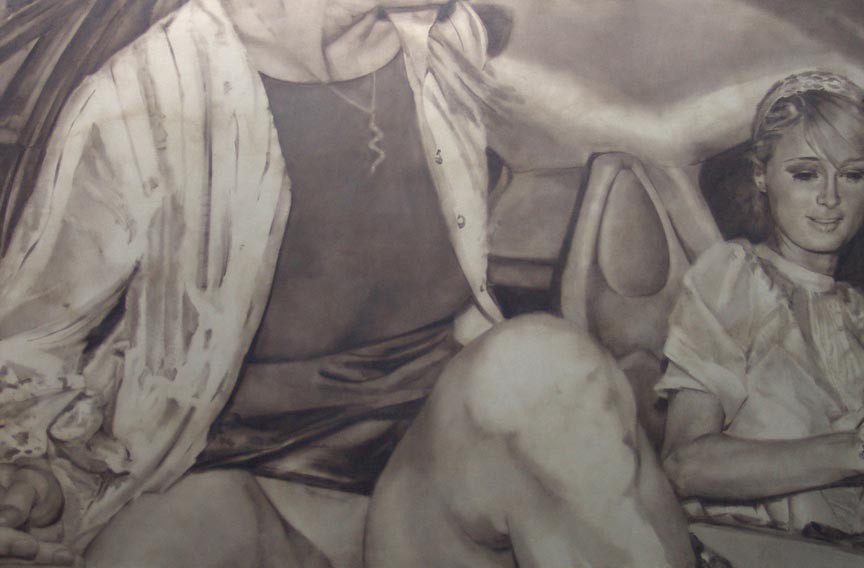 Boling, who has since been contacted by CNN, says he hopes people will judge Obama on his ideas rather than what he sees as a misstep by one of his handlers.

"What I would like out of all of this is that people are more fearful of not respecting the freedom of speech than be afraid of being associated with those people that do exercise freedom of speech," Boling says. — Amy Biegelsen