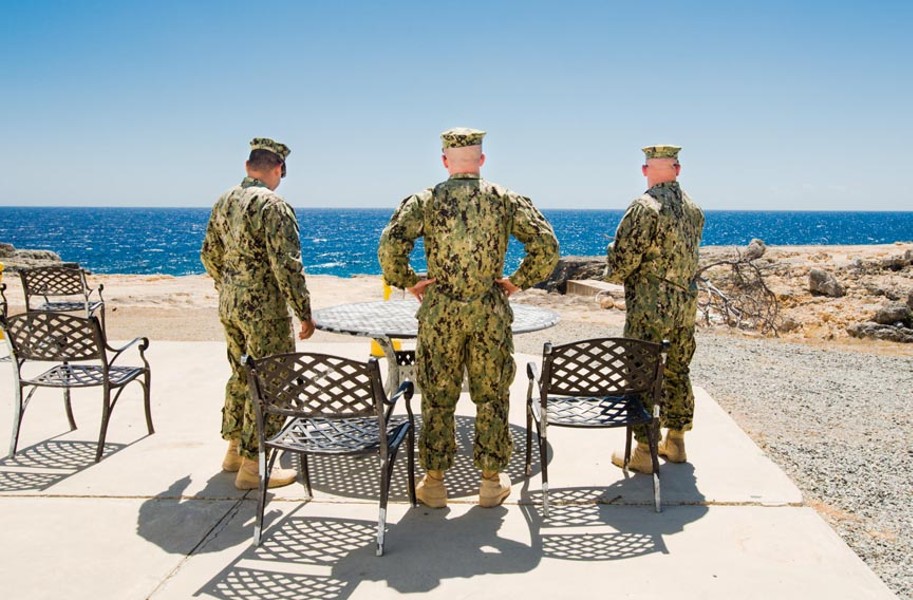 Debi Cornwall’s “Smoke Break, Camp America” is from the series Gitmo at Home, Gitmo at Play, which explores the grim absurdities of life for prisoners and guards at Guantanamo Bay, Cuba.

Originally a janitor at a border station in Arizona, Tom Kiefer was struck by the sheer number and variety of objects confiscated when undocumented immigrants were detained and deported.

He began photographing collections of objects as wide-ranging as Bibles, shoelaces, wallets and soap for a dispassionate look at hopes dashed.

Kiefer’s work is one of the issues explored by seven artists as part of “Stump,” a group exhibition at Candela Books and Gallery that was born out of owner Gordon Stettinius’ desire to provide a platform for dialogue on national issues.

Seven artists, seven issues and one goal: to be a cog in the greater machine by registering as many voters as possible before the deadline in mid-October. The medium is photography, an art that uses light and time to portray reality, although the processes and end results vary wildly.

If an artist’s job is to be a witness to a specific time in history, the ones chosen for this show come through with a host of provocative issues: women’s reproductive rights, environmentalism, the Black Lives Matter movement, immigration, the private world of Guantanamo Bay detainees and guards, consumerism and this year’s bizarre campaign trail. 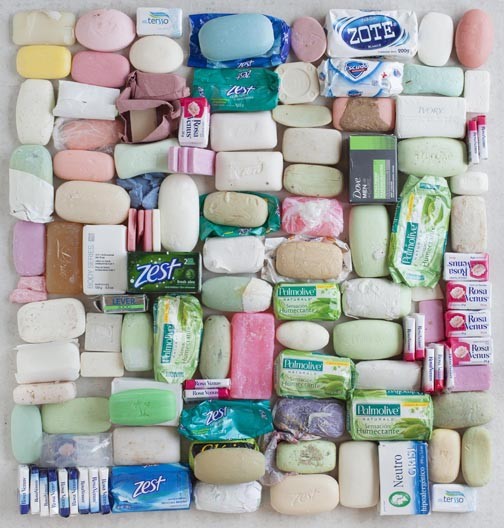 Cultural anthropologist Sheila Pree Bright documents the Black Lives Matter movement with protest photographs that differ from their ’60s predecessors mainly in how the participants are dressed. For context, a video of civil rights figures plays continuously nearby, the familiar voices extending their timeless messages to the current cause.

For maximum impact, it’s hard to top D.M. Witman’s photographic commentary on the declining state of the environment. Several of the pieces weren’t fixed — that is, didn’t undergo the final step of the development process to stabilize them. So over the course of the exhibit, the imagery will provide a metaphor by fading until it disappears entirely.

“We’re not talking about ideas that sell art,” Stettinius says, his nonprofit sensibility showing. “Sure, I hope there’s a collector who likes some of this, but initiating dialogue with the community would be the real source of accomplishment.”

Particularly ungallerylike are Mark Peterson’s photographs of campaign trail theater — Hillary Clinton, Ted Cruz and others caught in various moments of stumping — which read as straightforward documents of today’s political scene rather than art-for-art’s-sake photographs.

Lindsey Beal tackles issues regarding women’s reproductive rights and sexual freedom head-on with cyanotypes, an antique photographic process that produces bluish prints, of petri dishes alive with sexually-transmitted infections. A sense of humor imbues the four stretches of wallpaper she created, each representing a different birth-control method: the female condom, the ring, the pill and the condom. Only the last immediately registers visually as what it represents.

For Stettinius, the intent of “Stump” is to present issues, not a partisan viewpoint. But if people have opinions to vent, he’s ready. “Bring it,” he says. “Share your ideas here.”

He acknowledges that life in the detainee camp at Guantanamo Bay may not have the same main stage resonance as some of the other issues, but the show was an opportunity to work with lawyer turned photographer Debi Cornwall. Photographs of an outdoor recreation cage, a prayer rug in a cell and a chair for forced feedings uneasily co-exist with touristy objects such as an “I [heart] Guantanamo Bay, Cuba” T-shirt.

A voting station has been set up with forms to register to vote and change voter information, along with envelopes and stamps. Gallery staff will mail the forms to make it as convenient as possible for those eager to have their voices heard.

“People aren’t likely to go home and hang one of Debi’s Guantanamo pictures on their wall,” Stettinius says. “But signing up people to vote — that would be the difference we can make.” S