Can VCU Find a Mean Streak? 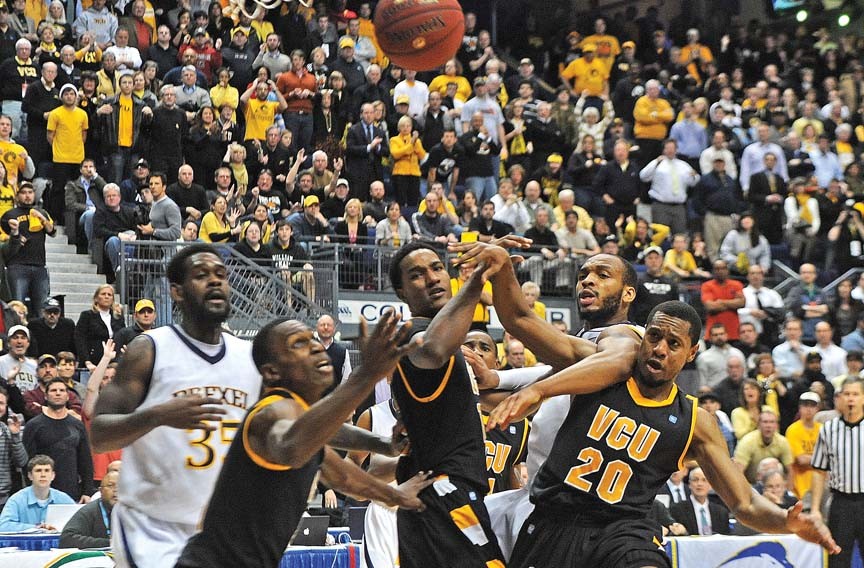 It was a little anticlimactic. Virginia Commonwealth University's ticket to the NCAA basketball tournament was punched more than a week ago after winning the Colonial Athletic Association championship. And, well, comparisons to last year's Final Four team have been going since November.

But on selection Sunday, all we have are questions. In the bowels of the Siegel Center, Coach Shaka Smart and a handful of players take turns fielding them after the brackets are announced. What are your thoughts about the professional class of prognosticators who predict that the Rams will be ousted in the first round? (Everyone's entitled to an opinion.) What does it mean that only one team from the CAA received a bid to the tournament? (Drexel deserved to get in.) Exactly how many shoes do you think you'll purchase at that flagship Nike Town in Portland, Ore.? (Lots.)

There's another question that keeps coming up: Can this year's team, with only one returning senior, match the toughness of the 2011 version?

"We were really worried about losing Joey, Brandon and other seniors to graduation," Smart says, referring to Joey Rodriguez, the team's celebrity point guard, and Brandon Rozzell, the streaky shooter and self-described mayor of Richmond. "They brought swagger, toughness to the team."

Is that toughness missing from this bunch of Rams? Maybe. Smart acknowledges that it was a concern entering the season.

"The ideal team, as a coach, is you got a bunch of nice guys off the court that are assassins on the court," Smart says during a teleconference last week. "But that's hard to find, it's hard to flip that switch. We knew that we were going to have to get some of these guys tougher and a little meaner on the court."

And they have, junior point guard Darius Theus says. In games down the stretch, during tournament play, that's when having toughness becomes critical. It was on display during the CAA tournament, but how will the Rams fare against better competition — say, the Wichita State Shockers, and Indiana, their possible second-round opponent?