Can Eric Cantor Save the GOP? 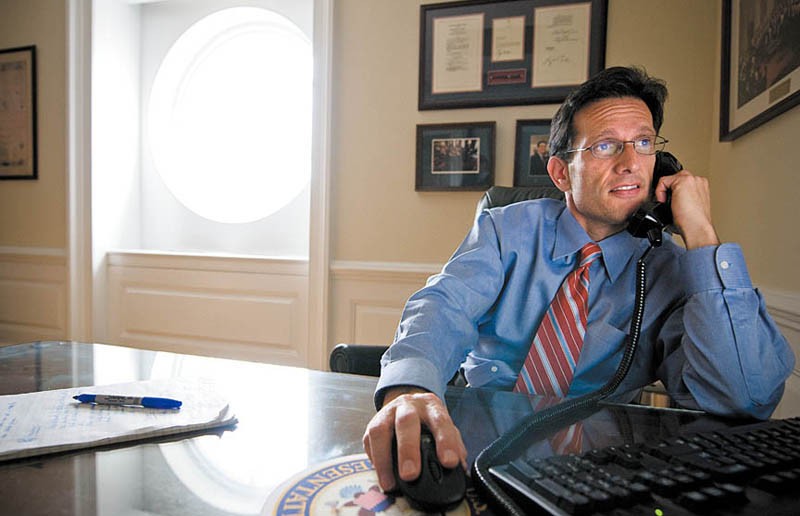 Rep. Eric Cantor and ranking congressional Republicans, seeking to repair the party's broken image, had a moment of clarity while attending a retreat in January at the upscale Kingsmill resort near Williamsburg.

According to a profile in The New Yorker last week, the chief executive of Domino's Pizza, Patrick Doyle, told Republicans at the retreat that when customer surveys showed the public didn't like the company's pizzas, Domino's changed its recipe and started making tastier pies. Faced with declining market share, the company had a choice: tweak the marketing or make better pizza.

Unfortunately, Cantor, the powerful House majority leader from Henrico County, is choosing to do the former, the magazine concludes. And as it turns out, many people believe the future of the Republican Party may depend on Cantor's makeover attempts.

Reeling from federal sequestration cuts, especially in Northern Virginia and Hampton Roads, Cantor's also fighting internal party discord at home. Although all sides share blame, the forced job furloughs and canceled government contracts can be laid at the feet of Cantor, who for months stubbornly has refused to compromise on budget matters. He paid a price: Polls last year found Cantor's popularity rating in Virginia had fallen to 27 percent.

Other Virginia Republicans are caught in the middle while they struggle with the same contradictions. Gov. Robert F. McDonnell finally got the state off the dime on roads through a complicated tax-increase scheme. Doing so was popular with many voters, but while he "becomes a hero to the Virginia establishment," political analyst Bob Holsworth says, "he's seen as a traitor by his base."

While Cantor and national Republicans try to soften the GOP image, Virginia Republicans are set to nominate hard-right maverick Kenneth Cuccinelli, the state attorney general, as their gubernatorial candidate this summer.