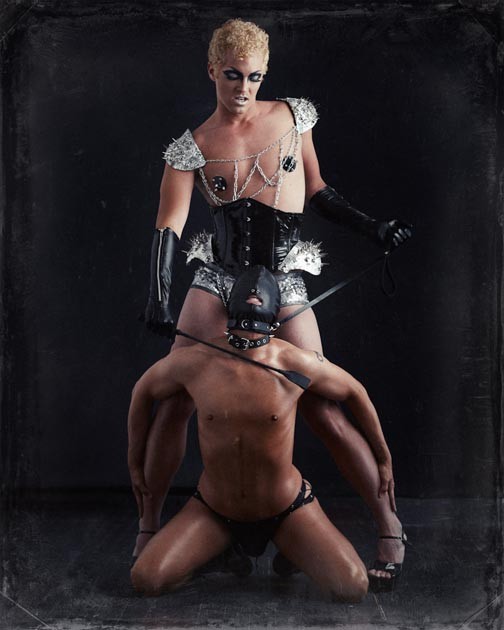 I can recall doing the "Time Warp" for the very first time. I was 15 when I saw "The Rocky Horror Picture Show" in the late '70s, and it changed my life. The film was a titillating thrill ride with a message of sexual acceptance delivered in a palatable mock-shock-horror format — perfect for those of us at the precipice of our sexuality. Fast-forward to the desensitized 21st century, in which grandmothers dance the "Time Warp" at weddings and the film is telecast every Halloween. Where can a Transylvanian find a thrill these days?

Enter Jase Smith, director of the Firehouse Theatre Project's production of "The Rocky Horror Show." Smith aims to give the show a jolt that should reawaken audiences to the story and redefine the parameters of acceptable naughtiness. "I feel that being shocking is part of getting those messages across," Smith says.

Smith and his design team — musical director Leilani Giles, choreographer Maggie Marlin, set and lighting designer David McLain and costumer Holly Sullivan — are creating an edgier, dirtier world, with some new material added to excite the jaded. Dr. Frank N. Furter lords over a remote sex club rather than a castle. The costumes have been upgraded from bustiers, pumps and fishnets to all-out sado-masochism gear with lots of leather, straps and spikes. Gone is the electrified, rainbow ritual to create the monster. "In this version, Rocky is not manufactured, he is created," Smith says. "He comes into the club and is converted into Frank N. Furter's submissive through drugs and bondage. He is a willing participant."

Inspired by recordings from the 2003 album "The Rocky Horror Punk Rock Show" and the new Broadway cast soundtrack, Giles has updated some of the music as well. Two songs have been added: "See You Round Like a Record" (recorded by Little Nell Campbell, who played Columbia in the film) and the theme song from the Rocky Horror follow-up, "Shock Treatment."

Cult devotees know that throwing rice, toast and toilet paper are de rigueur at midnight showings of the film. Not at the Firehouse, please. In order for audiences to focus on the story, Smith requests that props be left at home. "It's really important that people understand that this isn't camp," says Terence Sullivan, who plays Furter. "This show intelligently tells a story that is emotionally, politically and sexually charged. People must connect to it in the context of now."

The result is a peculiar alchemy of emotion and titillation. "Foremost, I want people to rediscover a reason to cry when Frank dies," Smith says. "And secondly, I want people to go away and think about visiting Taboo and maybe buy some handcuffs." S