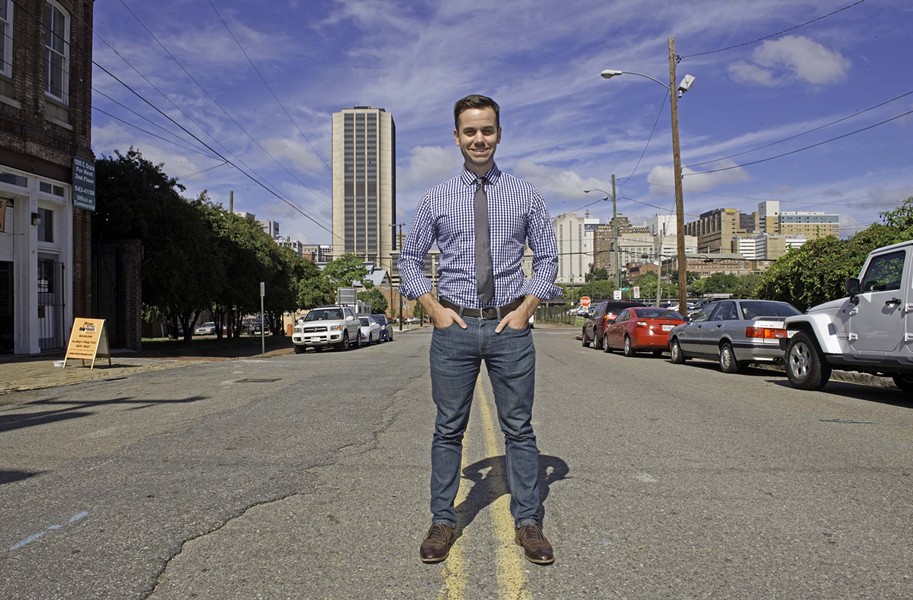 Typhoon Haiyan smashed into the Philippines at 3 in the morning last November. In Richmond, Cameron McPherson was glued to his laptop, using Skype to gather reports on the ground and distribute them to such news outlets as CNN.

Through his job at the Hodges Partnership, McPherson manages communications for ChildFund International, which in the aftermath of the disaster was working to distribute food and set up emergency centers for children.

While camera crews were able to reach the islands in the days after the storm, McPherson’s responsibilities shifted from relaying information about the scene — 6,000 dead, leveled buildings and impassible roads — to talking about ChildFund’s relief effort.

“Obviously no one wants an emergency like this to happen,” McPherson says. “But I do find it rewarding to be able to help in those situations. Especially realizing, ‘Wow — we could manage all of the communications from here in Richmond.’”

Outside of his day job, McPherson lends his PR expertise to a number of local nonprofits. Among them is the Cookies for Kids’ Cancer bake sale, which last year raised $50,000 for pediatric cancer research.

He’s also an advocate for the LGBTQ community, serving as a member of Richmond Region Tourism’s advisory committee on the subject. Through his work with the group, McPherson helped select and promote the organization’s successful Out RVA campaign, which recently was featured in The New York Times.

Likewise, McPherson serves on the junior board of Rosmy, which provides support to lesbian and gay youth in the Richmond area. He’s been involved with the group since he was 15, when he came out as a James River High School student and began attending the support group.

He says his work with Rosmy also gave him his first leadership experience. “I wouldn’t say I had a bad experience in high school,” he says. “But it was really nice to go into an environment where there were people like me.”