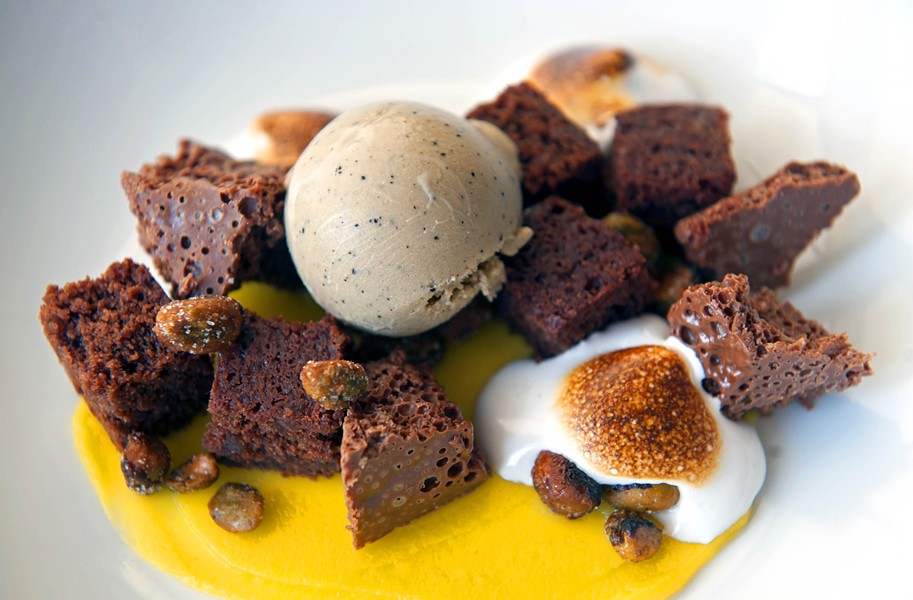 The less said, the better. The folks at Dutch & Co. work pretty hard at staying out of the spotlight — minimal social media, shy but polite press aversion, and an almost-underground character that's confident — who names a dish the perfect egg unless it is? — but also self-effacing with vermouth-dry wit and a desire to please deeply. Their food hits notes of season, farm and memory, but also slips in a few surprises. For these and many other reasons, Style Weekly's food and drink team names Dutch & Co. its Restaurant of the Year.

In Dutch culture, residents see themselves as modest, self-reliant and disciplined. Ostentatious behavior is frowned upon and compliments are offered sparingly. As a protocol expert advises, "A person who never offers criticism is seen as being either simple-minded or failing to tell the truth."

Lucky for Dutch & Co., a small but ravishingly successful restaurant in Church Hill, the criticisms are as minor as wisps, brushed away with the owners' sincere desire to correct them.

This is a humble space, only three dozen seats and a bar that's the least flashy in town. The room often hums with a mix of power brokers and neighbors. Walk-ins are encouraged, and reservations are limited — which speaks to the egalitarian Dutch culture and a desire to mix it up.

The menu is a single page, direct and concise — five appetizers, five entrees, three desserts — dressed with an ornate, embossed logo as unobtrusively elegant as the ingredients. There's the now-famous perfect egg, the pig face terrine, the stroopwafel and honey pot, and an evolving treasure hunt of seasonal foods, painstakingly prepped and artfully composed.

Owners Michelle Shriver, of Dutch descent, her husband, chef Caleb Shriver, and chef Phillip Perrow — all in their early 30s — are serious-minded about their business, but playfully tantalizing in the way they feed their guests. On Saturdays, their one-hour-only, backdoor hot-dog takeout is a cult favorite. One week it's lamb dogs with feta, preserved lemon and white anchovies, another it's nori matcha with apples and miso. Dutch is doing what it wants, stepping just ahead of trends or unearthing long-ago folklore, wrapping its perspective in the subtle, nubby cloth of intention, with humor and restraint that are even more endearing amid the culinary one-upmanship of so many competitors. 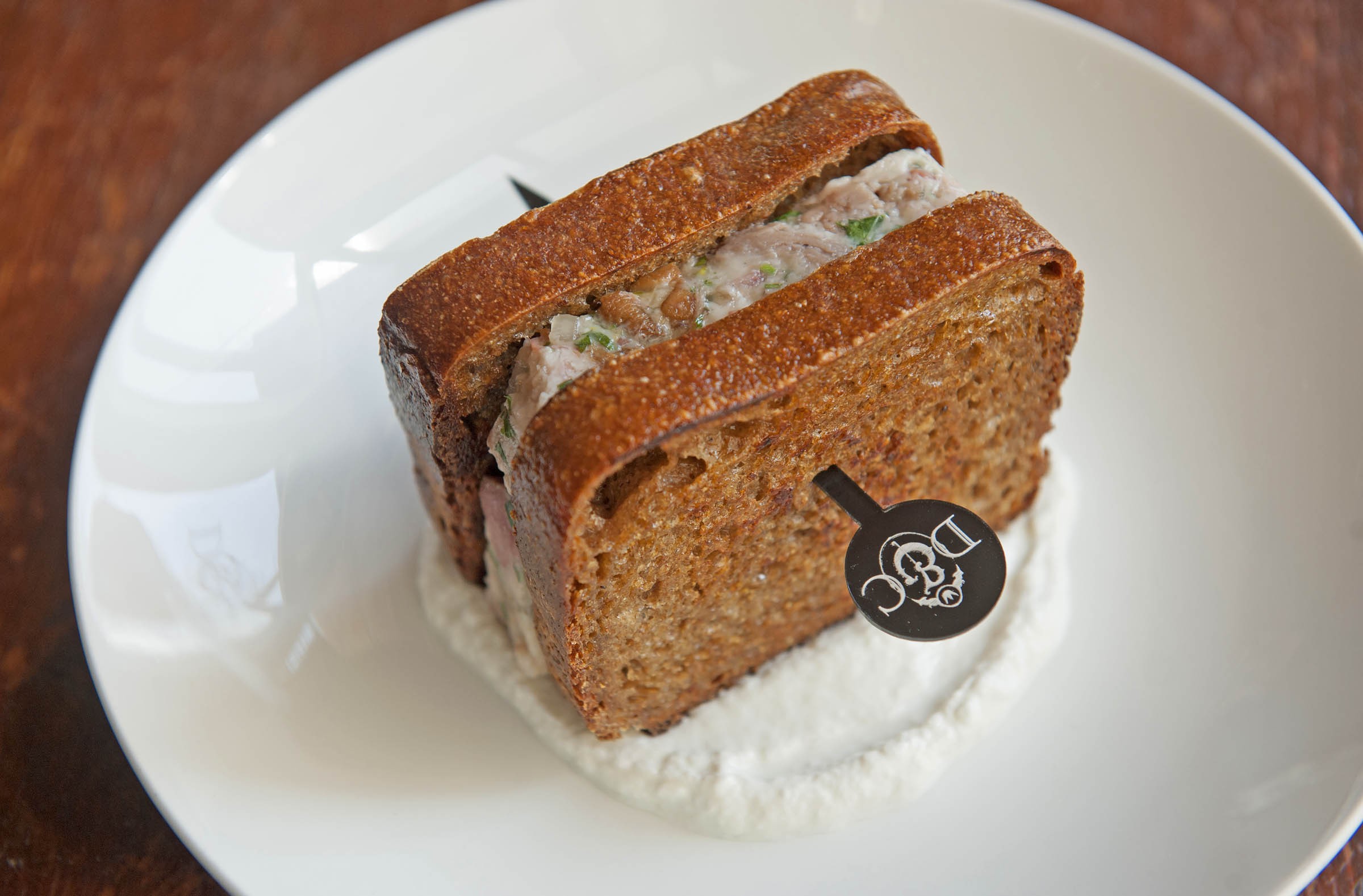 "This is what we do because we like it so much," Michelle Shriver says. "I've spent a lot of time in Holland and the name just came about in a very organic way — warm, welcoming and comfortable, it just describes us and what we want to do." She and Perrow worked at Acacia, her sister Aline Reitzer's restaurant with local chef and hero Dale Reitzer. The Shrivers met while working at Autumn restaurant in Chicago and more recently Caleb was chef at Aziza's before opening Dutch last year. "I believe we're kinda worldly," Caleb Shriver says of the kitchen's approach. "We come from a strong French background and utilize a lot of different ideas from around the world, whether it's an inspiration from a cookbook or a place where we've traveled." They use regional ingredients, work closely with farmers, and prefer to let flavors stand unfussed-with, hitting some nostalgic notes amid the twists.

"Dutch & Co. has become a favorite for pushing the envelope without alienating the casual diner," reviewer Matthew Freeman says. "Despite the complexity of flavors, techniques and ingredients it uses, it all comes together to make simply excellent food. The creativity from the kitchen seems never-ending, with seasonal updates to their menu as well as daily specials to keep things fresh for the regulars." 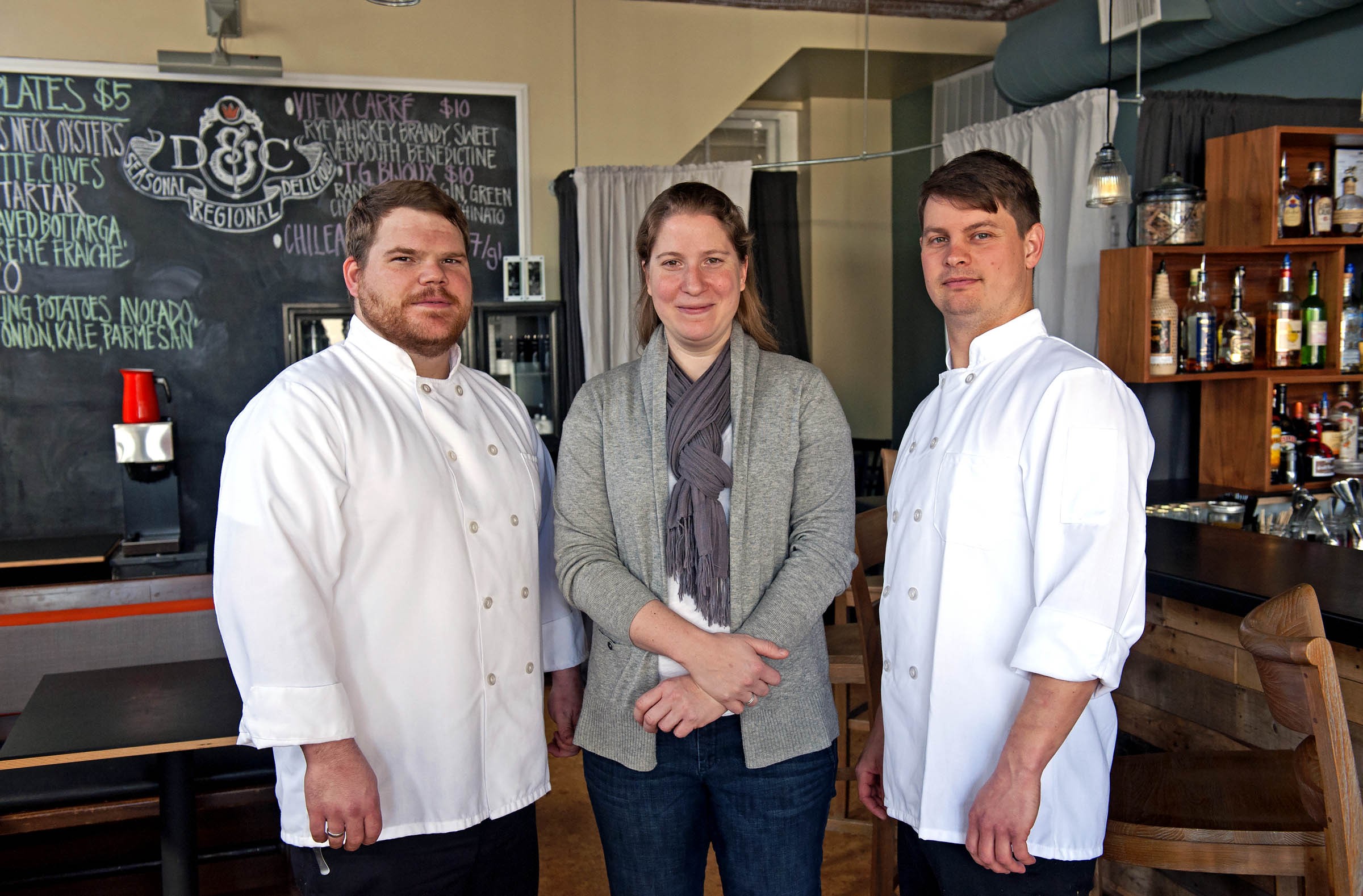 The restaurant makes food you want to eat, without pretension, reviewer Robey Martin says. "Dutch & Co. straddles that impossible line between trendy and established. It embraces the rarely heard-of spectrum that's special-occasion, neighborhood haunt and incredible value. Meals are hearty and heartful, cocktails simple yet fun. Subtle details communicate a delicate passion to the diner that in turn hammers home an overall experience, sublimely refined, appealing to the most adventurous of eaters and those that yearn for an old faithful."

Since opening 15 months ago, the place has gotten progressively busier, causing the occasional service hiccup, reviewer Don Baker notes. "The casual décor and atmosphere is more Mamma 'Zu than Acacia," he says, "but it fits the neighborhood. And the subtle Dutch touch is just right, from the stroopwafel dessert to the Rembrandt self-portrait print on the wall of the spacious men's room. But we recently endured a 20-minute wait between delivery of water and wine and the order taking. Once the ball was rolling, though, things were fine. Richmond has shown that it welcomes places like this one, that show off the talent in the kitchen and challenge tastes in the dining room."

To reviewer Karen Newton, the kitchen is an indicator of its priorities. "If there's feng shui to restaurant kitchens," she says, "Dutch & Co. nailed theirs. The generous space allows co-star chefs Caleb Shriver and Phil Perrow to work in concert, demonstrating a reverence for thoughtfully chosen ingredients and superb taste. 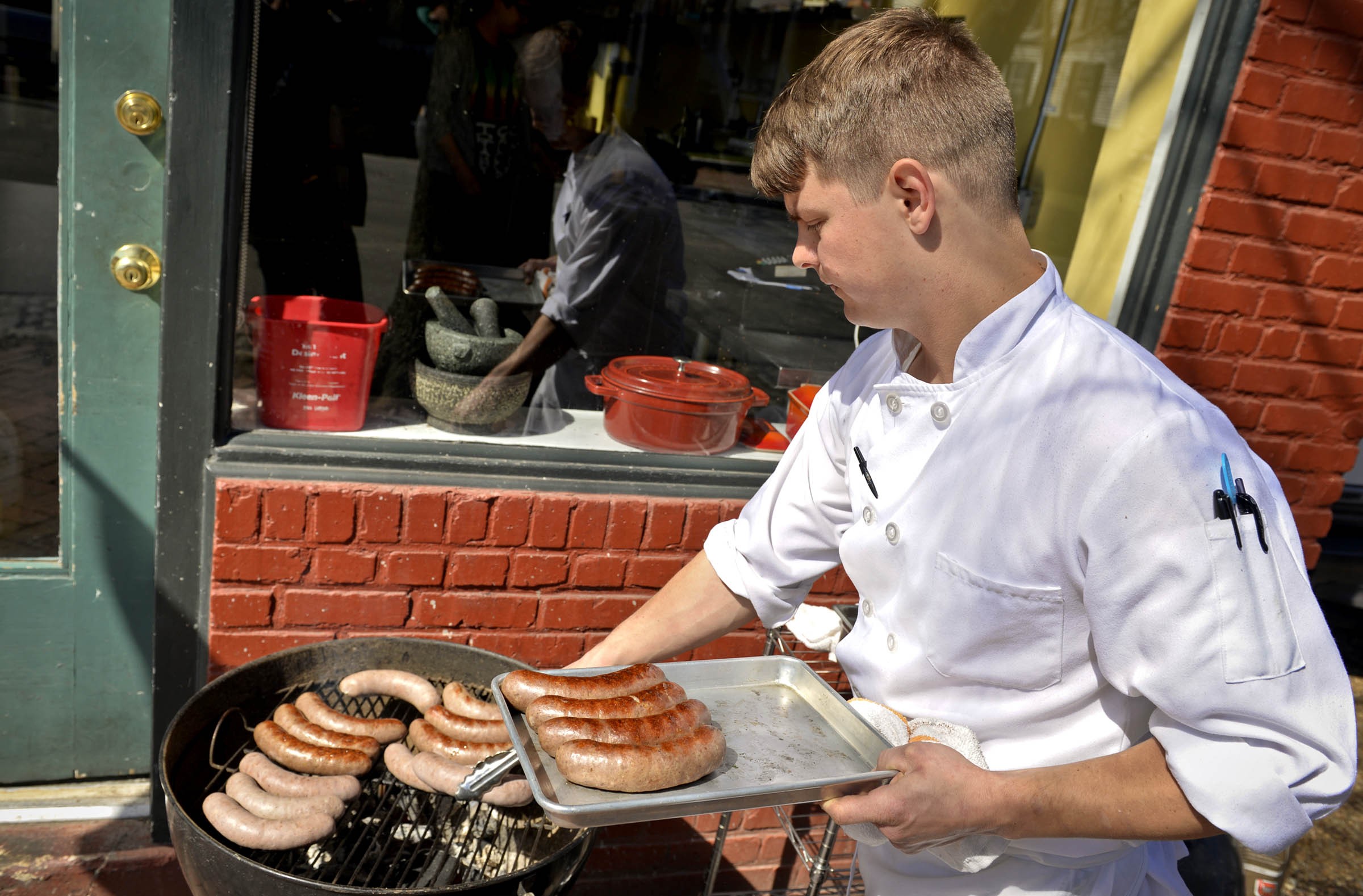 "Even the $5 chalkboard menu captures the kitchen's creativity in every forkful," Newton says, describing some of the offerings. "Cured venison loin and paper-thin celery root dotted with rich blueberry-beet sauce. Salmon tartare enfolded in blini with shaved botargo and chive crème fraîche. Cotechino sausage with fall spices over celery slaw spiked by persimmon ketchup. If there's a better use for a five-spot I haven't found it, and my favorite meals here involved ordering everything on the $5 menu.

"For those who prefer their meals all on one plate, look no further than entrees such as the earthy lamb two ways — roasted leg and braised shank — with rice and a grape leaf stuffed with fennel-raisin chutney, finished with olive pine nut relish and feta sauce.

"Indeed, this is state-of-the-art quenching and feeding in Richmond circa 2014,' Newton says.