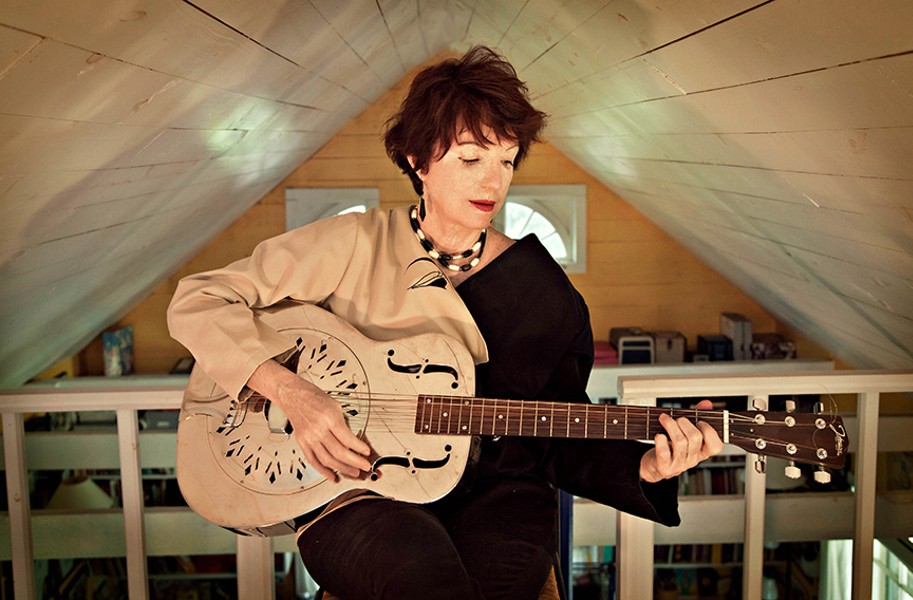 After Ann Allen heard Cajun music, her love for the French language entwined with a passion for the traditional music of southwestern Louisiana. That dual fascination bloomed further during the Richmonder’s trip to the 1976 National Folk Festival at Wolf Trap National Park for the Performing Arts. Meeting a group of Cajun musicians there playing under a tree, she found all of them intriguing, but noticed the handsome accordion player most of all. He noticed the radiant young woman from Richmond, too.

A year later, Allen married Marc Savoy at a fall foliage-draped wedding in her mother’s West End backyard. After the ceremony, they drove her blue VW Beetle to Eunice, his Louisiana hometown, and made a home together in the Cajun heartland. The musically prolific life Ann Allen Savoy has lived since includes performances throughout the world, many recordings and four Grammy nominations.

A writer who doesn’t type, Savoy also wrote two books about Cajun, Creole and zydeco music. The Washington Post cited the first book, 1984’s “Cajun Music: A Reflection of a People,” as “perhaps the most comprehensive and stunning portrait of this music ever written.”

Thirty-seven years later, Savoy has published “Cajun Music: A Reflection of a People, Volume II.” Work for the second book began when she finished the first, but other projects and motherhood led her to shelve the project in 1992. While the book waited in storage boxes stacked in Savoy’s office, she performed and recorded with the Savoy-Doucet Band, the Savoy Family Band, the Magnolia Sisters and, her jazz group, Ann Savoy and her Sleepless Knights. She also recorded a Grammy-nominated 2006 album with friend Linda Ronstadt, “Adieu False Heart,” and she produced 2002’s “Evangeline Made: A Tribute to Cajun Music.” The latter Grammy-nominated collection features Ronstadt, John Fogerty, Richard Thompson, Marc and Ann Savoy, Nick Lowe, Rodney Crowell, Patty Griffin, Maria McKee, and David Johansen.

Savoy’s many collaborators include T Bone Burnett, the 17-time Grammy-winning producer who recruited her to appear in the 2002 film “Divine Secrets of the Ya-Ya Sisterhood” and be associate music producer for 2006’s “All the King’s Men.”

“So many wonderful opportunities have come my way,” she says of the music-making that kept volume two of “Cajun Music” in its boxes. “Waiting with all the jewels in them, until somebody made me take them out again.”

The somebody turned out to be many people who loved the first book.

“Every time I’d travel,” Savoy recalls, “they’d asked, ‘When is volume two coming out?’ And then they said, ‘It’s never coming out, is it?’ That got me going.” 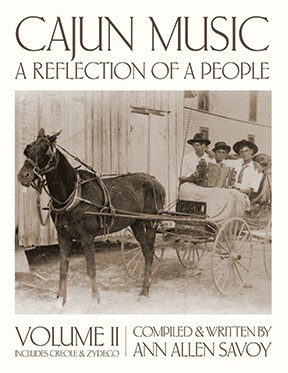 Savoy’s musician children and their friends were fans of “Cajun Music” volume one, too. They helped enormously, transcribing music and interviews and typing the manuscript. Although the book was far along before 2020, the coronavirus pandemic-imposed halt to Savoy’s travels gave her time to complete it. At 456 pages, it contains 35 English and Cajun-French interviews and biographies, 100 songs with French lyrics and phonetic pronunciations and voluminous photos.

Savoy’s music-rich life began in St. Louis, Missouri, where her father briefly worked. She was still an infant when her parents, Thomas Wilson Allen and Mildred Chappell, returned to Richmond. Given a baritone ukulele by her father when she was 10, she got her first guitar at 12. Following her father’s death when she was 13, her artist mother moved the family to Switzerland, the place where Savoy developed her love for French. A Swiss chalet served as the Allens’ home base while they visited Europe’s great museums. During a trip to London, Savoy met Paul McCartney and Mick Jagger at the Beatle’s home in St. John’s Wood.

In 1974, Savoy earned her degree in French from Mary Baldwin College. She received an informal music education from Raleigh Powell and Louis Reimuller, friends who introduced her to British ballads, bluegrass, the blues of Bessie Smith and Memphis Minnie and Cajun music.

Savoy was teaching guitar at Don Warner Music and French at Hanover Academy when Linda Marie Firmin, a Richmond-dwelling Cajun friend, told her that Cajun musicians were appearing at the 1976 National Folk Festival at Wolf Trap. Firmin introduced Savoy to them, including Marc Savoy. “Love at first sight,” she says of meeting him.

Savoy’s parents had never met anyone like her new beau.

“My mother didn’t know what to think,” she says. “But my stepfather, Jimmy Robinson, totally got it. He was like, ‘This is the best man you’ve brought to this house.’”

Ann Allen and Marc Savoy performed Cajun waltzes and two-steps at their wedding in Richmond. “The fall leaves were gorgeous,” she remembers. “The neighbors and all our friends from Wolf Trap came.”

“It was inconceivable for my mother not to be in Virginia,” Savoy says. “But she loved our home in Louisiana and the world we made here.”

Ann Savoy’s “Cajun Music: A Reflection of a People, Volume II” is available at annsavoy.com.