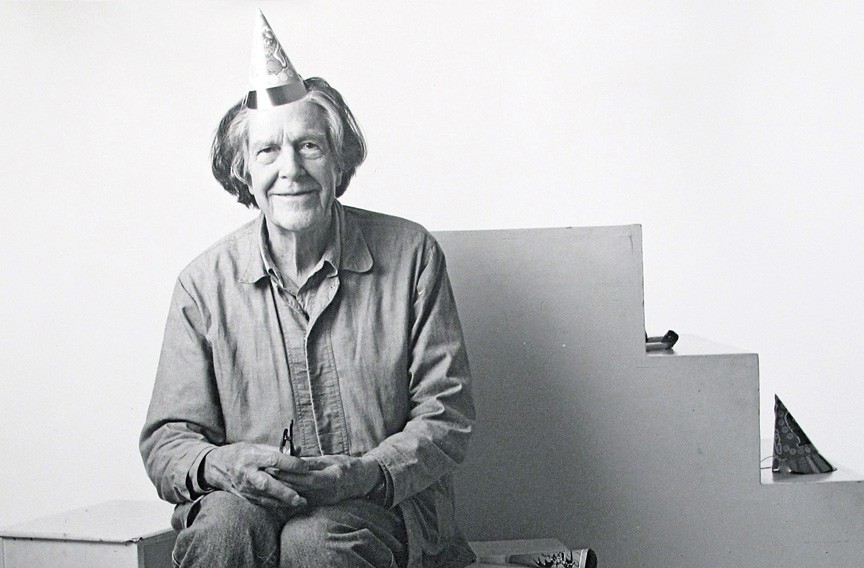 If hearing music you don't understand is like being told a joke in a foreign language, then John Cage was one of the great multilingual comedians of the 20th century. Arcing from modern to postmodern, embracing process and chance, Cage's sparely conceptual, counterintuitively engaging compositions have the clarity and humor of a Zen head-slap.

"To me, John Cage reminds us that life around us, what we do, and our environment constitute art," says Joanne Kong, pianist, harpsichordist and University of Richmond director of accompaniment. "And the lives we live are our most important artistic creation."

She says of the legendary composer, "His expansive view on what art is can lead one to a greater appreciation of the world around us."

Cage's legacy will be explored and celebrated in two UR concerts marking the composer's centenary. The first, March 21, is an interdisciplinary assay including music, dance, visuals — and the composer's most notorious piece, "4'33"," nearly five minutes of instrumental silence with the venue's background noise becoming foreground content. Another piece is played entirely on household implements around a kitchen table. Kong is featured on "A Flower," a percussive piece for vocals and keyboard with the lid closed over the keys. Other performers include UR gamelan players, singers, dancers and members of Grammy Award-winning artists-in-residence, eighth blackbird.

The second concert, March 27, features pianist Paul Hanson, Kong's husband, and focuses on the sonatas and interludes that Cage wrote for prepared piano (i.e. a grand piano with its sound altered by the precise insertion of metal objects in the strings). The result is percussive and necessarily muted, creating a minefield of notes with inconsistent volume. "I've had to go through the score and mark all the unprepared notes," Hanson says. "To make the sound even, you have to play them softer."

Prepared piano with flute also is featured on "TWO," the closing piece of the first concert. "It's the only really late piece," Hanson says. "It is more serene and spacious." The score consists of a few chords, and it is up to the players to determine how they will be rendered. Hanson is using random means to set the order — a process Cage pioneered with his "indeterminate" music. But while the compositional process is open, the complex final score is highly specific, requiring practice and polish to perform. A slide show of Cage and his visual work, provided by UR professor (and Cage student) Stephen Addiss, will be projected during the performance.

After the final piece ends (in darkness, without applause), the Musicircus begins. Throughout the building approximately 80 musicians of all genres will start playing whatever they want for exactly one hour. This is the one Cage tradition that's taken root in Richmond during the past half-dozen years, organized by drummer Brian Jones, and exploring its extended aural landscape is one of the year's great sonic adventures.

For those who want to continue the adventure, jazz giant Charles Lloyd celebrates his 75th birthday with a concert at the Kennedy Center on March 22. The multi-instrumentalist is a player of great emotional depth and clarity; his continuing association with pianist Jason Moran has produced some of the most transcendent music of the past decade. Lloyd's soulful spirituality promises to be a perfect palate cleanser for the spiky beauty of the Cage sonatas featured in the closing program March 27.

The week proves that even if Cage's ever-evolving strategies of chaos, chance, distortion and silence took music to the edge and beyond, there are always new places for it to go. S