Which streaming Nicolas Cage flicks are pandemic-worthy and which ones are not. 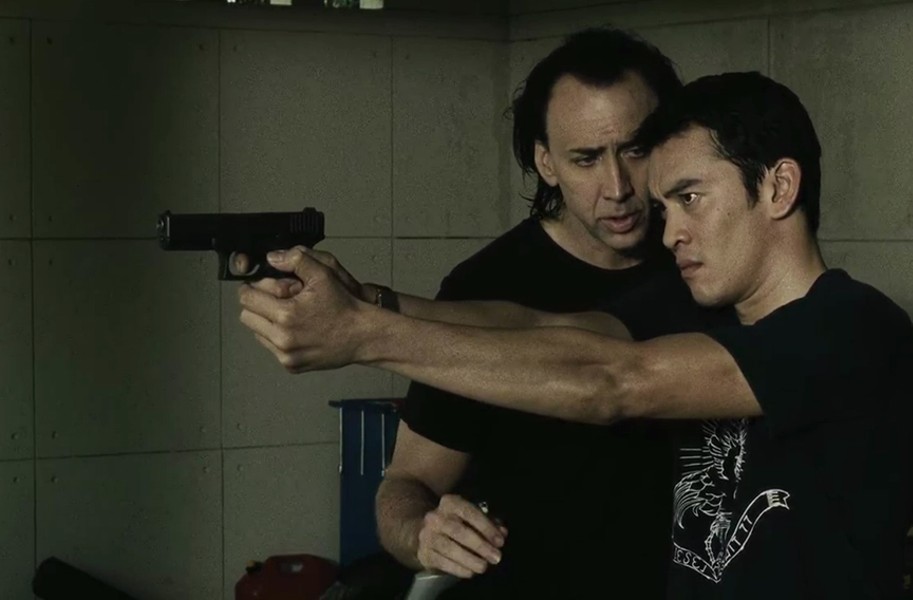 Sometimes, you just want to watch a movie that requires no emotional investment.

This can be difficult to find when every new show is super-dramatic, an hour long, and requires you to rewind several times to pick up a piece of dialogue or remember how we got from point A to B.

This, however, is unnecessary when viewing most Nicolas Cage movies from the past decade. It seems like just about once a month I can rely on a new Cage movie coming out on one of five streaming services, sit back, and let it pass through me like warm milk.

Five Nic Cage Movies You Would Never Watch Unless There Was a Pandemic:

“Pay the Ghost” (2015)
A guy’s son gets kidnapped at a carnival on Halloween, and so the guy goes looking for him through unconventional means.

“Bangkok Dangerous” (2008)
The beginning of Cage’s reversal to B-movie fame, this film finds a hard-drinking hit man guy working to right wrongs with the help of a kid. Things get dangerous.

“Mom and Dad” (2017)
Not the worst movie and quite possible nowadays, as the kids drive their parents into a murderous rage in what quickly spirals into an epidemic of slaughter and confusion, before tiredly reverting to questions like: How did we end up like this?

“Running with the Devil” (2019)
A movie about how cocaine is grown, manufactured, shipped, and sold, focusing its attention on the Canadian side of the market. Here, Cage and Laurence Fishburne give over-the-top, cliched performances that are at times delightful, and at others, cringe-worthy. One federal agent hopes to take down the entire process. Can she beat the devil? Probably not.

“A Score to Settle” (2019)
A guy who used to work for the mob gets out of prison and meets up with his estranged son. They recover some money the guy buried, then go stay at a resort somewhere in Oregon, spend the money on suits, cars and prostitutes. But it turns out the guy is dying because of something, we don’t really know what, so he looks to take down the dudes that set him up. Essentially, no real scores get settled, and the final reveal at the end is pretty obvious. But part of the fun in discovering a new Cage film is reveling in its absurdity. So enjoy.

So, Cage is still an Oscar-winning actor, and he’s actually made a few decent films during his B-movie run.

“Dog Eat Dog” (2016)
Cage and Willem Dafoe star in a mishmash of scenes that never really form a coherent picture, but somehow are entertaining as hell, simply because of how ludicrous they are. Along with a third mafioso type, the trio kidnaps the child of a Cleveland mob boss for a hefty ransom. Not everything goes as planned.

“The Trust” (2016)
A rather comical caper that sees Elijah Wood flourishing into the off-beat actor he’s become of late, joining up with the always off-beat, over-the-top Cage, as two low-level cops who work off of each other to great delight while trying to pull off a hopeless heist.

“Joe” (2013)
Based on an excellent Larry Brown novel, “Joe” finds Cage closer than ever to his Oscar-winning performance in “Leaving Las Vegas,” as an ex-con who spends his days supervising a crew that poisons trees to be cut, and nights getting loaded. When he employs a 15-year-old kid whose father is an abusive alcoholic, he finds some hope in redeeming his past, even if he isn’t the greatest of role models.

“The Frozen Ground” (2013)
Cage plays a state trooper hell-bent on tracking down a serial killer, played by John Cusack, in this movie based on a true story and taking place in Alaska. Neither actor breaks out in song, unfortunately, but the movie is actually pretty decent.