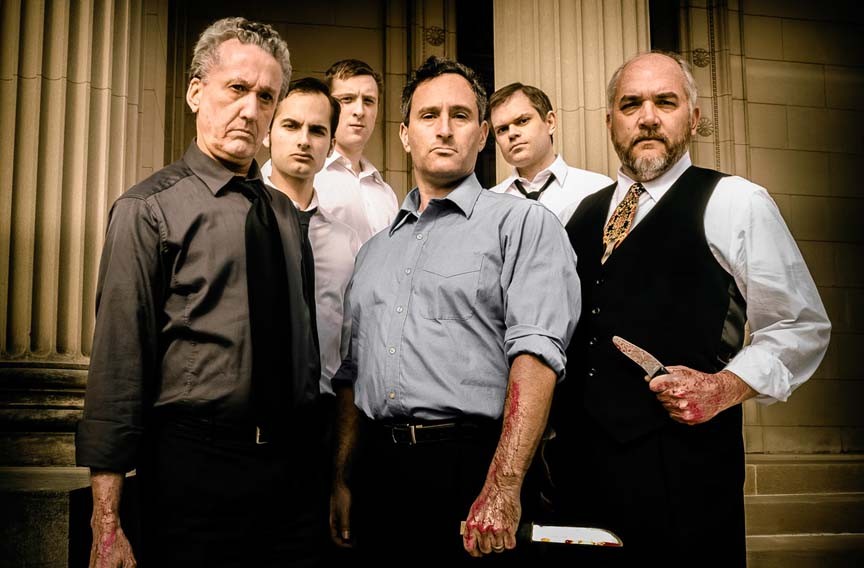 In these modern times, a popular way to liven up the works of Shakespeare is to place them in different settings than originally intended by the Bard.

While it occasionally leads to some interesting enhancements of the text, it often isn't completely thought through, or strains the metaphor in trying to get the point across. Perhaps bored with these machinations, the satirical website the Onion once published an article titled, "Unconventional Director Sets Shakespeare Play in Time, Place Shakespeare Intended."

Joking aside, the exact opposite of this phenomenon has taken place with Henley Street Theatre's "Julius Caesar." In director James Ricks' envisioning, the play is set in early-20th-century Europe, firmly planting the drama's portrayal of a republic on the verge of becoming a dictatorship.

The halls of ancient Rome have been replaced with Tennessee Dixon's austere set, and the Roman guards' spears with machine guns. As Caesar (Jay Millman) appears to crave the power of absolute rule, two senators Brutus (Dan Stearns) and Cassius (Jonathan Hardison) plot his assassination to ensure that Rome remains a republic. Through its close focus on the planning of the assassination and its aftermath, Shakespeare's plot-driven text is an examination of how power and ambition can have traumatic outcomes.

Though the play might bear Caesar's name, it's fundamentally about Brutus' decisions and their consequences. As Brutus, Stearns skillfully portrays the character's inner conflict, struggling to reconcile his love for Caesar with the duty he feels toward his country. Hardison makes the interesting choice to portray Cassius sympathetically, driving home the interpretation that although they acted in their own self-interest, these men also were attempting to save their republic from lapsing into a totalitarian state

Jeffrey Schmidt commands the stage as Marc Antony during Caesar's funeral oration, and Millman is physically imposing and sufficiently arrogant as the proto-dictator. The supporting cast is filled with talented actors, and their work in scenes such as the murder of Cinna the Poet are among the show's strongest. Dixon's set and Andrew Bonniwell's lighting design heighten the feeling of dread, and Margarette Joyner's costumes are appropriately militaristic.