Byrds of a Feather

What to see at the 23rd annual French Film Festival.

One of the founders of the French new wave, director François Truffaut, gets his due with a screening of “Day for Night” and a free class on his underappreciated technique.

The largest French Film Festival in the United States takes place in Richmond starting Thursday. It offers a diverse slate of movies that highlight the work of cinematic veterans and novices alike, many of whom remain largely unknown in this country.

More than 40 directors will arrive from France to present North American or world premieres at Richmond’s Byrd Theatre, which also stars as the subject of one of the festival’s most anticipated entries, “The Byrd: A Love Story.”

Director Jean Achache’s documentary was produced with the Franco-German television station ARTE as a part of the Mythic Cinema Theater series. It highlights the local institution as a remarkable link to cinema’s palatial past that’s been kept alive by the determined affection of its patrons. The film plays March 28 at 10:25 p.m. and includes a discussion with Achache.

Cinema’s past also is fittingly represented in the festival by French new wave pioneer François Truffaut’s 1972 classic, “Day for Night.” It tells intertwined stories of a film production beset by complications that directors and technicians perhaps will recognize all too readily. This showing is March 26 at 4:30 p.m., and includes a discussion with cinematographer Pierre-William Glenn and stunt coordinator Rémy Julienne.

Complementing this screening earlier in the day is a workshop, “Truffaut, Technician?” at the University of Richmond, from 11 a.m. to noon in the Jepson School Lecture Room 118. The free class, open to the public, refreshingly seeks to correct Truffaut’s reputation as being less aesthetically ambitious than fellow new wavers such as Jean-Luc Godard and Alain Resnais.

History and the insidiously nurturing vitality of illusion also figure into Daniel Vigne’s “The Return of Martin Guerre,” an early 1980s melodrama featuring Gerard Depardieu that explores potential marital identity fraud in the wake of the Hundred Years’ War. (The film was later remade in Virginia as the Richard Gere and Jodie Foster Civil War weepie, “Sommersby.”) It plays March 26 at 9 p.m., and includes a discussion with Vigne. Meanwhile, René Vautier’s “Avoir 20 ans dans les Aurès,” playing March 27 at 11 p.m., offers a contrastingly literal, raw, docu-dramatic vision of life on the battleground, detailing a soldier’s ground-level experiences in the Algerian War.

War and its fallout is a prevailing theme of this year’s festival. “Diplomatie,” the new film from director Volker Schlöndorff, best known in the United States for his Oscar winner, “The Tin Drum,” dramatizes Swedish consul Raoul Nordling’s efforts to dissuade Nazi Gen. Dietrich von Choltitz from destroying Paris in 1944 on the orders of Adolf Hitler. It features André Dussolier, who appeared in “Amélie,” “Micmacs,” and Resnais’ final films, among many others, and Niels Arestrup, who’s best known in this country for his performances in “A Prophet” and “War Horse.” It plays March 29 at 7:30 p.m. 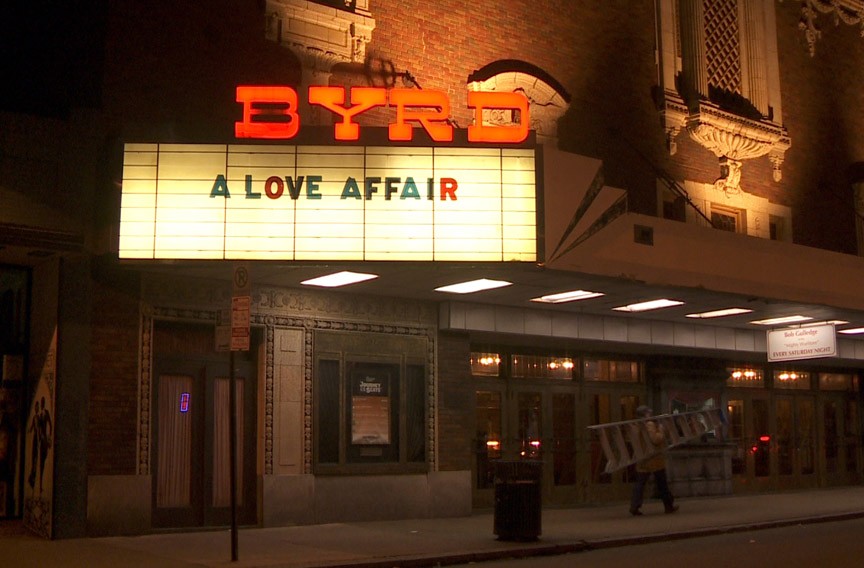 There are lighter and more, well, festive options available for those who are taken with love rather than war. But they also grapple with the simultaneous constrictions and freedoms of illusion versus truth, offering deceptively fizzier representations of France’s quest to understand its past as a way to discern its future.

Anne Fontaine’s new film, “Gemma Bovery,” is a romantic drama about a hapless former Parisian now living in a Normandy village, comfortable with his discarded dreams of the artist life, who soon becomes enmeshed with people who bear an unusual resemblance to characters from the work of author Gustave Flaubert. It plays March 29 at 5:30 p.m. “Pas Son Genre” also features a Parisian out of water, a philosophy teacher away for a year in Arras, who’s attracted to an opposite who’s drunk on the less obviously intellectual pleasures of pop culture. It plays March 29 at 2:45 p.m. and includes a panel discussion with director Lucas Belvaux.

In short, there’s an embarrassment of choices at the French Film Festival, including several other films, particularly a pair of promising crime movies, “Un Illustre Inconnu” and “Dead Man Talking.”

Additional workshops, all free, further emphasize the importance of technicians in filmmaking, as do a variety of pre-screening discussions with directors, actors, screenwriters, cinematographers, and various other craftsmen and craftswomen.

Thirteen short films also are playing, most notably a restored version of “Legend of Rip Van Winkle” by the historic and unfathomably influential director Georges Méliès. Just make your way toward the French flags, which will be up all along Cary Street, offering an extra flourish of celebration and gratitude. S

The 23rd French Film Festival runs March 26-29. All films have English subtitles and are presented by their actors and directors. For information visit frenchfilmfestival.us or call 827-3456.