To catch a glimpse of Obama, 15,000 descend on the Carillon to suffer, sweat and wait. 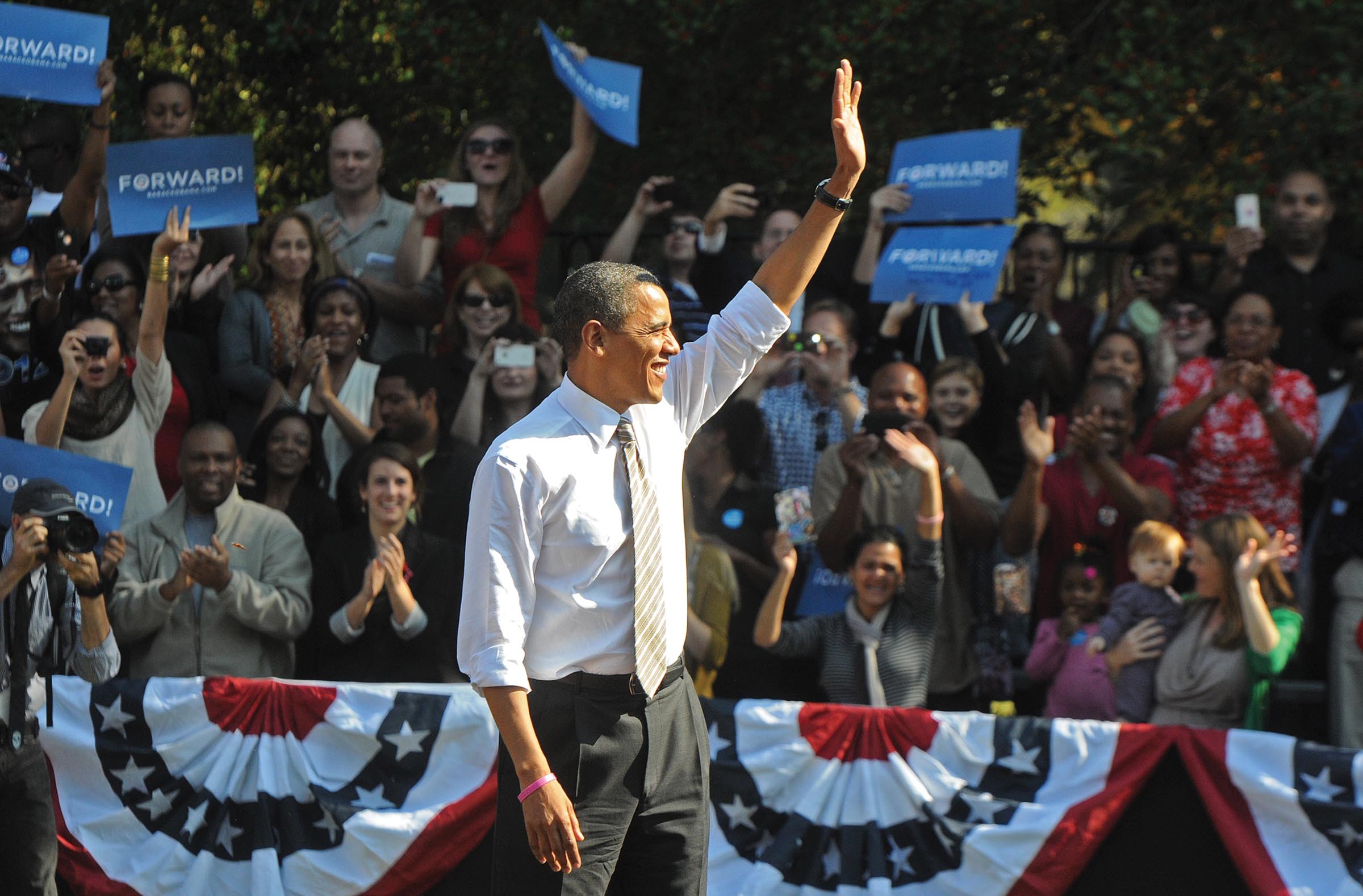 Two TV cameramen pop up on a riser. With no prompting, the crowd turns to them and starts chanting “four more years,” pumping their hands in the air, waving four fingers. The cameras go down and the crowd quiets.

It’s a glossy, campaign-stop moment -- destined to become a five-second bite on the local news. Up close, the scene is grittier. The sun, the crowd and the music -- a mix of about 15 songs running in a loop for four hours -- is starting to wear down some in the mass of 15,000 that turn out Thursday for Obama’s Richmond campaign rally.

“The irritabilities are beginning to creep in,” says Richmonder Douglas Johnson, 56. It’s noon and the first speaker will not take the stage until nearly 1 p.m.

Johnson is about 100 feet from the podium where the president will deliver his speech. Around him sweaty people lean over the crowd-control barriers. They’ve been standing penned up in Byrd Park since before 9 a.m. and most woke up before 4 to get there and stake out the prime spots. At least five people collapse in the heat -- it’s a humid 75 degrees, at least -- and are carried out by EMTs. Suited Secret Service agents pluck two people out of the crowd, inexplicably.

No food or drink is allowed past the gate, so volunteers periodically distribute cases of bottled water, which are split open and devoured by the crowd. People stare longingly at portable toilets set up on the other side of the barrier for campaign staff and members of the press. Mothers and bored, sad-looking children curl up together on the ground.

A guy who has been hired to help work sound for the event watches from the other side of the barricade with pity.

Then there’s the music: James Taylor’s “Your Smiling Face,” Montgomery Gentry’s “My Town,” and Al Green’s “I’m Still in Love with You.” They are blasted over the loudspeakers at least seven times each by the end of the whole thing. Obama’s campaign mix is varied, short and on repeat, lending a purgatorial, repetitive quality to the anticipatory waiting.

The crowd notices that they’re the same music over and over again. “It’s not really uplifting, having to listen to the same songs,” says an 18-year-old business student at Virginia Commonwealth University.

Then Obama’s motorcade arrives. What’s playing and how long everyone has been standing around waiting instantly stops mattering. Johnson, who had started to slump, is overcome. He starts jumping up and down, shouting. “It’s not irritable no more,” he says. “Put it down -- I’m happy now. At 12:40-whatever-it-is, Douglas Johnson is happy.”