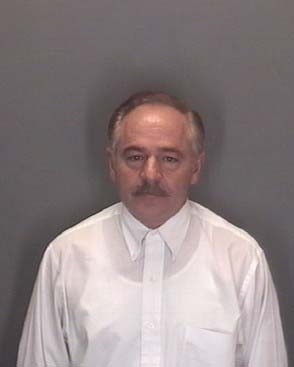 The acid-throwing saga surrounding Byram's Lobster House owner Konstantinos "Gus" Nikiforos has come to a close, but not everyone's happy about it.

The damage totaled more than $30,000 and burned a tenant's hand. Wood says a bucket of urine also was dumped down the carpeted back entrance.

"You're never 1,000-percent thrilled when someone doesn't feel the full effect of the law," Wood says. "I was in agreement [with the plea] if he agrees to pay everything back and leave me and my people alone."

The dispute began when a business deal fell through between Nikiforos and McLean's Restaurant owner Dionna Kelleher, who had planned to purchase Nikiforos' property on West Broad Street and move her business there. Kelleher instead elected to purchase Wood's building next door.

Nikiforos faced two felonies and a misdemeanor, but one felony was reduced to a misdemeanor and the other was dropped. Nikiforos agreed to pay Wood and his insurance company $40,000 in restitution, which includes cleaning costs and fees to a private investigator.

"I think we did the best we could. I think Mr. Wood is happy," Assistant Commonwealth's Attorney Julie McConnell says. "It's just one of those really tragic cases, and I'm sure the conflict [between Wood and Nikiforos] goes back a long way." Nikiforos and his attorney, Delegate G. Manoli Loupassi, had no comment on the case.

"Thirty-five thousand dollars worth of damage and that's a misdemeanor?" Kelleher says. "I think his sentence was too light, especially when [Nikiforos was] caught on tape. But I ain't the judge, and I ain't the jury." Kelleher says she has some worries about her building: "If he decides to retaliate again I'll be on the other end."

According to Tim Dudley, vice president of real estate at Motley's Auction and Reality Group, Byram's is still for sale at $695,000.

Wood says he will seek no further action against Nikiforos. "He definitely felt humiliation through this," Wood says. "I've been kind enough to give him free parking for 13 years, and I guess I'm kind enough to not press on him when he's down."