Local writers explore relationships with friends, families, spaces we inhabit and the mechanical workings of the world around us.

by Reviews by Julie Geen 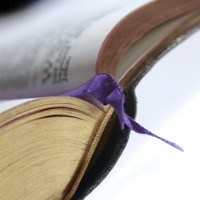 “Illustrating the Machine That Makes the World (From J.G. Heck's 1851 Pictorial Archive of Nature and Science)”
by Joshua Poteat
University of Georgia Press $16.95

A book of poems loosely based on various 19th-century engravings of machines, nature, astronomy and the author's own life merged with German artist and printer J.G. Heck, seemed frighteningly ambitious. But the poems are a fearless and beautiful use of language, purely original and fiercely rooted in nature and the web the organic world forms with memory, emotion and the deepest part of ourselves — when we let it. This world contains vultures, worms, weeds and the darker end of the emotional spectrum along with the more lovely things. Appendix One of the book offers surreal deconstructions of the poems, the stripped-down versions remarkably resonating as powerfully as the originals. Only a badass poet can pull that off.

In this anthology, the 29 unsent letters to female friends come from the deepest and sometimes darkest parts of the soul, revealing the hurt, complexity and love that make romantic relationships seem simple by comparison. From the dissection of the cruel friendships of middle school to the rifts that form after motherhood, this book covers it all. In a tragic and deeply honest letter to a dead friend, Diane Schipani seeks forgiveness for not visiting during the final illness for reasons that are difficult to live with. And of course, there are the grateful letters to friends, including one by Anna Cox, assistant professor and director of photography at Longwood University in Farmville, who writes hilariously and movingly about surrendering to vulnerability when shopping for elastic waist pants with a friend with a broken arm.

Reading this romantic comedy  was like eating Doritos. My mouth burned, I couldn't stop and I didn't want my friends to see me doing it. After discovering her husband is a cheater, Lily moves in with her best friend, Brook. She adapts seamlessly to Manhattan and gets to work finding a man with the aid of feng shui techniques. In this book, the ancient Chinese system of aesthetics works very literally, eventually bringing — between bouts of '80s music references and trips to Starbucks — exactly what everyone ordered. Until it's discovered, however, something rotten in the wall of the love corner means the ladies date some real rat bastards. There are no surprises in the frothy, over-caffeinated plot except for a real shocker involving Steve Perry from Journey.

This nonfiction work chronicles the author's attempt to resurrect, through letters and visits to the towns she lived in during World War II, the lively young mother she lost at age 3. That those towns include a company-planned and -run coal mining settlement, and the famous Oak Ridge where the atomic bomb was developed, brings depth and historical interest to an already emotionally layered story. This journey through Sara's short life reveals a time when people sat down to think and write letters to sisters, mothers, friends and beaus instead of dashing off Facebook status updates. Through the legacy of her correspondence, the love story of Sara's courtship with the author's father emerges, as well as stories of marriage, motherhood and the bond of family, all illuminated poignantly against the author's own story of surviving loss.