But Will They Come?

Richmond is ecstatic about its star turn, but some doubt that tourists will care. 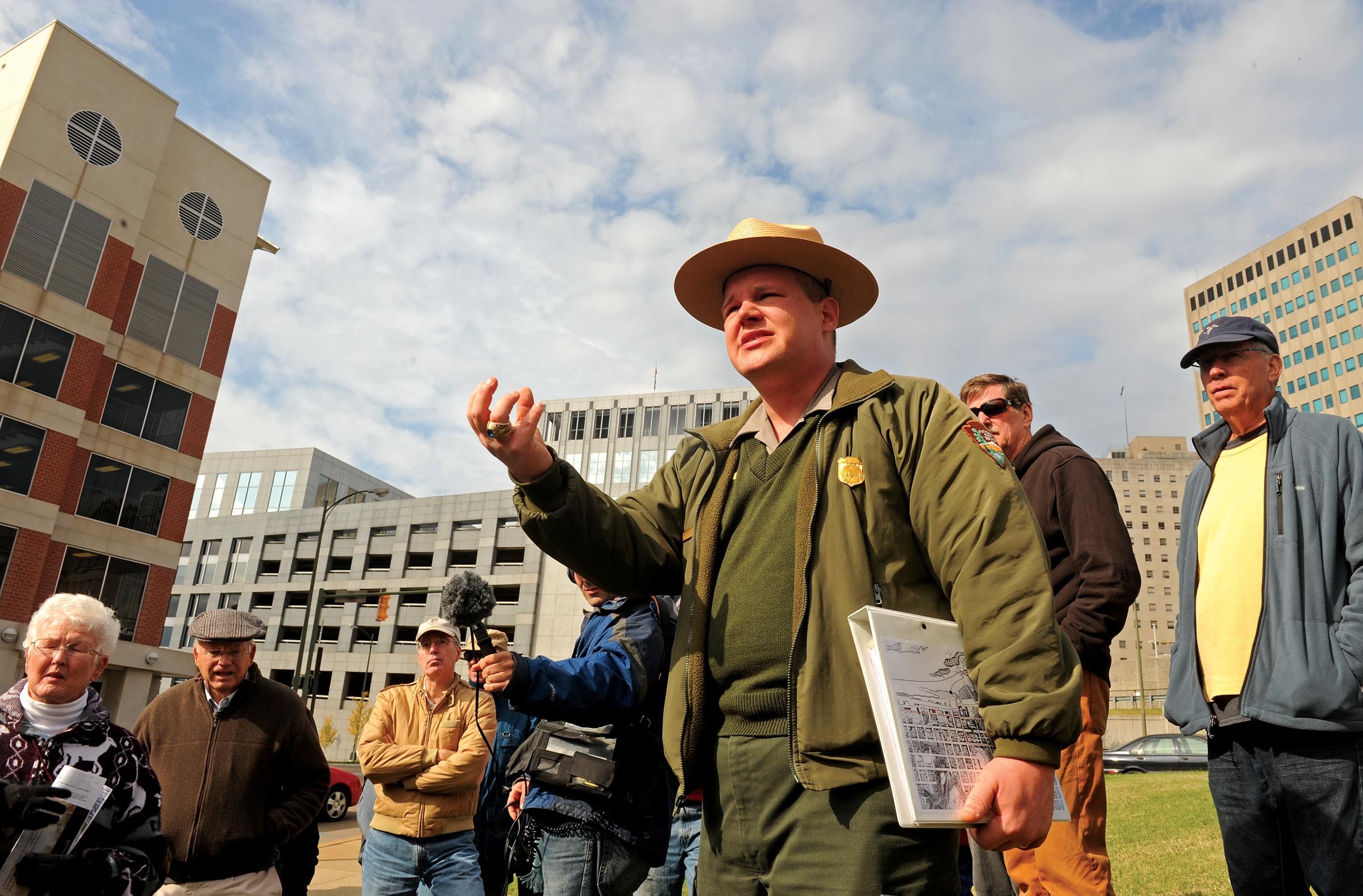 In the dramatic arc of the Civil War, there may be no more emotional climax than Abraham Lincoln's visit to Richmond on April 4, 1865. The war is nearly over; in a few weeks, Lincoln will be dead.

"This is the final moments in the play," says Richmond National Battlefield Park ranger and historian Mike Gorman, who's spent nine years researching what happened during Lincoln's three-hour visit.

The president arrives with his son Tad in a humble rowboat, missing his military escort. As Lincoln steps onto the James River's sandy bank near 17th Street, black laborers working on a canal drawbridge are astounded, Gorman says: "If Abraham Lincoln is walking through town, it's true. The Confederacy is gone. Slavery is dead." People swarm to see and touch the president, alarming his anxious companions.

After meeting with former Southern leaders at the White House of the Confederacy, Lincoln tours the smoldering ruins of the city that plagued his presidency and sees bleak Libby Prison, where so many Union prisoners suffered. Weary and disheartened, he breaks down. He may have wept. Lincoln tells the Union occupiers to "let 'em up easy." And he sails down to City Point in Hopewell, there to dream of his own death.

Yet Lincoln's visit isn't in Steven Spielberg's film, according to those who have seen it. And the city of Richmond — despite serving extensively as a stand-in for Washington — doesn't itself get a starring role. So will the film inspire anyone to visit Richmond and see where Lincoln walked?

The Virginia Tourism Corp. hopes so. It's developing what it calls a Lincoln trail experience that includes filming locations, historic Lincoln sites and even local restaurants where Hollywood stars hung out. The city of Petersburg, too, plans tours and activities to lure Lincoln tourists. But the leaders of local attractions aren't expecting much.

"If there's a bump, it's great," says Christy Coleman, president of the American Civil War Center at Historic Tredegar. She isn't counting on it: "I'm probably going to be hung by my toenails for saying it, but I really think 2013 is going to be the big year for Gettysburg." The 150th anniversary of the Battle of Gettysburg takes place in July.

Another local draw for Civil War tourists, the Museum of the Confederacy, also isn't counting on a Lincoln lift. People instead will arrive in 2015 for the anniversary of the war's end, predicts museum's president, S. Waite Rawls III.

Dave Ruth, superintendent of the Richmond National Battlefield Park and Maggie L. Walker National Historic Site, has seen increased interest in Lincoln in recent years, and hopes to develop "a continuous telling of this story." Perhaps a regular walking tour that follows Lincoln's footsteps in Richmond, like the two Gorman led last Sunday; perhaps, in 2015, a gathering of impersonators in stovepipe hats.

Ruth is optimistic about the movie's potential effects. "We're always trying to find a way to make history relevant," he says. "Hollywood always seems to be one of the answers."