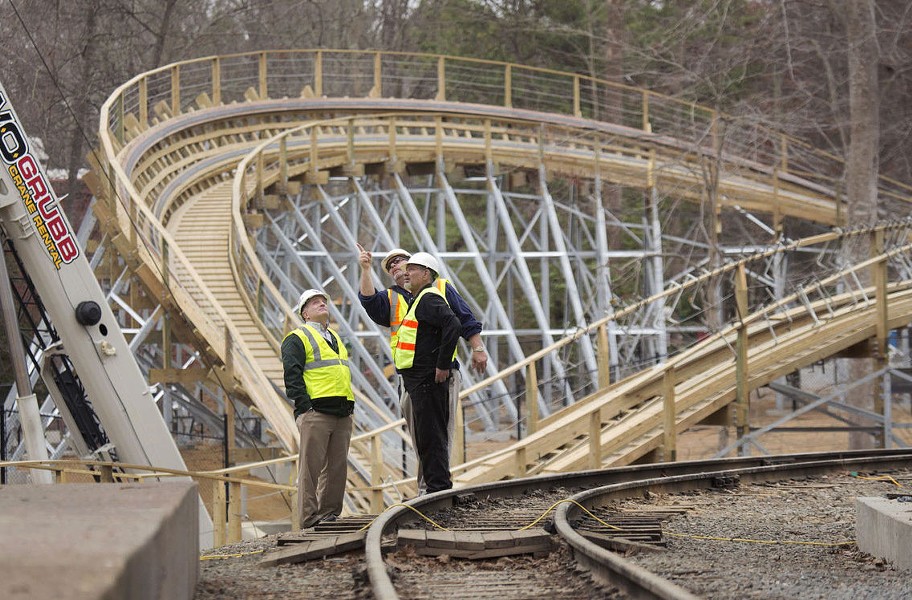 L. Todd Spencer Busch Gardens Williamsburg is building its first wooden roller coaster, named Invadr, scheduled to be running in the Spring of 2017.

As roller coasters go, Busch Gardens’ new InvadR won’t be the tallest or fastest, but it’s aiming for the sweet spot between too tame and terrifying.

The park’s first wooden coaster will bump along the tracks at 48 mph before sending riders down a 74-foot drop.

It will have twists and turns, sail over nine air-time hills, designed to give riders the sensation of weightlessness, and through two tunnels, all in 90 seconds. The cars will whoosh through the New France area of the park past two other rides.

The coaster is about 80 percent complete and is scheduled to open in April, the month after the park opens for the year, Busch Gardens officials said Wednesday.

The minimum height requirement is 46 inches .

Designers hope it’s the kind of ride folks will get off and want to hop right back on.

What makes a fun coaster?

“A ride that takes a good balance of curves, twists, camel backs and speed,” said Adam House, a senior designer with Great Coasters International, Inc., who worked on the ride.

Designers had to work around the Le Scoot Log Flume water ride and the train ride, as well as build the coaster on uneven ground. 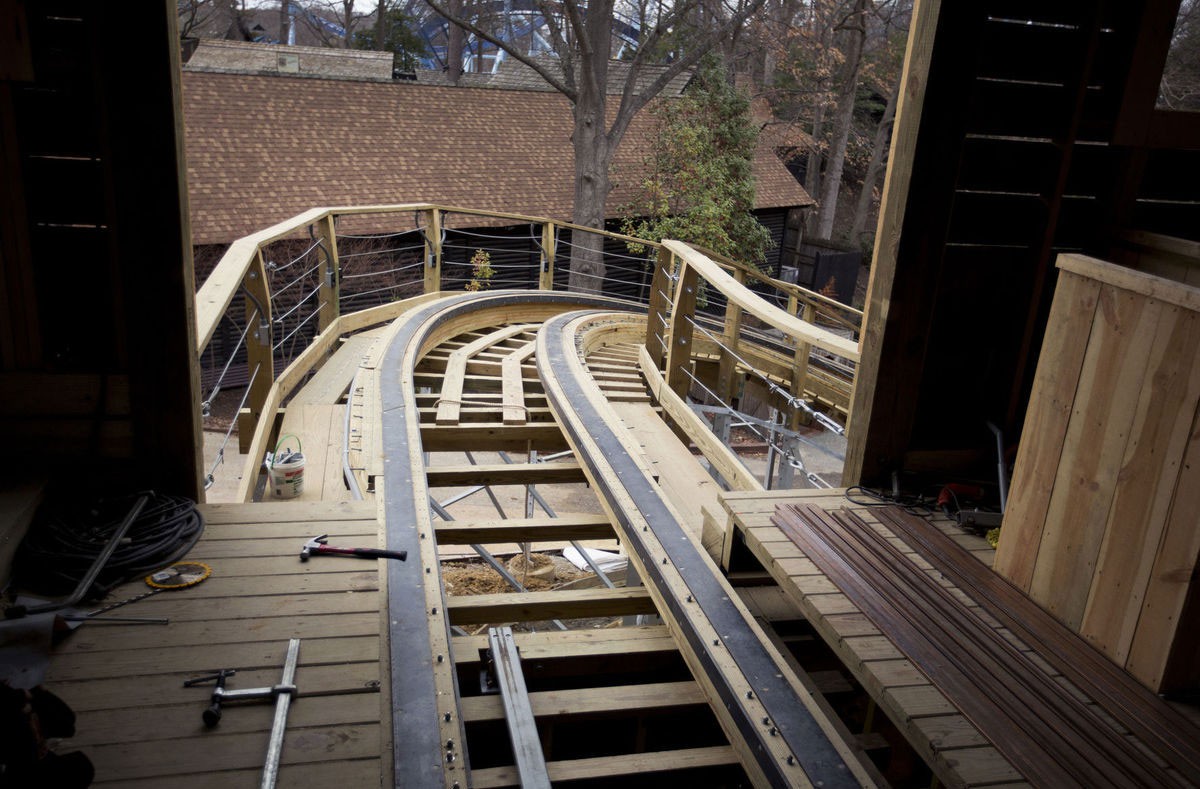 “With a project like this, we have to be mindful of all the different elements. … So, being able to dial all that in, it typically is on the farther side of that eight- to 12-month process,” House said.

InvadR is a mashup of the wooden roller coasters many remember as bumpy and rough and new technology.

It has 96,000 bolted connections, more than 5½ tons of nails, 180 tons of steel, 10,000 cubic feet of lumber and 2,500 cubic yards of concrete. Designers of wood coasters often use southern yellow pine wood because it’s strong and predictable, House said.

It also makes it easy to replace parts in need of repair, making it hard to estimate a wood coaster’s life span.

About two years ago, park officials were debating what to work on next, said Suzy Cheely, Busch Gardens Williamsburg’s director of design and engineering.

They wanted to offer coaster enthusiasts something new and add life to the New France area, she said.

For Cheely, the best part of the new coaster will be that riders won’t have a chance to recover from the feeling of momentary weightlessness because the air-time hills come one after another.

InvadR has eight cars instead of the usual 12.

They’re being recycled from the now-closed wood coaster Gwazi at Busch Gardens in Tampa, Fla., though they’ll be outfitted for the new ride.

Roller coaster fans have heard about InvadR for the past year, when Busch Gardens invited them to help pick the name and the logo.