Burning From the Inside

Peter Murphy is not a Goth. He's a vampire. Got it? 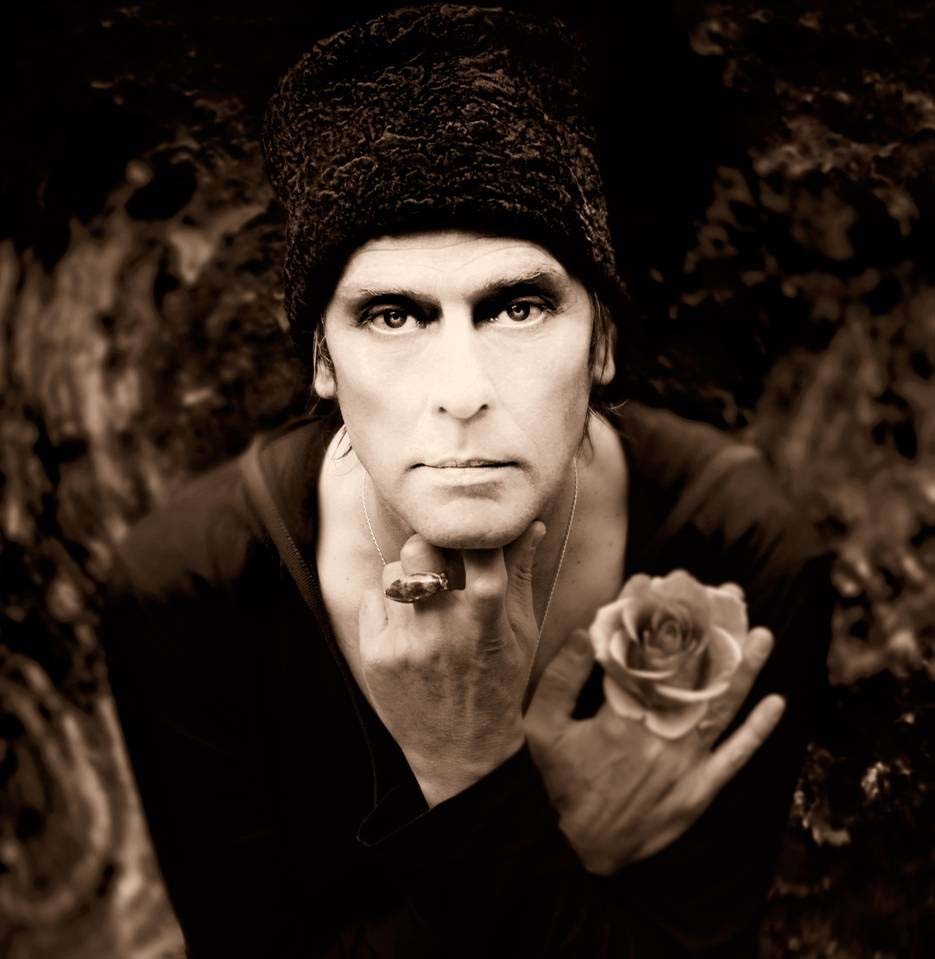 In an alternate reality not too far removed from our own, Peter Murphy, King of the Goths, instead became Tarzan, Lord of the Apes.

Peering into this cracked-mirror dimension, one learns that bizarro Peter Murphy went from starring in 1984's "Greystoke: The Legend of Tarzan" to taking the title role in "Highlander," and followed with dozens of B-movie action films. A trivia item on this Murphy doppelgänger's Internet Movie Database page notes he once had a minor hit song with a little-known band before beginning his acting career.

Back in our universe, Murphy, 53, is best known as the iconic lead singer of the now-departed British band Bauhaus. In his 25-year career as a critically acclaimed solo artist, Murphy scored a long-lasting No. 1 hit on the U.S. Modern Rock charts in 1990 with his song "Cuts You Up."

American audiences discovered Murphy in the 1983 David Bowie vampire flick "The Hunger." It opens with a gaunt, spiky-haired Murphy stalking menacingly in shadows from behind a wire cage while singing Bauhaus' famed Gothic rock anthem, "Bela Lugosi's Dead," while Bowie and his undead paramour (Catherine Deneuve) seduce their prey in a nightclub.

After that memorable on-screen performance, Murphy auditioned for the lead in "Greystoke" and "almost got it," he says. "I was told by the casting director that if you get this, you'll have to leave your girlfriend. ... He said you will become completely famous." Murphy recalls the conversation in his trademark English baritone during a phone interview from Los Angeles. "I was going to be Tarzan." Instead, he says, "they went with the French chap" — Christopher Lambert, who went on to become the Highlander and date Princess Stephanie of Monaco.

Murphy, however, became known to a new generation of filmgoers last summer through his silent cameo in the box-office smash "The Twilight Saga: Eclipse," portraying the Cold One, "the father of the Goths ... er, of the vampires, as it were," Murphy says, correcting himself with a laugh. "I loved that sort of parody."

He received a personal invitation from director David Slade to appear in the film. It was "a very subtle wink-wink to my appearance in 'The Hunger' and who I am," Murphy says. "It turned out well. I was blown away by myself in that little bit."

Murphy, whose new album, "Ninth," comes out in June, soon will be meeting with director Quentin Tarantino to discuss another potential role. "I'm trying to get into acting," he says. "I'm not going to leave music, but I really do think I've got that in me."

Clearly not afraid of being typecast, Murphy reacts with mock bombast worthy of comic Ricky Gervais upon learning that his friend and former touring mate Trent Reznor was planning to follow his recent Oscar win for "The Social Network" score by doing the soundtrack for the forthcoming film adaptation of "Abraham Lincoln: Vampire Hunter" and starring as the film's main villain.

"No he's not! That's fucked up! I should play a vampire!" Murphy exclaims, unleashing an F-bomb blitzkrieg. "Trent Reznor shouldn't play a vampire. ... No, I love Trent, but you can't play a vampire — I started that! You followed me! You look like a bodybuilder. ... You can't be a vampire, go away! I was made for that role — I'm going to call him. I want that role! ...He just got a fucking Oscar for the music soundtrack — what the fuck? I love Trent, he's my friend, but I'm going to tell him, 'Just fuck off, Trent — you've got the Oscar, you've got the humongous money, that's enough, you've got enough, I'm the actor!'"

Despite his own role in making vampires a pop culture staple, Murphy says he's not Goth and never has been. Bauhaus was an experimental art-rock band, he says; others projected the Gothic image onto it — and him. On the other hand, his Goth audience has "really spawned into a diverse culture and there's this tendency to be interested in poetry and literature and film ... so to that extent, absolutely, I'm very happy to be embraced by that."

Regarding Bauhaus, which he announced had broken up for good following a reunion in 2008, Murphy says: "We're all a bunch of Marys when we get together. My short statement ... is we need to shut the fuck up, don't say anything, plug in and play. Don't talk. The moment we talk, it's like a fucking bunch of bloody Marys, I tell you."

While Murphy prepares to get off the phone, completely deadpan, he says: "Listen, I just have to reach Trent now to tell him to fuck off. 'Tell that acting coach to fuck off — you're a fucking muscleman. How can you be a vampire?'"

The next morning, Reznor posts on his Nine Inch Nails message board that he is no longer attached to the Lincoln vampire film. Coincidence?

There can be only one. S

Peter Murphy performs at the National, 708 E. Broad St. Doors open at 7 p.m. on Thursday, March 31. Tickets are $20. For information, go to thenationalva.com.