Developer Stephen Salomonsky works to win over a neighborhood while building around history. 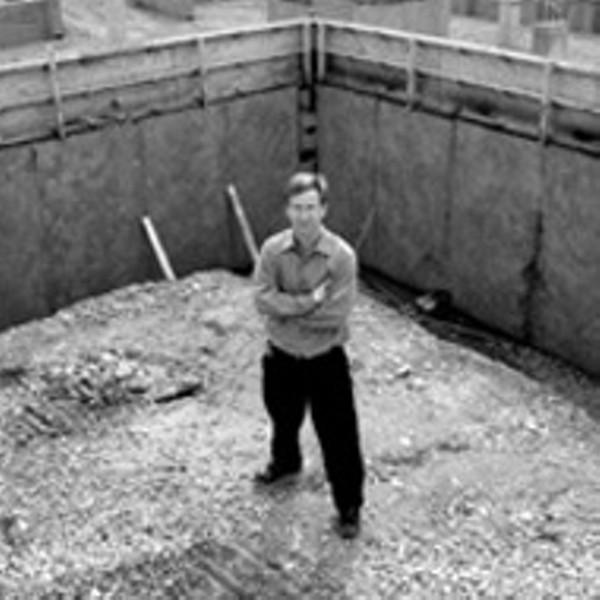 A federal grand jury indicted Louis Salomonsky Oct. 9 on charges of conspiring to bribe 9th District City Councilwoman Gwen Hedgepeth to vote for his choice for Richmond’s mayor. Louis Salomonsky, an architect and real-estate developer who owns SWA Construction Inc., is charged with bribery conspiracy, attempted bribery and lying to federal authorities. If convicted on all charges, he could serve as much as 20 years in prison.But on this sunny day, cradled among his co-workers in a place that has come to feel like home, Louis Salomonsky doesn’t appear troubled. He is polite, even friendly. And to outsiders, it would seem that an arraignment in U. S. District Court on Oct. 23 is just another deadline for some project that promises to transform a slice of Richmond.

It’s not. To his family, especially to his son, Stephen, the charges are an affront not only to his father but also to the Salomonsky name. They see them as an attempt to malign or negate the numerous projects associated with them and the nature of what their business has become: profitable. For this, Stephen Salomonsky is unapologetic.

Yet, he says, if money and personal gain were the sole objectives that drove deals, he would not be in business for long. His ongoing project in Oregon Hill illustrates why, he says. And ironically, it may show that in the midst of uncertainty, business is anything but usual for the Salomonskys.

Originally, the younger Salomonsky had planned to convert the site to a complex of apartments and commercial space. Historic or not, the buildings were about to fall down, he says. They had become havens for the homeless. He figured nobody would miss them. Having launched three projects on his own, Salomonsky had contacts. He knew the protocol for zoning and building permits. He could have proceeded with his plans and fought opposition if it arose, he says. And it would have saved him a lot of time and money if he had, he points out. Instead, he may have saved his reputation.

As downtown developers eye the increasingly scarce stock of ailing historic buildings — for which they can apply and receive state and federal historic tax credits and often add city-tax abatements — they are met by numerous groups with competing interests.

There are the preservationists, the neighborhood or civic associations, the city and any other parties that come forward expressing interest in how the property develops. And in recent years the city has become a prime place for feuds over such development — Oregon Hill in particular. Take the swift expansion of Virginia Commonwealth University in all directions except south, for instance. Or the fight over land belonging to Ethyl Corp. and scheduled for development into apartments and single family homes. Or the Dominion plan for offices along the James River below Oregon Hill. Even the Parson’s House project, which brought upscale condos and single-family townhouses to Oregon Hill, raised such concerns when it first was proposed.

“Originally we had a project that didn’t pay the utmost respect to Jacob House,” Stephen Salomonsky concedes. So what changed?

He says it’s a growing appreciation for Oregon Hill’s integrity and its history. Yet if Salomonsky’s handiest example of the Jacob House and the adjacent Pine Court II project demonstrates a new trend of developers’ striking a costly compromise with the neighborhood groups where they do business, who pays more — the neighborhood or the developer?

To win support, Salomonsky spent six months regularly meeting with the Oregon Hill Neighborhood Association, the Oregon Hill Home Improvement Council, the Richmond Religious Society of Friends — the Jacob House is steeped in Quaker and abolitionist history — and advisers with the state Department of Historic Resources. He agreed to 10 provisions offered by the civic groups, including donating $25,000 for improved green spaces and streets throughout Oregon Hill. He scaled back the project and enhanced its architectural flourishes. And he agreed to renovate and donate the Jacob House to a local nonprofit selected by a committee. The nonprofit would turn the house into a museum to preserve its history and legacy. Salomonsky says the estimated cost to do this is $300,000.

In exchange for the concessions and alterations to his plan, the neighborhood groups — with the exception of some individuals — have pledged their support for Salomonsky to receive the necessary zoning approval from the city. He shows a reporter 11 letters of endorsement for his project sent to the city Board of Zoning Appeals from various individuals and organizations.

“Stephen worked hard with the neighborhood and other groups to create a much better development for the block,” says Gayla Mills, president of the Oregon Hill Neighborhood Association. “With the apartment building itself, he changed his design to a brick-and-hard-plank exterior with decorative cornices and lintels. He not only donated the Jacob House and agreed to an historic easement on it, but he also put another easement on the early 19th-century Harmon House in that block. He has also been a generous supporter of the neighborhood’s parks and tree plantings, which will have a long-term good effect on Oregon Hill for many years to come.”

Still, some close to the project question the appropriateness of the city’s granting tax relief to Salomonsky and other developers. They suggest the city is losing much-needed taxes. And they contend it’s only a matter of time before developers like Salomonsky stretch the applications of city, state and federal incentives into something quite different from what they were intended for. A citizen committee was formed recently to study the city’s tax-abatement policy and make recommendations on whether it should be more strictly enforced.

Salomonsky says this would be a mistake. “If it weren’t for the city’s tax-abatement program and the [state and federal] historic tax credits,” he says, “it wouldn’t make sense for a developer to do business in the city.”

Salomonsky calls his project at Pine and Cary streets “mutually beneficial” to him and to the neighborhood and, moreover, proof that people can reach a consensus. The nonprofit group that will get the Jacob House will be announced by the end of the year. In the spring, the 68 market-rate apartments, 40-space parking lot and 5,000 square feet of commercial space facing Cary Street will be complete. Salomonsky envisions it then as a haven for graduate students instead of the homeless. He says the project has taught him a new way to do business. And as his father’s arraignment date approaches, it’s a business that must become increasingly personal. “I’ll be doing this for a long time,” he says. “I want a good reputation.” S