As if we needed the summer to get any hotter: An analysis of "Fifty Shades of Grey."

In a day when the print publishing industry quakes at every mouse click toward online content, E.L. James' "Fifty Shades" trilogy (Vintage, boxed set, $47.85) has managed to burn whatever remained of the Brazilian rain forest. But ask anyone who's enjoyed the books, and they'll tell you it was worth it.

All told, according to Publishers Weekly via BookScan, the three titles have sold around 6.87 million units. This woman has kicked Dan Brown's sorry ass. The movie rights recently were sold for another $5 million.

But why? In this case, book people owe just about everything to the usher of their own doom: the Internet. "Fifty Shades of Grey," the first in the series, was released as a self-published e-book. This is where it would have died, as 99 percent of them do, had it not become the dirty rumor that sugared the lips of every kissable picture on Facebook.

James herself expected little and wanted even less from her initial publication. After all, it was originally fan fiction, inspired by the "Twilight" series. But James' success took on a personality of its own. Vintage — heretofore reluctant to publish everyday erotica — inked her to a new deal when the book's popularity allowed the company to toss aside standards and turn the red light district into green.

That the books are tinged with the resinous patina of the unmentionable only raises the brow of the great eye. The spotlight doesn't care what it captures, as long as the beam widens by degree. It seems that a sado-masochistic love story is perfect for our time, a filthy pleasure at the new-age water cooler where going viral is the highest honor. See the honey badger. It's no more ironic that the force that fed the wave of book sales was the same that fed the revolutions in the Middle East. "Fifty Shades" became a little secret and then a coup. It is the Arab spring of the suburban American bedroom. 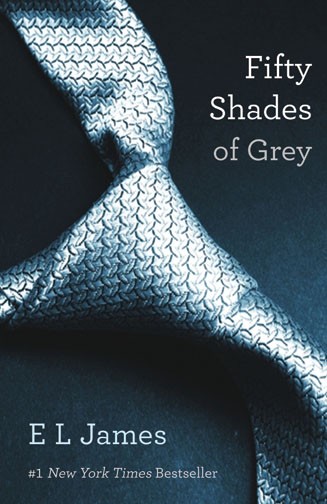 In this time when women are being banished from the public step, where they're censored by statesmen for discussing the anatomy of reproduction during reproduction debates and when they're branded with the scarlet A of abortion, it's titillating to consider a complementary form of power that transcends public life. Simply put, the engine of S&M is all about reversing the polarity of power. Those who struggle to maintain control on the outside are the same who want to surrender to it in the bedroom, to challenge it, to play with it.

Readers no longer have to lick their fingers to turn pages.

Showing restraint in our purchasing decisions has taken on a whole new meaning.

People are reading more — and in more challenging positions.

Politicians have a whole new list of books and behaviors to ban for our own good.

And then there's a quiet return to literary fiction. S