While the City Council sex scandal festers, where is the ethical leadership from Kathy Graziano? 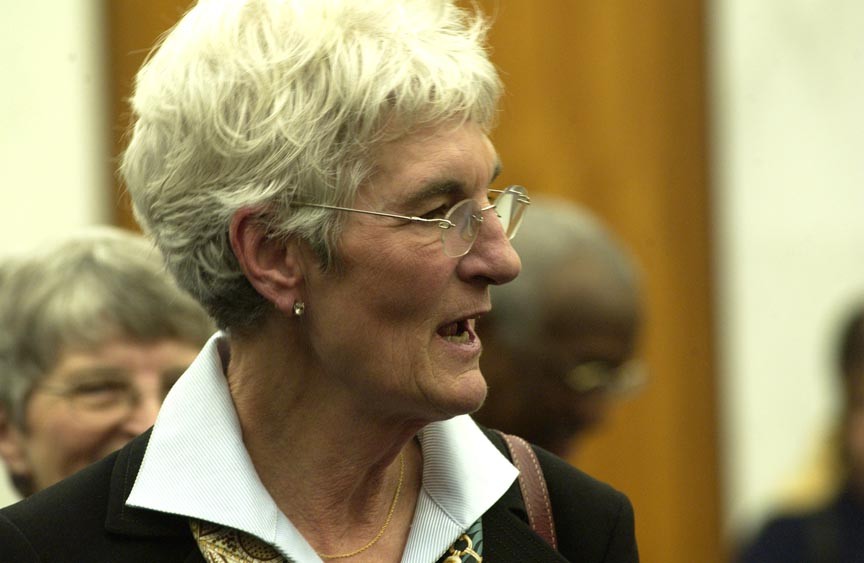 Perhaps she'd stepped out for a bit, but I don't recall seeing Kathy Graziano at Forest Hill Park. The City Council president from the 4th District could afford to skip these semifestivals, which usually feature arts and crafts, a little music and a demonstration from firefighters and police dogs. It was July 2009, after all the budget negotiations, a good three years to go before anything resembling a political campaign. David Hathcock, her longtime political aide and dutiful sidekick, held down the fort, handing out hot dogs and bottles of water bearing the likeness of his boss.

And, yes, just about everyone was drinking the Graziano water.

Graziano has managed to deflect and keep at arms length the sexual harassment scandal that's rocked City Council for months now, involving Hathcock and another council aide, Jennifer Walle. After approaching Graziano about the incident in August 2010, Walle later claimed in an Equal Employment Opportunity Commission complaint that the council president "tried to force me to quit; force my supervisor to 'get rid of me'; and force me to work with the person I complained on, Mr. Hathcock." Graziano has maintained no culpability in the scandal and in January dismissed the complaint as "completely inaccurate." She's said little since.

In a messy "he said, she said" — which also includes Walle charging that Graziano pressured her into filing a written sexual harassment complaint against her boss, Councilman Bruce Tyler — it's difficult to ascertain what's what.

But we do know this: Walle approached Graziano in August with a complaint that Hathcock inappropriately touched her in her office four months earlier. An investigation into those charges didn't take place until 10 months later, in February.

Hathcock remains on the job.

"I understand not wanting to fire this person, or start with the assumption of guilt," says Andrew Wicks, director of the Olsson Center for Applied Ethics at the University of Virginia. But something should have been done to protect both the accuser and the accused, he says. "To simply do nothing would seem to me to be unconscionable," Wicks says.

Don Forsyth, professor of leadership studies at the University of Richmond, says regardless of the response, leaders such as Graziano have more than just an ethical responsibility to take action; they also must convey those actions publicly. 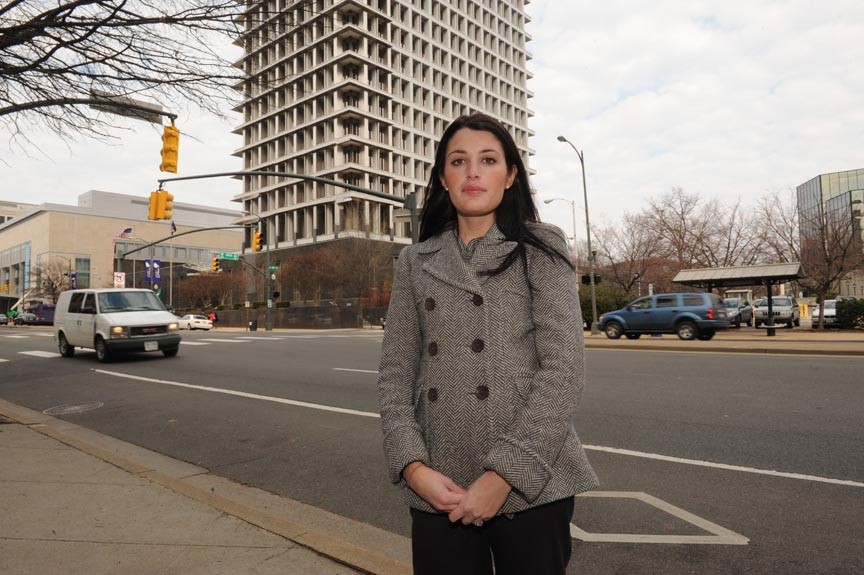 "Everyone is innocent until proven guilty, but usually the cautious approach to this would be to follow procedure, to start an investigation, to make sure the individuals involved are separated," Forsyth says. "You have to do the right thing. You have to conduct yourself in a moral fashion. Plus, you have to let people know: It's not enough to be ethical, you have to convey that to others as a leader."

Moral fashions or no, it's difficult to make the case that ethics of any kind have emanated from City Hall since the scandal became public. Meanwhile, the Armadillo-like Graziano continues to work the maze of city politics as if she's beyond reproach.

Last week, amid a call for her resignation after reports surfaced that she put in a budget amendment seeking $100,000 in additional funds for the Richmond Commonwealth's Attorney Office — the same office that agreed May 11 to drop misdemeanor sexual battery and assault charges against Hathcock if he performs 100 hours of community service and undergoes workplace sensitivity training — Graziano was at it again. Along with her supporters on council, incredulously, she smirked and turned her nose to the very idea. How dare anyone even suggest she was involved in such impropriety?

This refusal to even acknowledge the mere perception of a conflict of interest, Wicks says, offers an important insight. Too often, business and political leaders can become so wrapped up their own insular organizations that it leaves them trapped in a vacuum.

"I think there are some questions about just how tuned in some of the city leaders on City Council really are," Wicks says. That's not to say that the budget amendment that Graziano introduced wasn't for perfectly valid reasons, or indicates anything resembling a payoff, but simply not understanding how it could appear as a genuine conflict of interest.

"The timing when it happened was horrible. If she had the perspective of somebody from the outside, she wouldn't have brought that [amendment] forward," he says. "Organizational context tends to warp perspectives."

It's easy to see how this could happen — especially on City Council, where absurdities often are a hallmark. There's a long history of political carnival at City Hall, so perhaps it's too easy to simply brush aside calls for her resignation, particularly from known rabble rousers such as Councilman Marty Jewell.

What's more, prior to the scandal, Graziano had been the face of levelheadedness and political suave, the smart one of the bunch. She was the antidote to the wackiness that has consumed City Council for so many years.

But lost in the brouhaha last week is a startling fact. Hathcock — even after agreeing to sensitivity training and community service, which seems to be an acknowledgement that at least something happened in Walle's office — remains on the job.

That's not to say Hathcock is guilty of anything. But the charges are serious, and need to be treated as such, Wicks says. Even if the charges are proven to be false, the city's handling of Walle's allegations thus far raises troubling questions.

That is, Wicks asks: What's the broader culture of the organization? "The whole council culture probably needs training," he says, "and some major revamping."

Ronald Sims, professor of business ethics, human resources management, leadership and organizational change at the College of William and Mary, says how the allegations are handled sends a powerful message about the organization.

"Part of the difficulty is you want to you protect the victim whether anybody sees them as a victim or not," Sims says. "You have an ethical responsibility to at least look into it." As for the budget amendment Graziano introduced for the prosecutor's office, Sims says not understanding how the public might react says a lot about the politicians involved.

"That's really kind of blatant, and almost idiotic and stupid," he says. "These are supposedly bright and intelligent people, and they don't see anything wrong with this?" S