The head of the James River Park System is leaving after three decades. 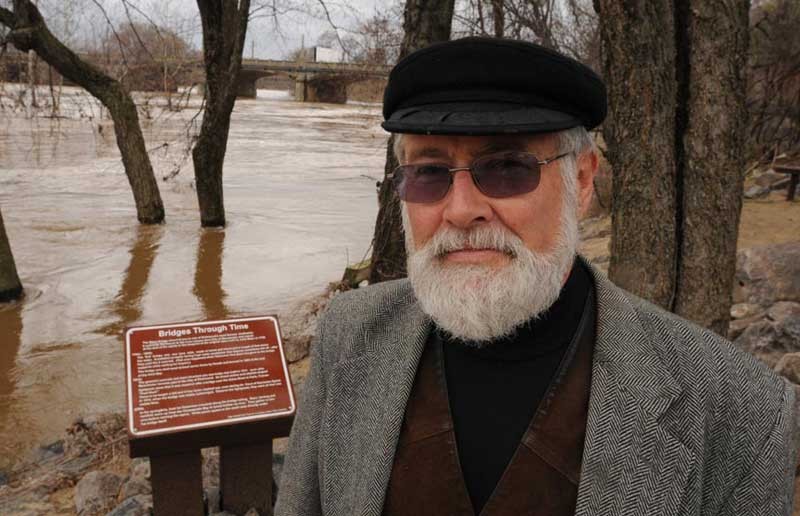 The James River is losing its best friend.

Ralph White, manager of the James River Park System for nearly 32 years, plans to retire in a year’s time.

Many Richmonders know White as the bearded and bespectacled naturalist who leads tours of the downtown great blue heron rookery and closes Riverside Drive each spring so spotted salamanders can have safe sex.

But White is much more than that: He’s the man who shaped the rough James River Park System into a gem. With an army of loyal volunteers, White expanded the park and its trails, improved public access to the river and defended Richmond’s urban wilderness from bureaucrats’ best intentions.

Never a man to mince words, White says he’s “bruised and bloody” from continual conflicts with city government. In recent years he’s struggled to manage ever more visitors — approximately 750,000 each year — with little money in his budget.

Instead of giving him more freedom, he says, the city has placed the park under “much stricter and tighter administrative control.” Just last week, White found out the city administration wants to install an ice-skating rink at the 22nd Street parking lot on Riverside Drive, a popular park access point. “You can’t do that,” he says.

White, 67, also says he’s been suffering some health issues that hamper rock hopping and trailblazing. He plans to leave next December or in January 2013.

But there are a few things White intends to accomplish first. He wants the parks department to acquire a few key pieces of property. These include a grassy riverside area between Interstate 95 and the railroad bridge in Manchester; Williams Island near the Pony Pasture; and a historic site about a mile downstream from Ancarrow’s Landing called Milord’s Island, believed to be the second encampment of English settlers after Jamestown.

White’s also writing two guides to geology and photography in the James River Park System and trying to find donors for 19 more signs. (Just $250 a pop, he says.) His last, humblest goal: to get a composting toilet installed in the long unused Gothic-styled Pump House near Byrd Park, which is the last thing the building needs to get an occupancy permit from the city.

White wants to help the city with its search for the man or woman to take his place. But, he says emphatically, he won’t interfere when the new manager comes in.

Greg Velzy, a kayaking instructor and park volunteer, praises White’s common-sense management model, which allowed park users to take care of their own playground. The city should give his successor the same freedoms, Velzy says: “That’s how all parks should be run.”