Guitarist Dean Ween likes his playing to have some "teeth." 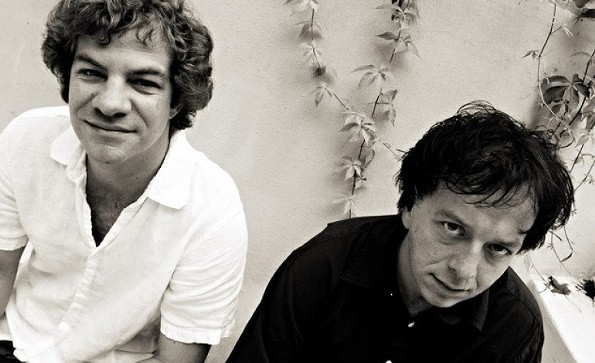 A few years ago, Ween burned out.

It probably didn't come as a surprise to many, considering the two high school friends from New Hope, Pa. -- guitarist Mickey Melchiondo (Dean Ween) and vocalist Aaron Freeman (Gene Ween) — were pegged as druggie jokesters from the start. In the mid-'80s, they released lo-fi home recordings that were both stupid and creatively inspired, with songs ranging from the trashy punk of "You Fucked Up" to a blow-by-blow re-enactment of a fast-food encounter ("Pollo Asado") containing this drive-through exchange:

"[Driver's voice]:I would like two pollo asado tacos with one beef chimichanga.

The vocals were pitch-tweaked and the running joke was that the duo recorded under the influence of Scotchgard inhalants.

But they were no joke. The pair got better on their instruments and began releasing eclectic albums that shuffled effortlessly through genres from punk rock and demented reggae to old school country and neo-soul, becoming such masterful parodists that people started taking them seriously. They always kept their self-described "brown" aesthetic, essentially a slack, off-the-cuff obnoxiousness that can mean over- (or under-) doing it, sonically speaking. The lyrics might be dark and intensely personal at times, but would their stoner fans notice beneath all those layers of aural Cheez Whiz?

Ween canceled a 2004 tour for what a press release called an "immediate [health] intervention," but today the band appears to have weathered the storm. It's back and kicking with "La Cucaracha," a rejuvenated album featuring everything from festive, faux-Mexican instrumentals to Euro-trash club disco, epic prog-rock jams and psychedelic folk. There's even a closing smooth jazz number with a guest solo by alto-sax player David Sanborn -- now that's brown.

Speaking from his home, Melchiondo — or Deaner, as he's known — says he still remembers playing Richmond with the Alter Natives in 1990 and hanging out with GWAR; Dave Brockie once sang "Tick" with them onstage. Today's Ween concert is much different though. They use a full band to play a two-and-a-half hour set of 35 songs from their diverse catalog, not focusing entirely on the new album. And ever since Phish covered them, the hippies have come in greater numbers.

"I don't reflect much on the crowd to be honest," Melchiondo says. "I'm glad more people are coming, but I don't concern myself with anything other than what my role is."

As a recent Village Voice live review pointed out, there seems to be a higher proportion of guys at the shows. "You'd like to tell yourself it's not that way, but there's probably some truth in it," Melchiondo says. "My wife says all Ween fans are just fat dudes that smoke too much weed. It's a tough thing to have to cop to."

Indie roots label Rounder Records released the new album, but Melchiondo says the band Web site, with its extensive fan forum and merchandising, may be more important: "Rounder is great. But being on a record label in 2007 doesn't mean a whole lot, you know? I think our Web site acts just as much the role as a record label. Nobody is really buying CDs compared to 10 years ago. Everything is changing."

Melchiondo has voiced displeasure with those who download Ween albums for free, but he's not another whiny rocker like Lars Ulrich. "Oh no, I'm not strongly against downloading — just the Ween stuff," he says, laughing. "We've given away 100 million hours of free music for download, we let people tape us, we give away our demos. There are only a couple ways to make money: selling records, T-shirts and touring. If people are gonna take your records for free, that means we gotta keep touring, and we've been doing that for 17 years, so — whatever. But I don't think things have played out yet on how people are going to get music."

Has Ween ever considered a return to the drum machines and tape loops of the early days, if only as a segment of the live show? "We tried that before this record came out," Melchiondo says. "We wanted to do some gigs for fun, and I made some backing tracks. Aaron and I got together and practiced, and after 20 minutes it was like, 'I don't think we can go back to this.'" He chuckles. "There was no challenge in it anymore."

The Deaner is known for colorful guitar solos, from short blasts of intense, wah-drenched fury ("I'll Be Your Johnny on the Spot") to brain-melting, Eddie Hazel-like slow-burners ("A Tear for Eddie") and even solos played on an actual chainsaw. His favorite guitarists, however, from Hendrix and Jimmy Page to Santana and Prince, play more traditionally.

"I tried my best to do that when I started playing, and I sorta failed and found my style along the way," he says. "I like guitar-playing that has some teeth to it. I like people who dig in, and not enough people dig in. That's the closest thing I have to a philosophy. You know, go for it. If you're gonna miss, miss big." S