Siblings from New York give their take on the demanding world of comedy. 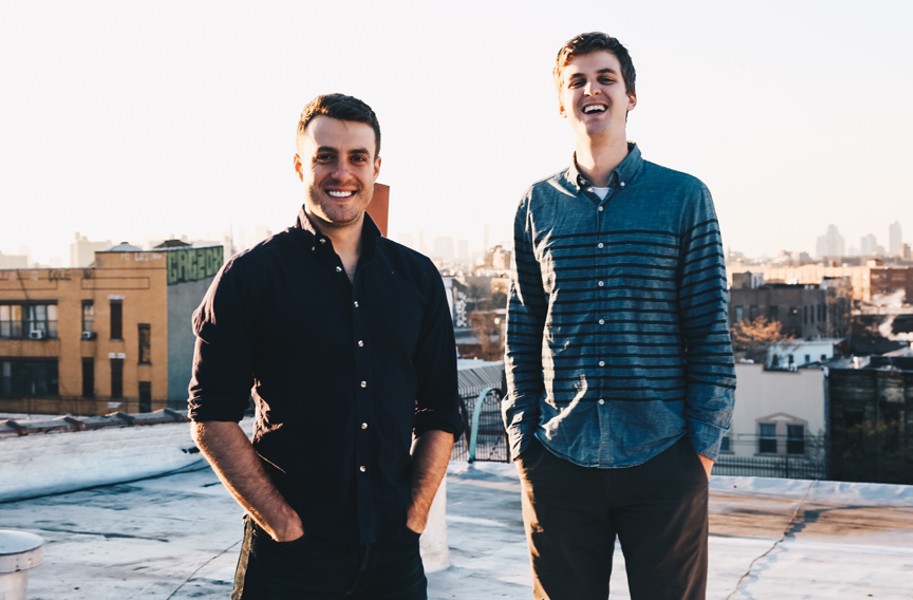 Jordan Raybould and his brother, Bret Raybould, came to stand-up comedy in different ways and now tour together.

Bret Raybould began doing comedy when he was a student at Wake Forest University. As a freshman, he joined a sketch comedy troupe called the Lilting Banshees and the experience made him fall in love with making people laugh. After school, he immediately moved to New York, aware that it was the best possible city to develop as a comedian.

His brother Jordan's path was less direct. His initial foray into stand-up comedy was at age 16 during an open-mic night in Kansas City, followed by another time as a 21-year old college student. After he took a job in New York as a stockbroker, he'd sometimes attend open-mic nights at a local bar to perform. But it was his habit of using an empty conference room to take naps at work that hastened his exit from Wall Street. Sound asleep in a vacant conference room, Jordan woke up in the middle of a meeting going on around him. Fleeing the situation, he was fired shortly thereafter, leaving him plenty of time to pursue comedy and stop dreading every day of his Wall Street work life. Or so the story goes.

The two up-and-coming comics from New York will touch down for two nights at an unconventional venue: Bar Solita in Richmond's Broad Street Arts and Cultural District.

Every week, the brothers hit the road to perform gigs at comedy clubs, bars and colleges, a schedule that can wear on them. Ask how much they travel for the sake of getting a laugh and Jordan is clear.

"Way. Too. Much. I can't wait for self-driving cars," he insists. "I absolutely abhor travel at this point in my life. I've seen the entire East Coast and most of the Midwest and let me tell you, it's the exact same as everywhere else. Nowhere is different. Everything is a Chipotle and Starbucks and Five Guys."

Fortunately for him, all three will be in short supply on Broad Street.

On their YouTube channel, viewers can find the Raybould brothers doing sketch comedy that skewers things as varied as "Game of Thrones" and a re-branding of Hooters in the Me Too era, along with a selection of bits from various stand-up performances. Not surprisingly, nothing is off limits when they're writing bits.

"Part of the fun is attacking taboo and difficult topics, so my only rule is that it needs to be funny," Jordan says while acknowledging that he's not trying to ruin anyone's day either. "But if a joke is good and hits, then it's a good joke no matter the topic. Often I've found that if a challenging topic is tackled well, the audience tends to appreciate the high-wire act even more."

Bret is on the same page.

"You should always be aware of where you're performing but I don't believe a comedian should, at the outset, wall off any topics from his or her writing process. It's stunting."

The brothers, who each performs their own sets onstage, spend most of their days writing sketches and scripts and most nights performing them, whether in their home base of New York or on the road. But even with near constant honing and performing, not everything lands well. Their philosophy is that if an audience doesn't like you, it's just a growing experience.

"Without compromising too much of yourself, you stay in the pocket," Bret insists. "Comedy is weird in that to do well, you can't care too much that you do well, onstage, that is. Obviously, before a show, you should care a lot and do your due diligence to make the material strong."

Sometimes it's brutal. Jordan recalls a time they were in Amherst and a woman walked out of the room and yelled, "I fucking hate this guy." After laughing hard at her honesty, he asked her what had caused the animosity. When she responded that it was his jokes, he said, "Fair enough, though, in my defense, you're about the only one who does hate me."

He went on to do a rundown of all the jokes he'd performed and rated them on a scale of one to 10 based on how well he thought each had been received. "By the end of it, everyone applauded. Then I think she hated me less."

And being hated less is sometimes the best possible outcome in an art form that all but requires the thickest of skins.

"Pursuing comedy is a war of attrition and, like any career field, is filled with humiliations and failures," Bret says. "The difference is our failures are exclusively public."