The coliseum empties as VCU heads to NYC. 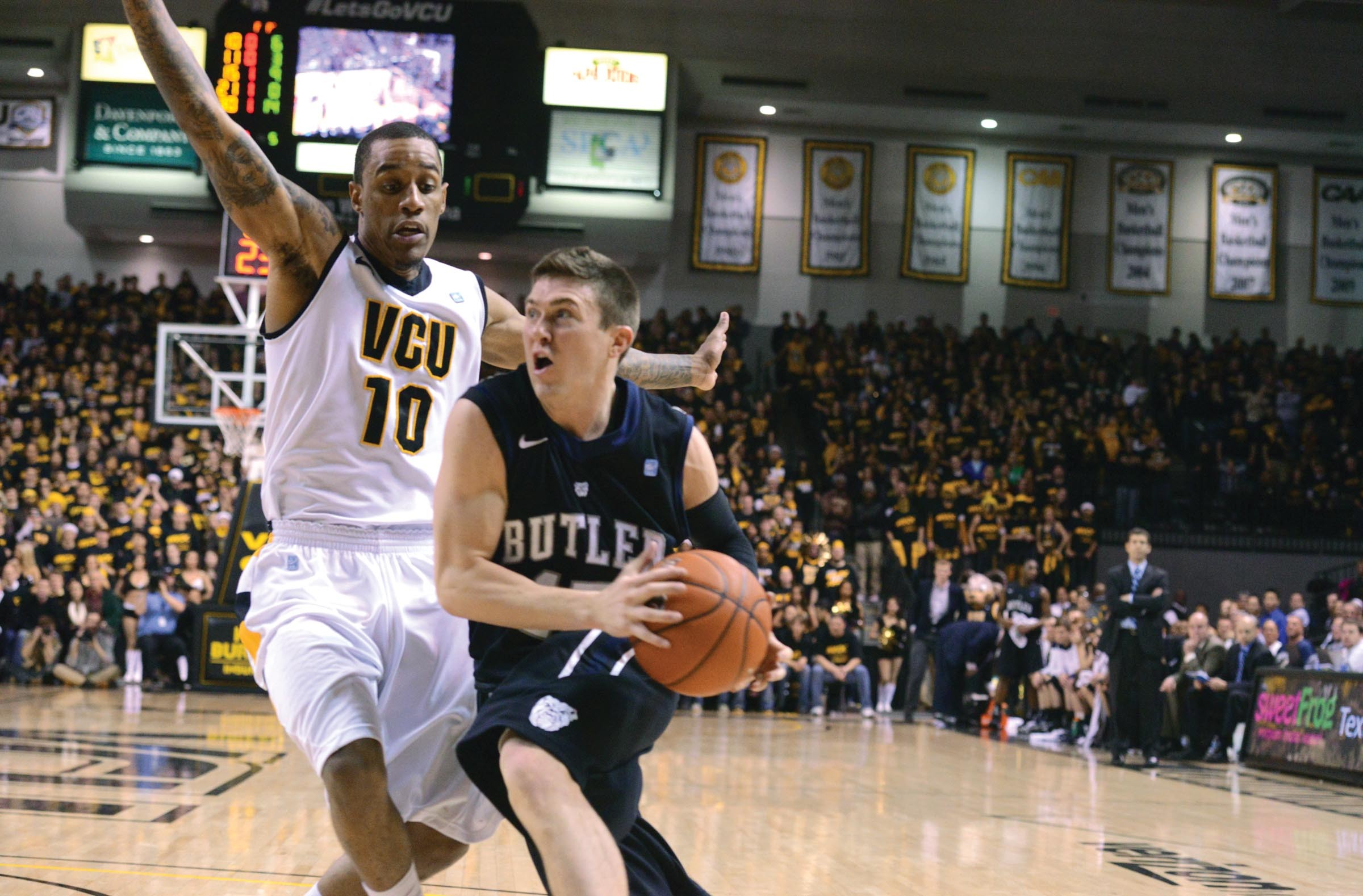 With the collective pride of a city hanging in the balance, Virginia Commonwealth University and its havoc style of basketball are set to take New York by storm this week in the Atlantic 10 tournament. A few observations:

Dungeon to dump: Both the Richmond Coliseum and the Barclays Center are brown, but only one is shaped like something you'd prefer to flush. That would be Barclays, the new arena built for the Brooklyn Nets, which opened last year. Meanwhile, in the wake of VCU's departure from the Colonial Athletic Association, the weekend's CAA tournament at the Coliseum was a total dud in terms of attendance. So few people were expected to show up for the championship game that tickets could be purchased for $10 on Monday afternoon. With VCU in the final, the Coliseum sold out a year ago.

Spiders also playing: The University of Richmond will be there too. As a lower seed (No. 8) the Spiders will play the University of North Carolina at Charlotte on Thursday for the chance to play St. Louis University (No. 1). VCU, the No. 2 seed, will face either Xavier or St. Joseph's on Friday at 6:30 p.m. It's safe to say the one team VCU really doesn't want to play, and probably won't have to, is UR, which has proven it can beat the Rams' vaunted press.

Pressing after misses: Basketball nerd alert: We continue to salivate over the possibility that VCU coach Shaka Smart will attempt the holy grail of basketball defense: the constant full-court press, even after missed shots. (But this wouldn't be wise against the Richmond Spiders.)

Some lower-division college teams do this, but no team does it consistently at the Division I level. Most teams that press a lot do so only after made shots or in-bounds plays, which gives the defense time to set up. This is one of the key reasons behind VCU's ability to either trounce opponents (see Butler) or get trounced (see Temple). If the Rams struggle to score, they can't set up their full-court press.

But could they? Smart's high-school coach, Kevin Bavery, says in games he's watched the Rams often are trapping farther down the court, picking up randomly in half-court sets, which hints at the possibility that Smart could try pressing after misses.

"I've seen more elements of it," says Bavery, who's tinkering with pressing after missed shots as head coach at Middleton High School in Madison, Wis. He calls it the "ultimate evolution" of Smart's havoc system. "Wouldn't it be cool if they were all of a sudden scoring 100 points and turning guys over 40 times a game? There's kind of a mad scientist in me, and I think there's a little bit of that in Shaka."