Bronx Parties and the Queen of England: Grandmaster Flash Gets Around 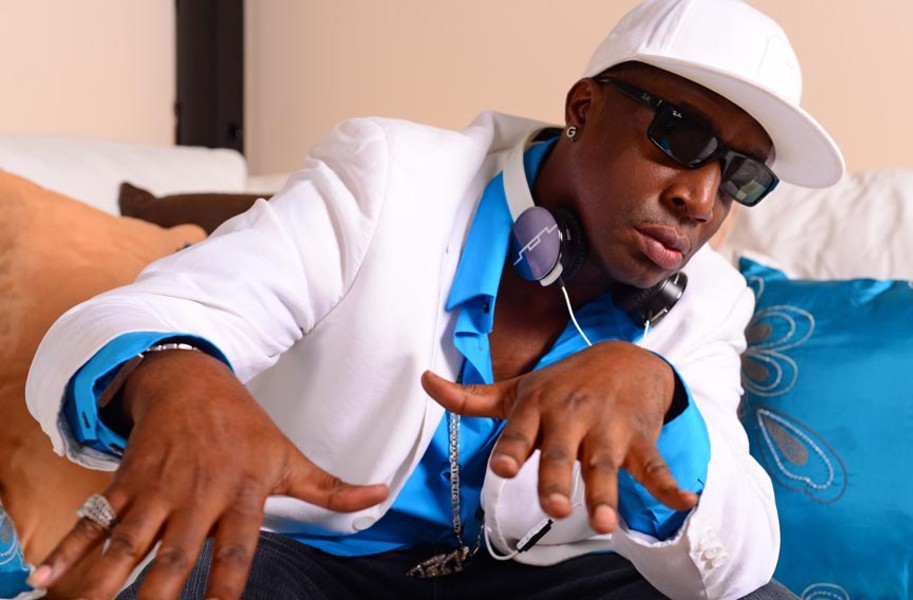 When hip-hop culture was born, the DJ’s name always came first, the rapper second. But that didn’t last long.

In the ’70s and early ’80s, DJs essentially set the stage for the hip-hop phenomenon by zeroing in on the break beat and extending it for block parties. They were the original stars. Most fans can tell you the holy trinity consists of three DJs from New York: Kool Herc, Afrika Bambaataa and Grandmaster Flash. Each innovator brought something unique and refined the form a bit further.

Flash, born Joseph Saddler in Barbados, grew up in the Bronx and became the first to mix two records without losing a beat. He was the first to scratch on records, devising the concept of slip mats by grabbing some velvet fabric from a clothing store. And he was the first to rhythmically punch samples, like horn hits, over the beat.

By the time rappers got involved, the future was on the wall. Hip-hop displaced rock ’n’ roll as the music of rebellion with rappers as its frontmen. The group the Furious Five was formed around Flash while he was still a marquee attraction, but he had little to do with its biggest record, “The Message,” aside from his name being on the sleeve. That song was the first rap classic to describe urban life and decry its conditions — setting the stage for countless artists. Based on this, Grandmaster Flash and the Furious Five were the first hip-hop group inducted into the Rock and Roll Hall of Fame in 2007.

The handpicked group was short-lived, splintering after lawsuits in the mid-’80s with the original label, Sugar Hill. To this day, members of the Furious Five speak against Flash in interviews, labeling him the Milli Vanilli of hip-hop for still capitalizing on that record. Flash’s manager, Mark Green, who got his start promoting shows at Virginia Commonwealth University and Virginia State in the 1970s, working with Ken Johnson of the Richmond Jazz Festival, says the drama is overblown.

“None of those guys wrote ‘The Message’ — a guy named Duke Bootee did,” Green says. “Sylvia Robinson [the founder of Sugar Hill] wanted [Melle] Mel to rap on it. He was the only rapper on it and it changed the whole direction of the group. It was like taking Smokey Robinson out of the Miracles.”

Amazingly, after learning about the music business in Richmond, Green moved to New York and introduced one of the first rappers to Robinson who would form the Sugar Hill gang — the guys who recorded the original rap hit, “Rappers Delight.” Then he interned at the label and worked on classic records.

When I finally reach the man himself, Grandmaster Flash is about to get on a plane in Florida, so his time his limited. He doesn’t do many interviews anymore — most journalists want to talk about the past or the state of hip-hop. Instead, he tells me what to expect at the Folk Fest.

“I read the audience and each one is an experience. I read them as quick as I can, they feed me,” he says. “I like to make my performance on the turntables joyful, my intention is to touch as many people in the audience as possible, with vintage and present [music]. I do that whether I’m in Richmond or Russia.”

Flash has been working on an upcoming Netflix series “The Get Down,” which focuses on New York and is directed by Baz Luhrmann of “Moulin Rouge” and “The Great Gatsby.”

“It’s not a Flash series, it’s a series that depicts a time frame that journalists never care to talk about, which is the ’70s. Very misunderstood,” the DJ says. “The ’70s is why so many cultures live today, and that includes hip-hop. He’s turning that story into a visual masterpiece.”

Flash’s last solo album was 2009’s “The Bridge — Concept of a Culture,” which didn’t do much. But Green says his client works incredibly hard, noting that he stays busy touring and has played at least 150 countries. The queen of England even requested him once. “She just sat there like she always does,” Green says, laughing.

When asked if he thinks that hip-hop might be more creative today if sampling were allowed more freely, Flash responds: “I don’t do judgment answers, next question.”

He does offer a brief glimpse of why that he was able to be so successful from those very first block parties back in the day.

“We was hungry for the break,” he says. “When I came up with DJ technique of the quick mix theory — which is the cuttin’, scratchin’, all these things. We had to find these different types of breaks. We found this in pop, rock, funk, disco, R&B, Caribbean — you name it.

“This is why it was so incredible, because we played the greatest groups of all-time, the greatest drummers. When you come up with a system that allows you to use duplicated copies of a record and expand it and put a vocal on top of it, of course it’s going to work. That’s why it works.”