Architecture Preview: The Quirk hotel will be another game changer for the arts district.

Scott Elmquist The brainchild of Katie and Ted Ukrop, Quirk, a hotel should provide a new experience and gallery space at 201 W. Broad St. for the growing arts district.

A casual observer might conclude that Richmond’s most architecturally intriguing developments are evolving on the fringes of the traditional downtown. With factory-to-residential conversions near the Boulevard and in Scott’s Addition, adaptive reuse projects in Manchester and dining options in Union Hill, the older inner suburbs are being reinvented — and fast.

But this fall, construction fences envelop two Broad Street landmarks undergoing transformations smack in the middle of downtown. A glorious high-rise and art deco masterwork, the former Central National Bank at Broad and Third streets, is well on its way to new life as an apartment building. And a few blocks west, at 201 W. Broad St., a former six-story department store — built in 1916 and possessing rich Italian renaissance revival grandeur — is on track to becoming a stylish, 70-room hotel by this time next year. It will be branded Quirk.

But the Quirk hotel promises to be more than a chic rethinking of an old building. It has the makings of a major social and retail anchor along this stretch of the Broad Street Arts District. The fine-dining destinations and restorations of the Renaissance (a former Masonic Temple at Broad and Adams streets that now houses living, retail and special events spaces) and the Virginia Repertory Theatre complex directly across the street are critically important. But the district is still a little frayed. It lacks a defining sense of thereness.

So where the sidewalks now roll up at closing time or at the final theater curtain, the comings and goings at the Quirk will flow 24 hours a day. It’s the nature of hotels.

Another cultural amenity that could enliven this stretch of downtown would be the placement of a statue of Maggie Walker, Richmond’s highly esteemed civic leader of the early 20th century, at a site near the intersection of Broad and Adams. This is one of a number of places being considered for the memorial to the pioneering businesswoman in honor of her 150th birthday, which happened July 15.

West Broad also will be bolstered immeasurably by what’s taking place near Belvidere, where things fall apart fast with asphalt surfaces of gas stations and an empty fast-food restaurant. Drills are boring deep into the earth at the southwest corner of Broad and Belvidere as construction of the Institute for Contemporary Art gets underway. This Virginia Commonwealth University School of the Arts facility will be heated and cooled with hi-tech geothermal systems. And while the building’s bold design by internationally renowned architect Steven Holl hasn’t fully taken form, already it’s proving a game changer.

Anticipation of the ICA sparked the Depot, the adaptive reuse of a former trolley station into a VCU multi-use arts building, which, in turn, has inspired nearby cafe and restaurant development.

And although the art institute is still a few years away, the Quirk hotel is slated to open next September.

The force behind Quirk is Katie and Ted Ukrop, a Richmond couple that possess inestimable smarts, heart and taste. They also have deep roots in the community and a respected track record of enhancing the visual and environmental experience here. Quirk Gallery, at 311 W. Broad St., long has been Katie Ukrop’s labor of love. Her gallery has brought whimsy, fun, color, texture and unquestioned hipness to this part of town. Her husband has been involved in a number of major development projects, most recently the successful conversion of the former Richmond Memorial Hospital into Ginter Place, an upscale condominium on Westwood Avenue.

Their talents will join at the corner of Broad and Jefferson. The building immediately west of the new hotel will be converted to become the new home of Quirk Gallery, with a cut through to the hotel lobby. There also will be a number of hotel rooms in this building. 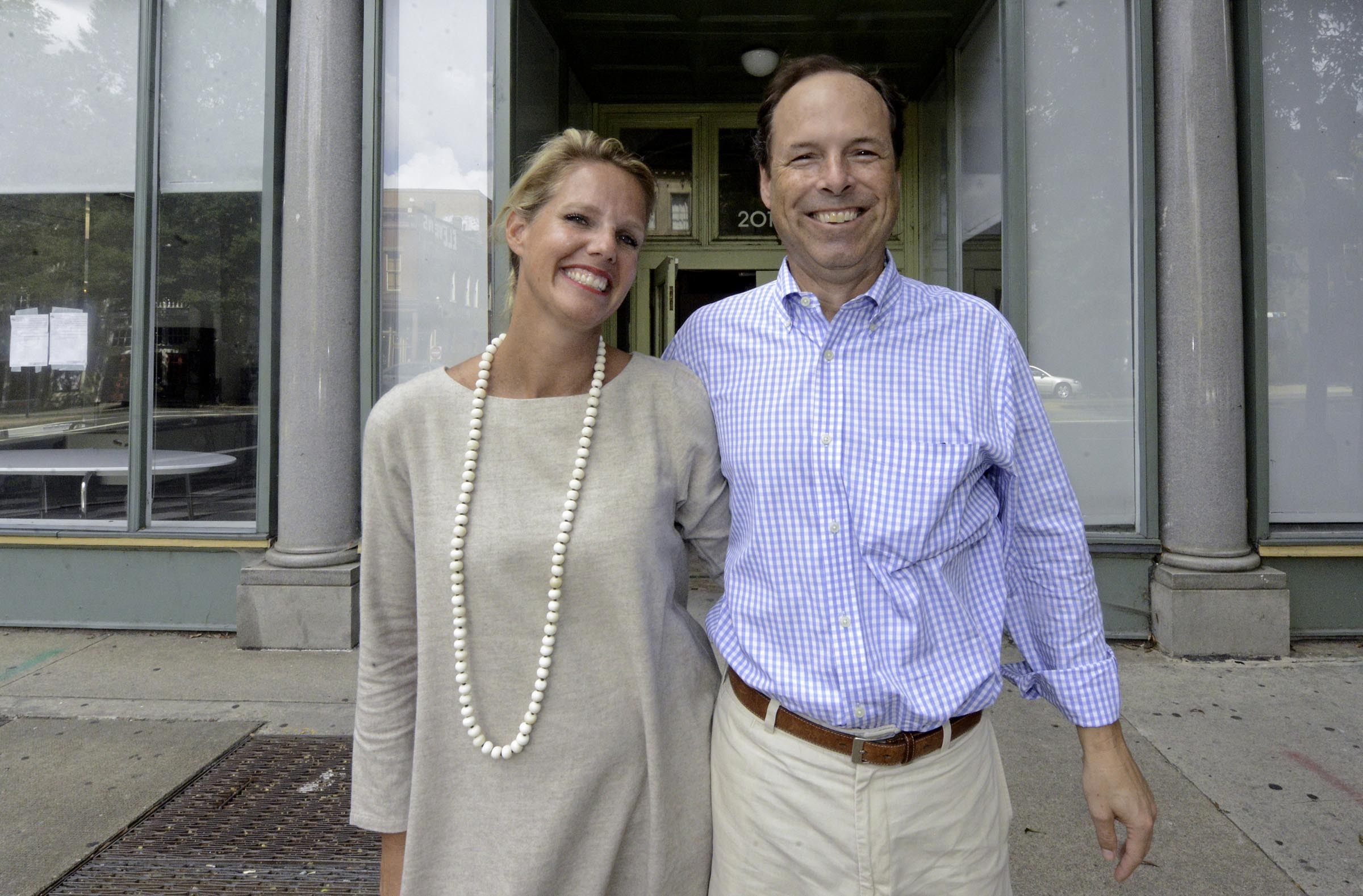 By fusing aesthetics, historic preservation, forward-thinking branding and an unfailing commitment to downtown development, the Ukrops might well do for Richmond what hotel developer and visionaries Ian Schrager and André Balazs have done for Manhattan and Miami, respectively — create a freshly contemporary way to envision historic resources.