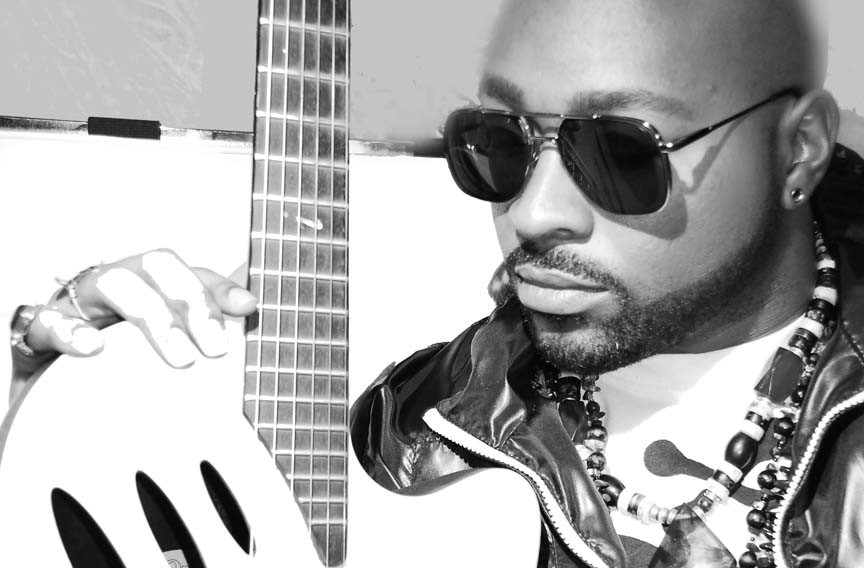 The intimacy of tonight's Saturday Soul Social is even more striking than usual. Candles illuminate the white-linen-cloth tables a bit, but unfortunately they provide the only light within Addis Ethiopian restaurant. The entire block of businesses is without power during one of the busiest days of the week in the Shockoe Bottom neighborhood.

Yet artist and record label owner Jarrard Anthony continues to play his acoustic guitar while passionately singing the words to "Lucky Day," the lead single from his soon to be released third studio album, "Ready to Live." His melodic tenor breaks a bit toward the end of the song, as if the emotion culled from lyrics that celebrate turning a bad situation into a good one, is clearly affecting him.

Anthony started this free, monthly series showcasing contemporary soul music a couple of years ago. Tonight's attentive audience of about 30, whose members have engaged with Jarrard throughout his hour-long set, eats it all up and requests an encore. It's getting dark outside, but Anthony willingly obliges, despite jokingly complaining at one point that he can barely see the strings on his guitar.

This concert is a pivotal one for the Richmond native, who also has acoustic performances scheduled locally at C'est Le Vin on June 15 and BK Music on June 23. This is the first significant live performance of his new album, a project that has a lot riding on its success. "Ready to Live" is being released nationally June 19 through the Purpose Music Group, a New York-based record label founded by George Littlejohn and Russell Johnson, which is distributed by eOne Music, the largest independent record label in North America. The deal is a partnership between Purpose and Anthony's Richmond-based Japmeg label, which previously was attached to an imprint of the Universal Music Group. The goal is for Japmeg and Purpose to act as a distribution platform for other significant Richmond music acts that fit within the indie-soul category.

"The situation with Purpose allows me not just a broader platform for my own releases," he says, "but it also gives me the opportunity to come back and assist other artists that I feel deserve that greater platform."

How his album performs will affect the ability to move forward with the partnership. "Ready to Live" is a soulful suite of melodic music that encompasses much of the '70s soul aesthetic heard in the heyday of Stevie Wonder and Marvin Gaye. It features contributions from a number of notable artists, including singer Eric Roberson, producer Nate Smith and jazz-funk legend Lonnie Liston Smith, who also calls Richmond home.

"I think he's bridging the gap between the old and new school. He has some nice songs on there that is gonna bridge that gap.... I'm really excited about it," Lonnie Liston Smith says by phone.

Smith plays keyboards on "I Love You," the sole remake on the 14-track album, which was primarily written by Anthony and recorded in December. "Ready to Live" is Anthony's third studio album following 2004's "Don't Sleep Just Dream" and "Synergistic Energy Xchange," released two years later. It lyrically chronicles his relationship with his wife, Tiffany Powell, and celebrates positive thinking.

"It's coming from a very real place, stories from my life," Anthony says. "Experiences have built up to lead me to this place of being ready to live and ready to make this record." S

Jarrard Anthony performs June 15 at C'est Le Vin for an album release party being held in conjunction with the restaurant's Wine Down. The free event begins at 8 p.m. For information call 649-9463.