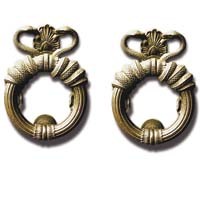 Have breasts always been this big? Or is it just that they're more visible?

For the moment, forget the hormones in milk and meat suspected of growing breasts in 8-year-old Italian boys and girls. They couldn't prove it was the chicken.

Overeating could account for size. Science tells us bodies are bigger, so breasts are bigger, pushing up demand for brassieres on two levels -- sexy and practical. Now that even 11-year-olds wear bras — early puberty and all that — there's a whole new childhood market.

But fat isn't the story. Breasts, like the fashions that hide or reveal them, reflect society. In some equatorial cultures, everyone bares chests. Religion and culture, two cups of the same bra, push and pull fashion, and shape social norms.

I had a friend in college who clowned around with her bra. My favorite was when she'd place one cup under her chin and the other on top of her head and intone, "Pilot to co-pilot. Do you read me?" We all would crumple to the floor and hoot.

Way back in the Middle Ages, women were considered latter-day Eves, a do-not-pass-go, direct link to sin. Men, hapless victims of hormones, had to be protected. Fashion dutifully responded. Breasts (and hair) were contained under tunics, high-necked gowns and caps.

Personally, I liked the flappers' attitudes. That's when women threw off the shackles of the Victorians. Many women were left high and dry after husbands and boyfriends died in World War I. They'd had it with heavy skirts and corsets, and they decided to party till the cows came home. Well, guess what — they raised hemlines and fastened their spaghetti straps, but practically bandaged their breasts. Androgyny was in, and bras were yet to be marketed. With all that dancing, they probably didn't want breasts flopping around and getting in their way.

But nothing lasts forever, and the pinup girls of the 1930s and 1940s brought in the snow-cone-cup look. By then, the movies influenced fashion in a big way. Incidentally, the snow-cones didn't hurt bra sales either, since real breasts don't point. What happened, you think? Did women wake up one day during the depressed 1930s and say, I'm so unhappy. I don't have food or money, and my breasts don't point?

I can't figure that one out.

But what do today's breast-emphasizing empire waists and baby-doll tops with plunging necklines tell us about life in 2007?

That we're schizophrenic about breasts and, by extension, women.

Every woman on television and in the movies does a little jiggle — the Victoria's Secret fashion show allowed TV to truly be described as the boob tube.

Yet a "wardrobe malfunction" sparked an outcry, and nursing mothers are kicked off airplanes. Women are developing breast cancer at alarming rates, and the women from the Topfree Equal Rights Association get arrested for efforts to ditch their shirts like men do.

Face it. Women's breasts sell stuff. Cereal. Insurance. Look at those knockers, says Mr. Subliminal. How about a beer? To be fair, hunky guys show up in commercials, too, usually looking longingly at a woman while they're pondering a product. (By the way, their breasts look unusually large for guys. Steroids? Or have they eaten too much chicken?)

We're back in the Middle Ages, the difference being that church doctrine now is out the window, so society is free to suggest but not uncover.

Breasts market products via sexual illusion, and we seem OK with it. But bare breasts make us — ooh, put your shirt back on.

Pilot to co-pilot. One cup illusion. One cup reality.