Breaking Taboos: A pioneering female bluegrass singer talks about the challenges and thrills 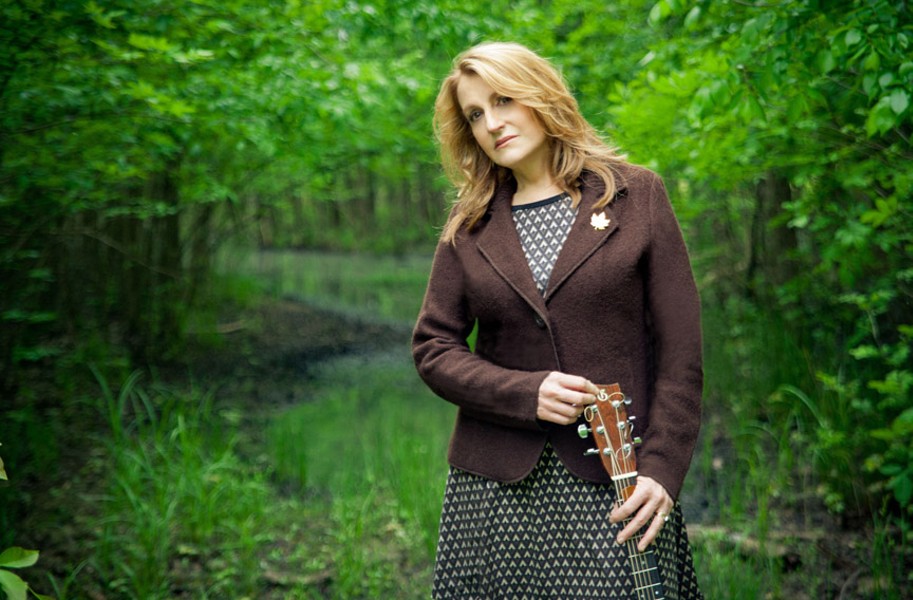 Grammy nominee Claire Lynch has faced challenges as one of the few female lead vocalists in the mostly boys club of bluegrass.

When Claire Lynch's family moved from New York to Alabama when she was 12, she recalls hearing little bluegrass. But after graduating from high school, she saw it live for the first time and found herself immediately bitten by the bluegrass bug.

"It landed me literally on my bum with my jaw dropped," she says. "The entire band sound was acoustic and the players projected a warmth and happiness. The three-part harmony blew me away. I felt strangely drawn to it."

In 1974, she joined Hickory Wind, a band that went on to rename itself the Front Porch String band. Bandmate Larry Lynch later became her husband. "What happened was, we were a breath of fresh air in the lineup of other festival bands who played the same feel, the same keys, the same timbre." She remembers comforting herself with the knowledge that although they weren't going to be top-billed, they could be appreciated for their variety of music.

Although the bluegrass community has never been especially welcoming to women, Lynch had no idea that it was considered taboo for a woman to front a bluegrass band. Happily forging ahead, she found fellow members of the local bluegrass community to be kind and encouraging. Marrying Lynch helped, she says because his presence made it more palatable to old-timers. "The only affront I felt was from a couple good ol' boy bands who snubbed me, but only on one or two occasions."

After years spent raising young children, working a day job, touring on weekends and using her vacation days to drive to Nashville and sing on sessions, Lynch's solo career took off in the '90s, though not through any effort of her own.

"I started getting phone calls from folks I didn't know," she explains. "The first one was Mike Haynie in Roanoke with Leather Records. He made a deal with me saying he'd record the Front Porch String Band if I'd also record a solo project." Nashville producer Bil Vorndick called her up saying he had a decent budget for a recording with a new bluegrass label and wanted to do a couple of projects with her. Ken Irwin with Rounder Records approached her about recording, assuring her she wouldn't have to tour full-time.

Citing Mike Auldridge, Jethro Burns, Stuart Duncan, Nanci Griffith, John Hiatt, Bryan McDowell, Tim O'Brien, Dolly Parton, Marty Robbins and Ricky Skaggs as her musical heroes, Lynch admits that her life has shown up in almost all of her songwriting. The downside is that it sometimes becomes difficult to sing very personal songs.

"Oh, yeah. 'I Believe in Forever' is a tough one now since my mom died. And 'Friends for a Lifetime' was really hard to get through while my son was dealing with substance abuse."

Twice she's been nominated for Grammys, as well as winning multiple awards over the years from the International Bluegrass Music Association, including female vocalist of the year.

But awards don't compare with what the music business has given her: confidence.

"Finally. It took a lot of years to feel comfortable on stage and relax in my own skin. I love being able to sing what I want to and with precision."