How Varina is ushering in a new era in county politics. 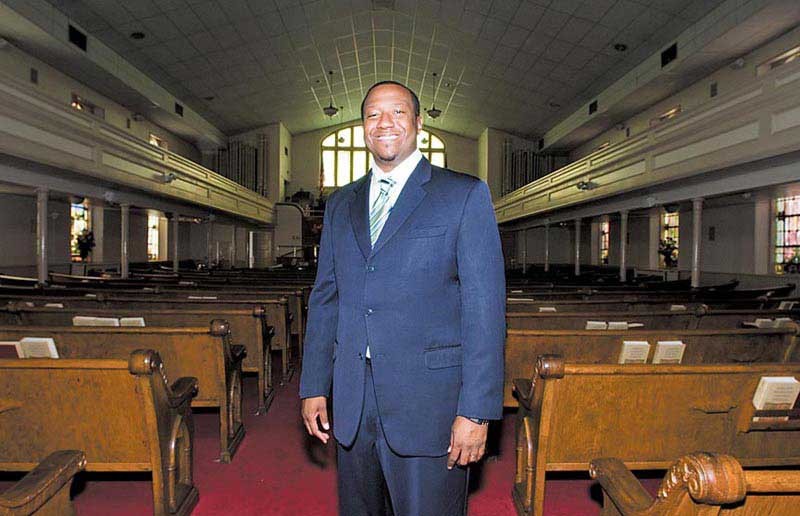 Fifty years ago this December, residents of Henrico County and Richmond considered a referendum on whether to merge the two localities. The proposal, driven primarily by white political and business leaders within the city, was motivated by the city’s need for more land for industrial expansion — and hence a healthier tax base — and to prevent Richmond from becoming a majority black city surrounded by white suburbs.

The merger referendum failed. In Henrico, 61 percent voted against the proposal. Richmond leaders then (unwisely) turned down an opportunity to annex 16 square miles in Henrico on grounds that the deal was too expensive and didn’t include enough vacant land. For the rest of the 1960s, city leaders largely turned their attention westward and focused on annexing land in Chesterfield County.

The racially motivated annexation that eventually took place in 1970 led to a federal lawsuit that revolutionized Richmond politics. Unlike the proposed Henrico merger of 1961, however, the expansion into Chesterfield utterly failed to address the structural problems of a landlocked city with little room for industrial and commercial growth.

Residents of the Richmond region live every day with the failure of the early 1960s merger efforts. The projection of a majority black city surrounded by white suburban counties, whose residents worked in Richmond, came to pass in the 1960s and ’70s. Meanwhile, the Supreme Court rejected U.S. District Court Judge Robert Merhige’s historic plan to consolidate the region’s public schools.

Those trends and decisions locked into place a pattern: a landlocked city mired in ever-increasing poverty with a school system widely considered to be substandard. At the same time, the counties thrived economically, their residential bases growing. While the city’s middle-class tax base disappeared, the counties enjoyed an attractive mix of low taxes, efficient local government and good-to-excellent public schools.

That pattern also created a characteristic form of suburban politics: generally conservative, focused on preserving the county’s quality-of-life and educational advantages, and oriented toward fostering economic development, often in the form of what could be termed suburban sprawl — car-oriented, relatively low-density development. Henrico County also avoided constructing public housing units, or extending bus lines to connect the city to the county.

That pattern, however, finally may be breaking. Henrico steadily has become more racially and economically diverse during the past two decades, a trend that is beginning to translate into a more competitive and more interesting style of suburban politics. One sign came during the 2008 presidential election, when 56 percent of the county voted for Barack Obama, the first time Henrico had gone for a Democrat in more than half a century.

The most recent sign is the election of the Rev. Tyrone Nelson to the county’s Board of Supervisors on Nov. 8, defeating 20-year veteran James Donati. Before Nelson’s election, Henrico had had the same five supervisors for some 16 years. The Varina District was the only competitive race in the election, with the four other supervisors returning to office unopposed.

The changing demographics of the Varina District as well as growing public discontent with Henrico’s internal equities may signal an important shift. That Nelson, a black Democrat, defeated Donati by an 18-point margin truly was shocking. The large margin Nelson compiled in Varina, plus heavy turnout compared with the other districts without competitive supervisor races, also helped Democrat Shannon Taylor produce her upset victory in the three-way race for commonwealth’s attorney.

Nelson tapped into growing discontent in Varina, whose residents point to an aging high school and a general lack of public amenities as proof they’ve been short-changed. Henrico schools also are under federal investigation over concerns about racial disparities.

Nelson’s primary claim in the campaign — that Varina had been last in line for too long — was firmly challenged by incumbent Donati. He cited figures showing that Varina had, if anything, received more than its fair share during the past dozen years. He pointed to plans for a new Varina high school and a $20 million library approved in a 2005 bond referendum (although, six years later, it still hasn’t been built).

Then in an astonishingly ungracious interview given to The Richmond Times-Dispatch two days after the election, Donati implied that Nelson had misled voters and that his defeat was the result of the Democratic Party machine. Donati’s comments revealed just how out of touch he was with the majority of Varina voters and the district’s changing demographics.

Still, the question remains: Has Varina really not been getting its fair share from the county? The wrong way to answer that question is to look at — as Donati did — the total amount of resources the district as a whole has gotten. Such numbers mask the internal inequities within Varina. They also don’t take account that Varina residents may have different kinds of needs than affluent residents in the county’s West End.

A close look at Census figures reveals what an economically diverse area the Varina District encompasses. Of the area in 13 census tracts in Henrico County east of Creighton Road — almost all of which is in Varina — residents in only four tracts have median household income above the county-wide median, roughly $60,000 over the 2005-2009 period. But nine tracts are below that county-wide household median, six of which are 30 percent lower. Five Census tracts, including four tracts packed between Creighton Road on the west and Williamsburg Road and Interstate 64 to the east, report a poverty rate of 15 to 20 percent — comparable to some of Richmond’s inner-city neighborhoods.

While only 21.6 percent of Henrico’s residents live east of Creighton Road, they represent 30.3 percent of the county’s overall poverty.

Residents of Varina clearly have different needs: They need not just new schools and public facilities, but also more employment opportunities and better access to transportation. There was no sense that Donati understood this reality.

It’s unclear how Nelson’s election will change Henrico’s politics or how successful he will be at improving quality of life for his constituents. A key question is whether he can convince his colleagues that addressing citylike social problems in his district is in the shared interest of all county residents.

But make no mistake — this is a shake-up, and it may be the most interesting political event in Henrico in a generation. S

Thad Williamson is an associate professor of leadership studies at the University of Richmond.