A new documentary film tells the story of Richmond Cycling Corps and its outreach programs for the East End. 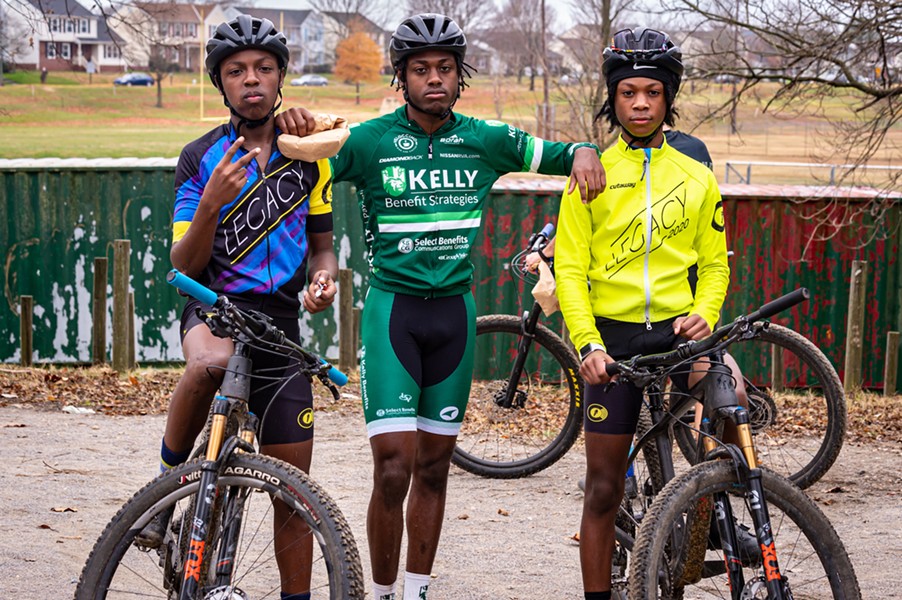 Demonte Cosby was born and raised in the Fairfield Court housing projects with many of his friends, family, and neighbors in and out of jail.

Young Cosby saw multiple people close to him murdered, including his father. At one time he went to four funerals in two months. It was a difficult time and although he wanted to do better, that world was all he knew.

Everything changed in 2015 when Cosby was introduced to Richmond Cycling Corps (RCC). In March 2010, Craig Dodson, a former elite cyclist and bio-mechanist, had the idea of pairing social outreach with cycling and began working with youth at the local Boys & Girls Club.

The mission of Richmond Cycling Corps is to educate and empower the lives of Richmond youth living in the heart of the East End by constantly pivoting towards relevant outreach. The median household income for Richmond is $45,117, while the census tracts that encompass Fairfield Court, Mosby Court, and Creighton Court have a median household income from $11,625 to $15,126. The children of those families are RCC’s focus.

By October 2013, the young cyclists of RCC had ridden the equivalent of over 3.5 times around the world. The Armstrong Bike Park was created in 2014 as the nation's first and only inner-city mountain bike park. Constructed on a 10-acre abandoned field within Fairfield Court, the 1.5-mile trail boasts 22 different skill features. The park was launched as a training course for the Armstrong Cycling Team and as a point of entry into mountain biking for inner-city area youth and Richmond Public School students.

Along with other kids in the neighborhood, Cosby was introduced to the sport of cycling and through RCC, he competed at races in the Virginia High School mountain bike races (VAHS) and National Interscholastic Cycling Association (NICA) leagues throughout the state of Virginia.

“We helped push him past where he thought he could go with cycling,” says RCC’s Director of Development Brad Kaplan. “Through cycling, via travel and outside interactions, he was able to experience how other people viewed the world and how they related to it.” Cosby began to see the possibility of riding beyond high school and during his senior year, he discovered Warren Wilson College near Asheville, N.C., a school with a premier cycling team. He’s currently studying Outdoor Leadership at Warren Wilson, along with riding for their team.

During the year of community college Cosby took prior to going to Warren Wilson, he worked with RCC to start a middle school cycling program at Anna Julia Cooper School. “He wanted to see other kids have the same opportunities he did, to be able to get onto a bike and experience something new,” Kaplan recalls. “To experience the beauty of cycling and see where that beauty can take someone.” 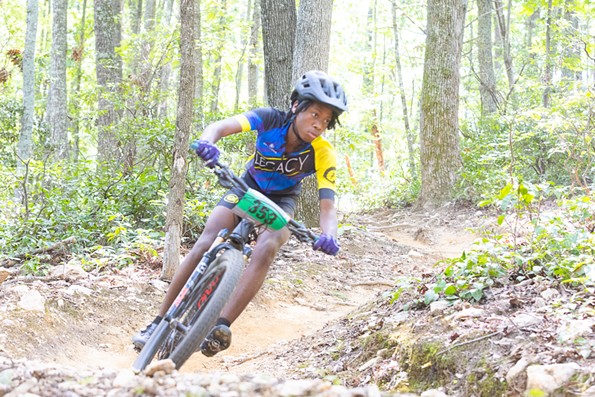 In July of 2016, RCC launched the Kickstand, a bicycle rental and service shop that the youth help manage near the Virginia Capital Trail. By 2021, RCC youth had collectively ridden over 8,900 miles and competed in 63 different competitive races.

By then others began to take notice of what was happening in Richmond. Shimano, a hundred-year-old Japanese bicycling component manufacturer with sales that account for 70% to 80% of the global component market, began supporting RCC with regular equipment donations. “The shipment in 2021 included 10 new bikes, a lot of new helmets, new shoes, apparel, and other bike-related equipment,” says Kaplan. “It was a program-changing donation that put our youth on par with anyone in the state.”

As discussions continued about the shipment, Shimano thought RCC might be an ideal subject for their Shimano Original film series which feature cycling stories. Anthill Films came to shoot in Richmond, as well as at a NICA race at Stokesville Campground in September 2021. “Our youth were both excited to be a part of the film and nervous about being on camera,” Kaplan says. “This documentary highlights them for their ability on their bikes and that’s something they’re excited to show.”

The purpose of the short film is to tell the unique story of a cycling organization that’s not entirely about cycling. The film will premiere May 16 at the Byrd Theatre, with drinks and snacks available, as well as a silent auction and raffle prior to the film. After the film, there will be a Q&A period and a short ceremony before announcing the raffle winners. With Shimano sponsoring the evening, all proceeds will go to RCC’s mission of serving East End youth.

Cycling allows young people like Cosby to get outside, be active, get away from structures that perpetuate poverty, improve their physical health and wellness, and spend time in green spaces. For others like him, RCC has provided a springboard to the rest of their life.

And while cycling is one of its main programs, at its heart Richmond Cycling Corps is about serving disadvantaged youth who live in public housing.

“We often talk about cycling as our hook because it’s how we get someone involved and build a relationship,” Kaplan explains. “Our approach has always been to provide quality, around-the-clock support for our youth and that type of support is only possible if we meet each individual where they are.”

Premiere of Richmond Cycling Corps documentary will be screened on Monday, May 16, at 7 p.m. at Byrd Theatre, 2908 W. Cary St., richmondcyclingcorps.org. Tickets: rccxshimano.eventbrite.com