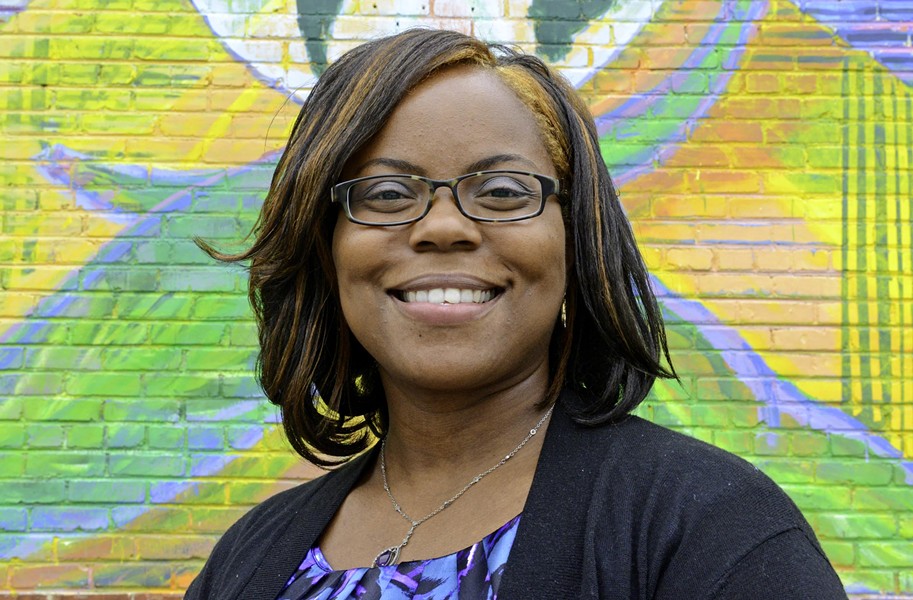 When Brandi Daniels attended the University of Virginia, she hauled ice and set up Gatorade and water stations during games for the football team. At the same time, she was a psychology major and pursuing the pre-med track — a lot to balance.

For this former valedictorian of John F. Kennedy High School (recently renamed Armstrong High School), who grew up in the Carver and Oak Grove neighborhoods, education was the tool to enable her to get out of those communities. And service instilled a drive to give back to them.

At the age of 20, a visit to South America with an international service program broadened her perspective. “I changed a lot,” she says. “Seeing someone walk barefoot on volcanic rock, giving them the resources that we could — not all of them, of course — overcoming the language barrier, there was a lot involved with that trip.”

She took the following year off from U.Va. and went into the AmeriCorps program, while working as a medical scribe in the emergency room of Bon Secours Richmond Memorial Regional Medical Center. “I got more concerned with what the patients were saying,” Daniels says, “what they needed, what resources they weren’t able to get.”

She also realized during that year that she didn’t have to be a doctor to make an impact on individuals and her community.

Now she heads the Youth Health Equity Leadership Institute. Within two years, she’s transformed the idea of providing leadership and health programs to youth in the East End into concrete, after-school projects in partnership with Communities in Schools of Richmond with city and Henrico districts, and the Armstrong Leadership Program. In the programs Daniels designs, she might focus on nutrition and teach simple cooking skills to students who live in food deserts. “It’s designed so that the students learn something,” she says. “They learn something essentially without knowing it.”

And she doesn’t leave that program behind when she leaves for the day. This year, she mentored two Armstrong students, helping them complete college applications and financial aid paperwork, and bought them supplies for the academic year.

Daniels, herself a first-generation college graduate, says her parents “emphasized the importance and role of what an education can do to transform your life.”