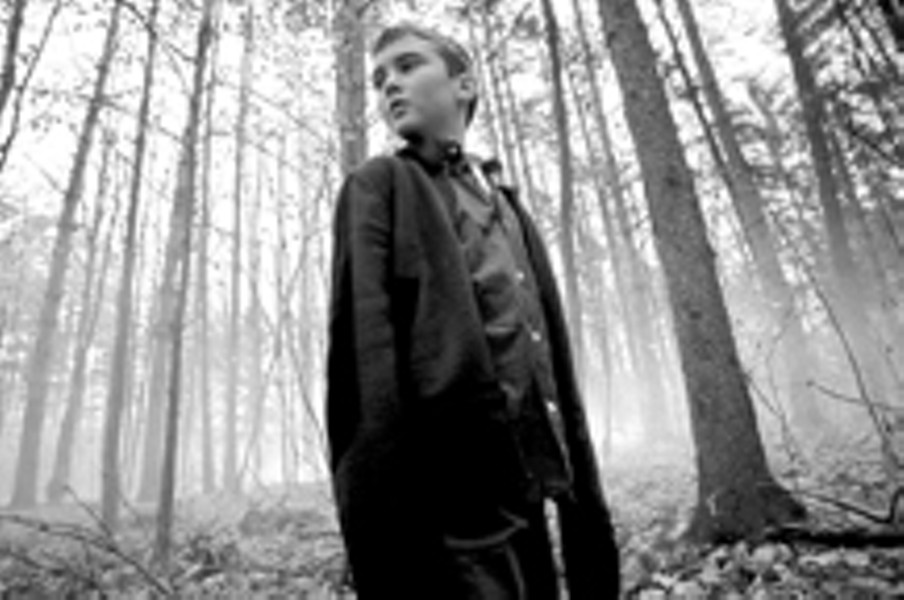 Installed in their own private Amityville, everything is fine for the Duncans until Adam passes the age at which he died. We’ve been warned about this, and we know when it happens because the score picks up a menacing tone. The new Adam gets a bad attitude, too, using an adult voice to tell his father he really doesn’t like him anymore. Paul and Jessie hear of problems at school and the boy is tormented by nightmares and visions.

Just when you think this is turning into a run-of-the-mill thriller, a novel concept is allowed to flash upon the screen: cell memory. Paul, a biologist himself (he’s a teacher at the local high school) thinks Adam may be remembering his first life from memories embedded within the original cell used to clone him. It’s an intriguing possibility, but just as you think it’s going somewhere, you find yourself adrift again in humdrum chases through the woods. Adam’s visions are growing more violent. Looking for him at dinnertime is getting scarier.

The focus of all this trouble is an 8-year-old with a personality only a mother would clone. It’s evident from all of Adam’s cutesy overacting that director Nick Hamm wanted to drive home Jessie’s love for him. Unfortunately, he forgot to make him a real boy. The kid doesn’t look a day under 13, but even real 8-year-olds have some pride. Precious and fawning, Adam is creepy in ways probably not intended. There is no real interaction between him and his parents, just scenes of the child flopping around in his mother’s arms like an overgrown puppy.

Kinnear does his best as the boy’s dad, trying to hold together an improbable role. Romijn-Stamos looks more like a stripper than the wife of a high-school teacher, and we’re sure any son of hers would be smoking by now. De Niro brings what we’ve come to expect during the later part of his career — the stable presence of star power and the promise of big acting-fireworks during the climax. When it comes, it is all sound and fury intended to dress up what is essentially a B-movie about split personalities. It’s no secret that the real stars are the surprising jolts and false endings. I could tell you that Dr. Wells rips off a mask in the end, revealing himself to be Hannibal Lecter, who eats the boy with a side of fava beans, and it would only be a little sillier than what really happens.

“Godsend” may have pretensions of new science and sophisticated ideas, but it’s only capable of eliciting involuntary responses, whacking us like a doctor’s reflex hammer. If the goal is to constantly startle with cleverly placed frights, the film is an undeniable success. Nevertheless, you could achieve the same experience by getting a family member to hide around the house and leap out at you when you least expect it. *1/2 S