Bounce Begins With B: A godfather of bounce, New Orleans’ Ricky B. makes his debut in Richmond 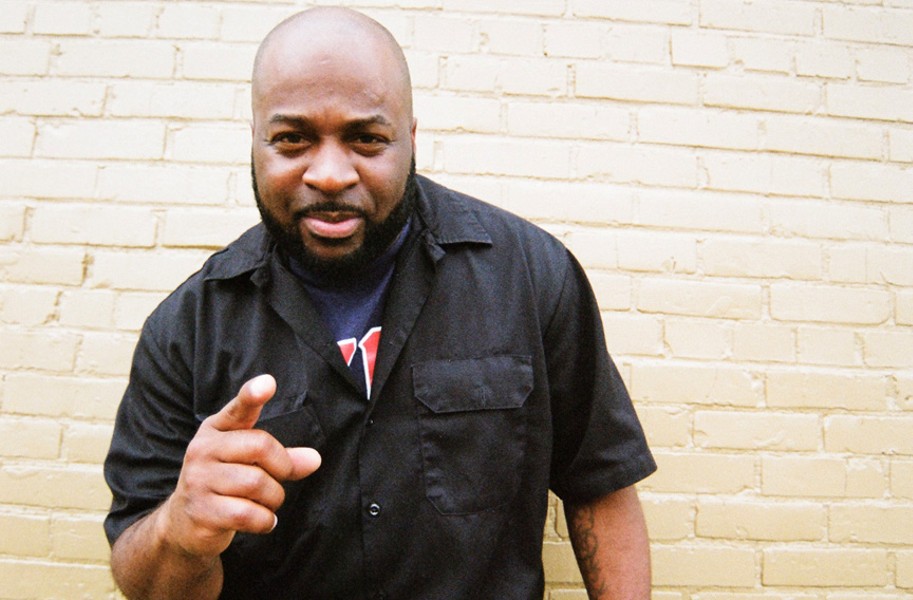 Talk to Crescent City natives and they'll tell you there's more to their magical city than beignets and French Quarter jazz joints. The sound of New Orleans extends far beyond the booze-soaked borders of its best-known neighborhood. From vibrant second lines and percussive beats pounding out of Congo Square to a fierce indie hip-hop and house-show scene, this place sits still about as much as the mighty Mississippi that flanks it.

No style, however, is more rambunctious and engaging than bounce.

These days bounce is synonymous with artists like Big Freedia and Sissy Nobby, who introduced the mainstream to the raucous one-bar Triggerman beat blasts, synthesized refrains, and call-and-response chants. But it can all be traced back to Ricky B. and friends kicking it in the 17th Ward at a tiny club called Ghost Town.

"Back then, New Orleans was a wild place. Lots of violence, but it was always fun. In the chants, we'd make people want to get rowdy in the club, give shout outs to the toughest and baddest ward," says Ricky B. "Every artist knew they didn't have to have lyrics, you know. They could just call and response. That made it popular."

As a rapper who adored N.W.A., he didn't think he could be part of that scene. That changed when someone played him a bounce beat with a Staples Singers loop and he started laying down lyrics. One of bounce's seminal tracks was born.

"'Shake for Ya Hood' made me part of a genre, you know? I wasn't thrilled with the way that record turned out, but I loved bounce music because really, it's all about that beat. Like one of my lyrics — put lyrics on the boss track!" he says, laughing.

After Ricky B. saw the crowd respond, he was hooked. It took him to the New Orleans Jazz Festival years later, a moment he considers a career high point. As bounce evolved, a new sound emerged in the mid-2000s. "Freedia, Nobby, and Katey Red started doing what we call fast-paced bounce and the slower pace style kinda died out," he says.

The pioneer admits that he slacked off a bit after Hurricane Katrina. As the new school came in, he felt a little antiquated. He eventually realized bounce is open to everyone and keeps going as long as an artist is creative.

Sometimes creativity means reuse of other artists' work, and that's something Ricky B. says people might be surprised to know about bounce. "We sample a whole lot. Case in point, Adele's record — we put the bounce beat behind that. Man, I tell you — that beat brought Adele to the bounce community. I thought when she came to town she was gonna do that version — but she didn't," he says with a laugh.

As bounce is introduced to the mainstream and New Orleans grows increasingly gentrified, is real local music in jeopardy? Ricky B. says worry not.

"It'll persevere. Local musicians are legends in the city and we stick to what we know. We won't change our sound. Gentrification might take place and the projects might be gone, but the wards that they existed in are not. People from this city will always remember bounce, and we'll keep giving it. That's their old school."

The bounce godfather has never played Richmond, but he has passed through and can't wait for the chance to bring NOLA to River City, including a few live brass musicians.

"I said, 'do whatever it takes to make it happen. I wanna perform in that city,'" he says. "It reminds me of New Orleans, it's unique and I think I can get intimate with that."