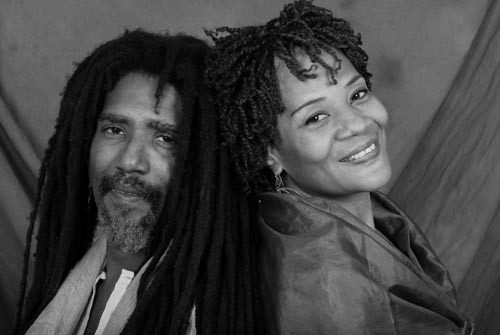 Decoded, the name says it all. Boukman was the Voodoo priest who started the 1791 Haitian Revolution (thus the guy Pat Robertson blamed for last year's earthquake) and “Eksperyans” was inspired by the Jimi Hendrix Experience.

The band's music is a happy mAclange of spiritual tradition, political awareness, and propulsive rock 'n' roll — the same things that influenced reggae, but realized through an entirely different cultural awareness. Its latest CD, “La Revolte Des Zombies,” is a mix of slashing and soaring guitars, cheerful unison chants, rap, Afro-Caribbean rhythms and a closing declamation of self-determination. The style is called “mizik razin” (or “roots music”), but if it's covered with tradition it's not mired in it.

This music from Haiti, on the short list for hardest-luck nation of all time, often is bright, sometimes angry, sometimes hopeful, and charmingly unburdened by nostalgia.